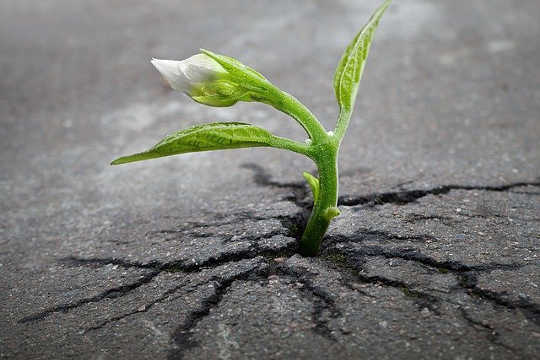 Mercury stations retrograde in 12th degree Scorpio on 14 October, 2020. It retrogrades into Libra on 28 October and stations direct in the 26th degree of Libra on 3 November, finally passing its original retrograde degree in Scorpio on 20 November 2020

Mercury in Scorpio will not rest until the very root of a matter is exposed. It challenges us to seek out hidden agendas and obscured facts, resisting the misdirections cast by those who prefer we (or they) remain in the dark. When retrograde, this Mercury pursues truths so profoundly obscured they must fight with every last breath to survive. In doing so it challenges the machinations of deception and propaganda turning the wheels of fear in this increasingly dysfunctional world.

Opposing Uranus as it stations retrograde, this Mercury promises some interesting and unexpected revelations in the coming weeks. Watch out for hidden motivations revealed, lies exposed and the up-ending of seemingly solid assumptions in the face of new information that enters the public sphere.

In response we may well see an increasingly intense movement of denial, manipulation and deception by those who would prefer such information remain under wraps. Try not to be disheartened by this. The ebb and flow of revelation and reaction will continue for some time yet, but with each wave that crashes upon the shore of truth, the underlying deception is weakened at its core.

Question all things. Stay alert. Keep your mind open and your heart awake to those places where love is sorely needed to facilitate our passage into the melting pot of change.

The new super moon in Libra occurring on October 16 reminds us that awareness of our interconnectedness must form the heart of what happens next. We cannot and do not act alone, for even the most apparently isolated individual is part of the energetic web out of which we all arise. Every thought and action has consequences so we must think and act well.

Mars and Eris oppose the Sun as Mercury turns retrograde, so it may be difficult to avoid some battles ahead. With so many opposing forces in this world, conflict is woven into the current evolutionary arc. Our power lies in what we contribute to it. Do we come to the table with patience and a willingness to listen or with loud hailers to drown out the other side? Do we contribute to polarisation or seek common and fertile ground? Do we pick our fights carefully or jump into every argument with our lines prepped and our intention to win the day?

With many formidable forces of oppression openly active in our world today, it’s hard at times not to feel hopeless about how things progress from here. But the super new moon on October 16 awakens the courageously compassionate heart which embraces the world with such tenacious love that nothing can stand in its way. And when Mercury retrogrades into Libra on October 28, its direct impact on our personal and global relationships will become ever clearer as people in increasing numbers become the change they want to see, occupying their sovereign selves without apology.

The Sabian Symbol for Mercury’s retrograde station degree is ‘an embassy ball’. Here we see the global elite relaxing under the protection of international accords, safe in their ivory tower of privilege. What an interesting image for these times! As Mercury illuminates this degree, those who misuse that power are put under notice that their time and influence is running out. The deference of popular opinion is giving way to self-empowerment and a rejection of fear-based subservience which hijacks our innate sovereignty.

That said, patient forbearance is also required, for the rewards of this retrograde season will not be immediately apparent. Indeed, we may initially feel Mercury’s touch as a setback which challenges us to confront where we’re not as secure, sorted or informed as we previously believed. This passage of Mercury is ripe for the questioning of past certainties amidst a burgeoning need to break free from former perspectives increasingly misaligned with the developmental arc of recent events.

October 2020 will see a burgeoning realization that gathers pace through November and December as increasing numbers of people awaken to a world they can neither recognise nor endorse. During the final three months of this year there will be deep and penetrative inner work to do if we want to capitalise on these revelatory energies and turn them into a force for positive, freedom-focused change.

As such, the imperative of this time is honesty – with ourselves and each other. If we can recognise where we’ve been lulled into a false sense of security, given away our power or accepted half measures as better than nothing at all, we’re laying the groundwork for the final conjunction of Jupiter and Pluto on November 12, 2020, when issues which first arose in March and April of this year will reach an initial head before the December 2020 conjunction of Saturn and Jupiter further destabilises their foundations.

We’ve everything to play for!

So, this passage of Mercury retrograde won’t deliver the goods itself, but instead places the order for them in the field of potentiality from which our future arises. If we find ourselves hesitant at this point, uncertain we have what it takes to move in the direction our heart points, Mercury retrograde reminds us we must be prepared to make mistakes in order to make the right move.

We can do nothing if we demand guaranteed and fool-proof results. There are no guarantees, but we have everything to play for. Intention is key and all actions born of wisdom and love, even if they land off the mark, still contribute a balancing energy to the narrative of infantilising fear and the currency of divide-and-rule perpetuated across our world today.

With Saturn and Pluto both direct once more, many in authority will be seeking to further their agenda in decisive and practical ways. This passage of Mercury retrograde augurs an opportunity to reflect on how we can each affirm love, hope and wisdom as the building blocks of our personal and collective future to counter the fear, control and manipulation that currently abounds.

However this passage of Mercury touches your life, remember it’s just the beginning of a deeper and more complex working through of current evolutionary energies. There’s still much we simply cannot see from our current vantage point. But the seeds planted in the soil of our present promise to produce an abundant harvest if we tend them well. by Gwilda Wiyaka
From culture to culture there are similar themes. Ancient civilizations and societies including…