Why Vulnerable Workers Have Been Hit Hardest By The Pandemic 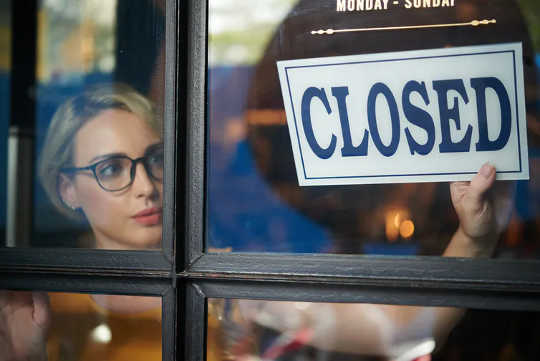 Deprived communities and the most vulnerable in society are bearing the brunt of hardship in the pandemic.

Various forms of state intervention, such as furlough and job support schemes, VAT reductions and mortgage holidays, have been used to mitigate financial hardship for many. Yet barely enough has been done for the most vulnerable.

My research on deprived communities, social problems and welfare reform has been underpinned by how societal factors determine the ways ordinary people live and make sense of their lives.

More than anything else, it is economic and political forces that shape the opportunities available to people and which determine their chances to succeed.

The consequences of the coronavirus pandemic have affected some groups more than others – in particular, workers whose jobs rely on social contact. Neglectful government policies have done little to help this group in particular.

First, the closure of schools put further strain on families who rely on the financial and social support that schools provide. For some of the most deprived communities across Britain, schools offer a community space where children are not only educated but cared for and even fed.

Next came the tidal wave of redundancies. The number of people falling into deep poverty is expanding rapidly. They include service-sector workers – transport workers, retail assistants and cashiers and bar and restaurant staff. 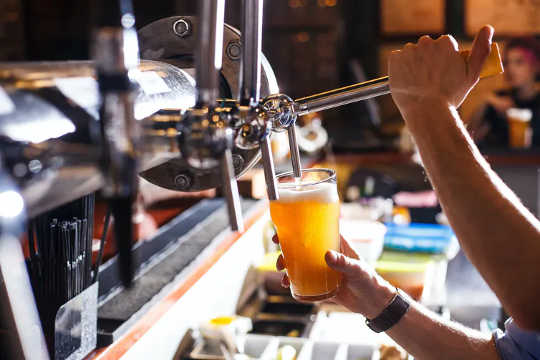 Service sector workers, such as pub staff, have been vulnerable to losing their jobs or income as a result of the pandemic. Anton Bannov/Shutterstock

These are the frontline workers of Britain who are not only more likely to be at risk of catching COVID-19, but are also most likely to lose their jobs or see their hours cut as a consequence of the virus.

If We Really Want An Ideas Boom, We Need More Women At The Top Tiers Of Science

Could A Robot Do Your Job? Short Answer Yes

Workers in these service-sector occupations are more likely than others to have been let go during or after periods of lockdown. They work for pub chains like Greene King, which has closed 79 sites and cut 800 jobs, or shops like the retail company Monsoon, which is closing 35 stores across the UK, leading to 545 job losses. The people who work in these service-sector jobs, and many others like them, are presently being hit the hardest.

The service sector largely relies on precarious workers – people in low-skilled, low-paid, and insecure forms of employment. These workers and their families lack basic security and are the most vulnerable to economic shocks.

In 2016, some reports estimated there were seven million precarious workers in Britain, though “precarious work” is often difficult to measure. Many of these workers are on zero-hour or low-hour contracts – like those who were let go when the cinema chain Cineworld announced the temporary closure of 127 sites, with an expected 5,500 job losses. Zero-hours workers like these may not qualify for a redundancy payout.

Some have fared better than others in this crisis. When the government asked the public to work from home, it was managers and senior officials and those in professional occupations who were more likely to be able to switch to remote working – not the cleaners, retail workers and those in the hospitality sector.

A new three-tier system with different lockdown measures has been introduced in England in an attempt to curb the spread of the virus. Liverpool has been placed under the highest tier, with a new local lockdown resulting in the closure of pubs, gyms and betting shops.

Liverpool is a city with a local economy that thrives off the nightlife, entertainment and hospitality scene. The lockdown measures will have a devastating impact on the lives of working-class families across the city. Like other northern cities, Liverpool has suffered from economic deprivation and a lack of government investment.

The Liverpool City Region mayor, Steve Rotheram, urged the government to act quickly to rescue the city, whose hospitality and leisure sector employs around 50,000 people. The sector contributes £5 billion to the local economy each year.

Among others affected, the restrictions will decimate the incomes of bartenders, restaurant waiting staff, local musicians, nightclub workers and doormen and women who rely on picking up shifts in a precarious economy. Many also rely on cash-in-hand payments, as both wages and in tips.

The government currently has nothing significant to offer the most vulnerable in this economic crisis. There is no package to better help northern cities like Liverpool, or to help precarious workers up and down the country who don’t qualify for furlough or self-employment schemes. Even those who must reluctantly turn to universal credit have to wait for payment.

As the least well off are hit the most by the economic consequences of the virus, social inequalities in Britain are being exacerbated. How To Free Yourself from Regretting the Choices You’ve Made

by Noelle Sterne, Ph.D.
Do you regret choices you’ve made, opportunities you think you’ve lost, time you see as wasted? If…

by Irene O'Garden
Our five senses, our fantastic curiosity, our exhilarating emotional capacity are just a few of our…