They Do Make a Difference! Intention, Visualization, Meditation, and Prayer 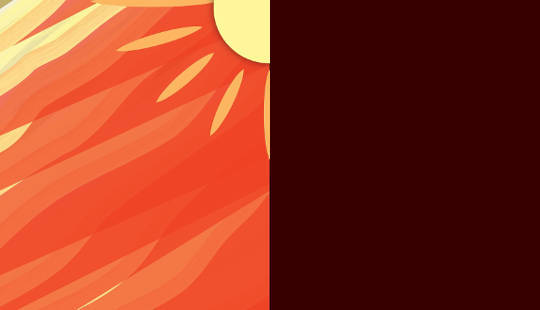 In the shadow of a global authoritative machine that is firmly entrenched in duality and separation, we might well wonder how such a system can be positively transformed. To put it simply, the answer is through Love. This is not merely an ideal without any basis in reality; it has been scientifically proven, recorded, and officially documented as shown in the following examples.

When enough people join together with a unified vision and intention, especially when working through the mediums of prayer, visualization, and meditation, effecting a physically tangible and visible change becomes possible. In the late 1980s, Princeton University in the United States conducted a research program titled the Global Consciousness Project that set about proving that human feelings affect the quantum field. The same principle was applied in recorded experiments that took place during the Israeli-Lebanese war in the mid-1980s.

In 1988, the Journal of Conflict Resolution wrote about these experiments in an article titled “The International Peace Project of the Middle East” in which it documented the activities and results of a group of peace activists who had been placed in various war-torn locations. Each one of them was working with a mode of prayer in which one feels the feeling of peace as if it had already happened.

During the window of prayer, terrorist activity was observed to have dropped to zero. Targeted experiments took place on different days, weeks, and months, at varying times, and still it was scientifically recorded that when people prayed in unison with a single focus of feeling the feeling of peace as if it were already so, the results were always the same: a dramatic reduction or total absence of violence or conflict.

It was shown that distance was a nondetermining factor as experiments were conducted across the internet with thousands of participants from all over the world. Statisticians have determined that the exact number of people required to do this successfully equates to the square root of 1 percent of any given target population. There are nearly eight billion people in the world, and it has been cited that just over eight thousand are needed to do this to effect a change.

It is important that the prayer comes from the depths of the heart and is felt as a whole-body prayer, so the energy of love and conviction flows through the cells, organs, skin, and blood of the body as well as the mind and the Soul. This is then transmitted into the quantum field.

This proven phenomenon is one way that we, together, can create peace. Imagine just one billion people (the total audience that watched the 2018 football World Cup) feeling the feeling of peace on earth as if it had already happened . . . this could truly change the world. The challenge is to be able to continue to hold that feeling in almost every moment.

Feeling Is a Prayer

In his book The Secrets of the Lost Mode of Prayer: The Hidden Power of Beauty, Blessings, Wisdom, and Hurt, New York Times bestselling author Gregg Braden states the following:

The secret of the lost mode of prayer is to shift our perspective of life by feeling that the miracle has already happened and our prayers have been answered. Now we have the opportunity to bring this wisdom into our lives as prayers of gratitude for what already exists, rather than asking for our prayers to be answered.

Feeling is prayer in its purest and most potent form. Whether we are in love, peace, joy, fear, sadness, or anger, we are praying all of the time because our feelings are prayers. Human beings are feeling beings, and so life itself is a living prayer.

As long as we hold peace, love, and joy in our hearts, our lives on Earth reflect this. All that we most long for—beauty, joy, love, fulfillment, unity, harmony, and peace—are only a prayer away. Imagine what life on Earth would be like if nearly eight billion people were all experiencing the same feelings of beauty and love at the same time? Transform our feelings, and we transform the world.

The peace centers of the Zen Master Thich Nhat Hanh are examples of where the practice of holding a vision of a world that is thriving in peace and love is alive and strong. A great bell tolls at regular times, calling the entire community to stop whatever they are doing, pause, and mindfully center themselves in peace and love.

It is possible to feel the feeling of peace in every moment. The answer to global peace is to be found within each one of us. Love is the answer and we, by our very nature, are Love: We truly are the change we wish to see in the world.

Deep conviction and an unshakeable belief in an ideal outcome are powerhouses for transformation. As Jesus was reported to have said, you can renew your life with your beliefs. Two thousand years later and quantum physics and cutting-edge science are telling us the same thing.

Almost eight billion people are communicating with the quantum field all of the time, and this field is a reflection of both the consciousness and unconsciousness of the collective. In observing the world around us, we begin to gain some insight into the physical, emotional, mental, and psychological state of the people who inhabit it.

Love Is a Living Prayer

Humans are fundamentally loving beings and in that we could say that Life and Love are a living prayer. Love, joy, unity, harmony, peace, and fulfillment are only a prayer away. Imagine the square root of 1 percent of the world’s population feeling the feelings of these beautiful states and radiating Love all of the time . . . that would indeed be a Golden Age.

Personal and global transformation and the cocreation of Heaven on Earth become real possibilities when we join together as empowered beings bonded in the Consciousness of Oneness. The experiments conducted on the impact of collective intention for transformation demonstrate that trauma and crime are dramatically reduced when a unified group focuses on feeling the feeling as if it (whatever is being focused on) has already happened.

Yet, the same experiments also revealed that the measurable results were temporary. This is most likely because after the prayer events had concluded, many of the participants would have returned to their everyday lives, which may not have reflected the ideals they had been praying for. Immersed back into the field of a dysfunctional and disharmonious world, on an unconscious level they were, once again, entrained with aspects of it.

We each need to become Self-aware, Self-responsible, and Self-accountable. It is our unstinting efforts to heal and become integrated at the deepest levels of our own being that will transform us into inspired visionaries and effective cocreators of a peaceful and harmonious world.

And The Answer Is...

The answer to the question, How do we transform a system that is dysfunctional and corrupt? is Love, and joining together in and as Love, in our hundreds, thousands, millions, and billions and feeling the feeling of peace on Earth as if it is already so.

In 2013, I wrote twenty-two contemporary prayers for inner and world peace. The following verse is taken from one that is titled “Sovereign Being I AM”:

When billions of people are centered in Love and have attained a state of sustained inner peace then world peace automatically follows. Fundamentally, there are two abiding questions we can apply to any situation:

2. What would love have me do?

These questions take us out of our minds and into our hearts and serve as new paradigm mantras for these transformational times.

Reprinted with permission of the publisher,
Bear & Company, an imprint of Inner Traditions Inc.
©2021. www.innertraditions.com

BOOK: Love, God, and Everything

Love, God, and Everything: Awakening from the Long, Dark Night of the Collective Soul
by Nicolya Christi.

Humanity is undergoing a planetary wake-up call: in order to survive the global spiritual, ecological, and cultural crises we now face, the long, dark night of the collective soul,we need to consciously evolve, heal our generational trauma, and awaken to the amazing potential we each hold for profound transformation.

In this sweeping exploration of love, consciousness, and awakening, Nicolya Christi offers a deep investigation of the Great Shift of Ages that is now occurring. 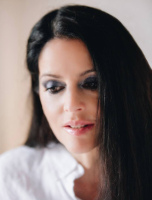 Nicolya Christi is an author, writer, and visionary. Her work is founded on spirituality, metaphysics, philosophy, and psychology. She has developed various psychospiritual maps and models for evolving consciousness and brings unique new theories to the psychological and spiritual domains, all of which are inspired by extensive personal experience in these fields.

More Books By This Author Reawaken Your Potential and Participate in Planetary Rebirth Reawaken Your Potential and Participate in Planetary Rebirth (Video) by Pierre Pradervand
It is a great platitude to say that the world is getting more and more complicated and complex.… A Blessing for Ukraine and for Vladimir Putin

by Pierre Pradervand
It is important to remind ourselves that blessing often flies in the face of material evidence,… by Elisa Romeo and Adam Foley
Journaling is a particularly powerful way to connect to Soul. In fact, if we were to advocate for…