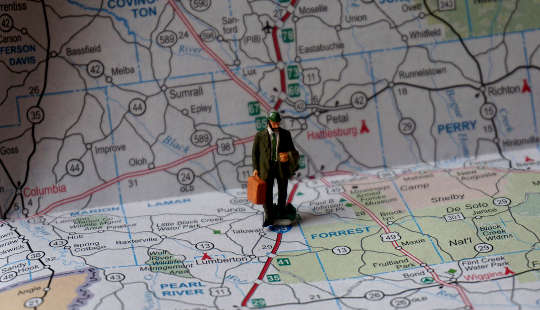 When I was a child, my family attended church regularly. I served countless masses as an altar boy. It was my nature at a very young age, as it has been all my life, to be observant and contemplative. I observed the restrained and reverential behavior of people in church. They crossed themselves with "holy" water as they entered, bowed, genuflected, stood, kneeled, and prayed in reverent obedience.

I also observed, curiously, that many of these same sanctimonious people were often irreverent, insensitive, and sometimes cruel outside of church. I sensed, instinctively, that there was something wrong. I did not yet know the word "hypocrisy".

As I continued to observe life, I was struck by how we seemed to complicate it unnecessarily. I thought to myself, "Life is not this complicated. Why do we make it more difficult than it is?" Wherever I went, as the years passed, I observed similar hypocritical and counterproductive behavioral patterns that I found disturbing.

I went on to live a very unusual life of many rich and diverse experiences in a variety of careers. Later in life, I studied at two of the world's most renowned divinity schools -- Yale and Harvard. At the latter, I earned a master of divinity degree.

The Natural Evolution of Religious Ideas

I went to these schools to study ethics, issues associated with global ecological problems, and world religious belief systems. I went to continue on the learning track I had been on all my life. I was fifty years old the year I graduated from Harvard. As an older student, I remained objective in my study and analysis of world religions.

I studied all the major world religions. While they are all interesting and rich in history and rituals, one finds that they remain human constructs formed thousands of years ago in the infancy of our intelligence by people like you and me. The historical context and ancient mindsets that produced these belief systems are abundantly evident. Clearly they are all a part of our very early efforts to understand and cope with the withering and unrelenting demands of life. As such, they should be treated like all other institutions that we have created. Now, ancient and antiquated, these religions should be studied as history, not adopted as belief systems.

No disparagement or disrespect is meant by that statement. I appreciate the good efforts of all those who have preceded us honorably. We are no different from them in our quest for life's ultimate answers. Ghandi said it best when, with great candor, he observed that "Religious ideas are subject to the same laws of evolution that govern everything else in the universe." In other words, there comes a time to let go of dated ideas and advance as life demands, just as we do in every other field of endeavor.

The study of religion, costly in time and funds, was a liberating and rewarding experience. It cleared my mind of the false religious dogma that as a child I was programmed -- literally brainwashed (by the church) -- to believe, just as children are today. That clearance was the second most valuable benefit I derived from my divinity school experience. The most valuable benefit was the discovery, on my own, of that for which I was searching. It happened like this:

With a cleared mind, I compared and contrasted our present circumstances with our ancient past. To paraphrase sociologist Lester Milbrath, over time we have developed an integrated and complex social, technical, and economic system so powerful that we can dominate and destroy each other and the rest of the natural world. Alongside it, we have retained an ethical system based on very old ideas.

Ancient western religions, for example, would have us believe that a god exists as a monarch, rules over a kingdom, is distant from the world, relates primarily to humans, and saves whatever he chooses, thus relieving us of our responsibility for saving ourselves and other living things. Science, on the other hand, explains our physical world but provides no moral guidance for living within it.

The lack of congruence between our major inherited religions and the power and exuberance of our modern world is gravely problematic. This is a reality that most of us choose to deny, or one of which we are unaware, and one that is perpetuated by clinging to ancient notions of what is sacred.

In a brilliant statement some twenty-six hundred years ago, the Buddha said, "To insist on a spiritual practice that served us in the past is to carry the raft on our back after we have crossed the river." Having crossed the river myself, so to speak, it was time for me to examine the concept of sacredness. A modern belief system must be based on a current understanding of what is sacred. But who is to say what is sacred, the scientist or the priest? Where does the truth lie?

Truth Is Found In The Lives We Live

In an article entitled "What Does it Mean to be Religious?" Dr. Clinton Lee Scott wrote, and I agree, that no one person or category of people has the inside track on truth. Truth may be discovered ". . . by scientists, poets, prophets, housewives, and garage mechanics. And always by the one way of human experience.

"Truths are derived from the experience of men and women living not apart from the world (not cloistered away), but within it, in all the temptations, problems, and perplexities of the daily round of human relations. It is in this round of the common everyday life that to many of us religion must have meaning, if it is to have any meaning at all. Not in formal observances, not in creeds or doctrines, however long ago proclaimed, but in the lives we live, in the home, in the community, and in the world, is the religious way of life to be found."

Reprinted with permission of the publisher,
Hampton Roads. ©2001.
www.hamptonroadspub.com

Seven Words That Can Change the World: A New Understanding of Sacredness
by Joseph R. Simonetta.

To follow these SEVEN WORDS requires entering into a clear understanding of the reality in which we exist. Only then, will we improve the quality of our lives, arrest and reverse our destructive and unsustainable momentum, end our needless suffering, prosper together, find peace, sustain humanity, and advance our civilization. 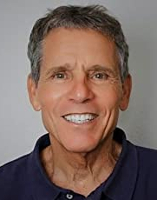 He has been an Army officer, a professional athlete, a computer programmer, an entrepreneur and businessman, an architectural designer, an environmental activist, an author, twice a nominee for Congress, and a nominee for president. This book is based on his lecture series, "Astonish the World, Tell the Simple Truth." by Joseph R. Simonetta
Many of us are familiar with the Ten Commandments, written some thirty-three hundred years ago. We… Spiritual Development in The Moment Itself: Experiencing Sufism

by James Dillehay
It is said that when the student is ready, the teacher may physically appear and guide them in…