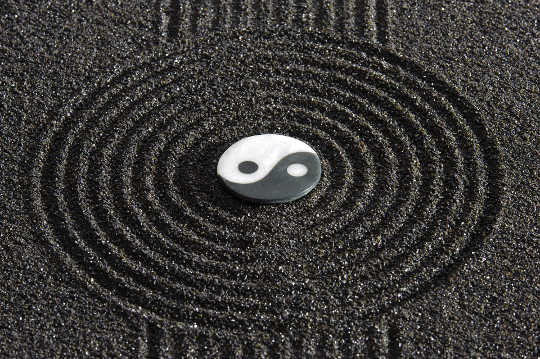 I have long been fascinated by the phenomenon of crop circles. In 1994 I made a pilgrimage to England to study the mysterious formations, appearing consistently now for over 20 years. While the glyphs have been the subject of controversy and some have been fabricated by hoaxers, an intelligent study of them points sharply toward the expression of interdimensional intelligence. (For an illuminating overview of the state of the art in the crop circle phenomenon, watch the DVD What on Earth?

Michael Glickman, author of Crop Circles: The Bones of God, is a renowned architect who illuminates the sacred geometry behind the crop circles. Michael identifies two distinct camps of crop circle investigators: “One camp is founded in scientism, focused on the study of various chemical and electromagnetic forces associated with the circle formations.

While that’s interesting, a far more significant camp explores the meaning of the formations. Who is communicating to us? What are they trying to tell us? How will this extraordinary phenomenon affect the destiny of humanity and enrich the quality of life on earth?”

The Gift in The Experience of Life

Whether or not you believe the crop circles are a paranormal communication, Glickman underscores a broader lesson in the distinction between mechanics and meaning. To know how things work is important. Yet knowing how things work is useless unless you know why things work.

If you are obsessed with the details of life, you may miss the experience of life. “To receive the gift of a Rembrandt painting, you must let the painting speak to you,” Glickman suggests. “You feel it, absorb it, and live it. If you spend all your time analyzing the chemical composition of the paint, you miss the purpose of the painting.”

Missing Out On Life

This lesson is brought home by the Sufi rascal-sage Nasrudin, who was traveling on a ferry boat when he was approached by a pompous intellectual. “Have you ever studied astronomy?” asked the professor.

“I can't say that I have,” answered the mystic.

“Then you have wasted much of your life. By reading the constellations, a skilled captain can navigate a ship around the entire globe.”

A few minutes later the learned one asked, “Have you ever studied meteorology?”

“Well, then, you have wasted most of your life,” the academician chided. “Methodically capturing the wind can propel a sailing ship at astounding speeds.”

After a while the fellow inquired, “Have you ever studied oceanography?”

“Ah! What a waste of your time! Awareness of the currents helped many ancient peoples find food and shelter.”

A few minutes later Nasrudin approached the scholar and asked, “Have you ever studied swimming?”

“Haven’t had the time,” the professor haughtily responded.

“Then you have wasted all of your life — the boat is sinking.”

Considering the challenges facing humanity, one might wonder if it’s time to put less emphasis on activity and more emphasis on awakening. Less what and more why. The form of life is the chalice through which we drink the essence of life.

In the classic film To Sir with Love, a high school student develops a crush on her English teacher. Eventually she gathers the courage to send him a love letter. A few days later she is thrilled to receive a response from him. When she opens the envelope, however, she finds that he has simply corrected the spelling and grammar of her letter, the paper filled with red marks. He made no response to her communication. He analyzed the form, but missed the message.

To See A Miracle, Shift Your Perception

A Course in Miracles defines a miracle as “a shift in perception.” Miracles don’t always change the facts of life, but they do change the viewing point of life. It’s possible to live in a miraculous universe, but not know it because you are looking elsewhere. C.S. Lewis declared, “Miracles are a retelling in small letters of the very same story which is written across the whole world in letters too large for some of us to see.”

Our culture is saturated with mechanics while starving for meaning, filled with the mundane while famished for miracles. While  crop circles offer us signs in fields of wheat, the universe is offering us signs in the fields of our lives. One message on both fields might be to get our heads out from under the hood and catch a glimpse of the widening highway before us.

In a world where fear, crisis, and insufficiency dominate the media and many personal lives, the notion of claiming contentment may seem fantastic or even heretical. Yet finding sufficiency right where you stand may be the answer to a world obsessed with lack.

In his warm, down-to-earth, and believable style, Alan Cohen offers fresh, unique, and uplifting angles on coming to peace with what is before you and turning mundane situations into opportunities to gain wisdom, power, and happiness that does not depend on other people or conditions. Peppered with many true-life anecdotes and inspiring examples, Enough Already embraces the desire for change and improvement as part of the journey. by Alan Cohen
Today's Inspiration is a short message to help set the tone for this day. It is linked to a longer…