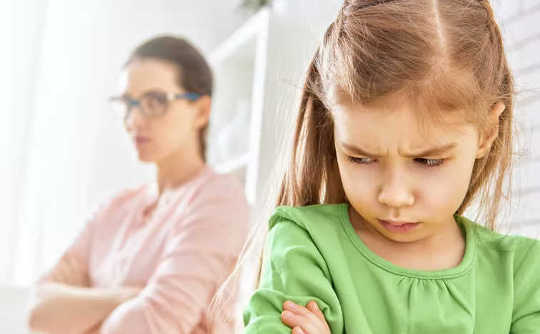 The question of whether it is ever acceptable to smack a child – hitting them with the flat inside of the hand with the aim of achieving compliance – is still highly controversial. In England, this controversy was recently reignited by the education secretary, Nadhim Zahawi, who has said that “the discipline of children should be left up to parents”.

Smacking is currently illegal in 63 countries, including Wales and Scotland. In England and Northern Ireland, though, parents remain free to smack their children.

Typically, the main argument against banning parents from smacking their children is based on respecting parents’ rights. Zahawi said that the state should not “nanny” parents about how to raise their children.

In contrast, child protection groups and psychologists argue that the decision on whether to ban smacking should be based on what is best for the child rather than the parent. They point to psychological research as a source of information on whether smacking is good or bad for children.

Often, children still do not obey parents’ orders after being disciplined. And even when they do, a punishment such as smacking does not help the child understand why their actions were wrong. This is because sometimes the discipline comes with no explanation.

Also, the child may be too caught up in their own emotions to be able to understand why their actions were wrong. In the future, the child may follow their parents’ orders because of a fear of being physically punished again, not because they understand that it is the right thing to do.

In terms of how it affects child development, physical punishment has been linked with behavioural, social and mental health problems throughout childhood and adolescence. Children are more likely to have emotional and mental health issues, such as anxiety and depression. They also have more chance of developing aggression and of engaging in risky behaviours. These effects can harm the relationship between the parent and the child and between the child and their peers.

A strong argument against the use of smacking is that children who are smacked are at higher risk of experiencing maltreatment and abuse by their parents. This is because over time it may take more and more force to have the same effect.

Parental stress plays an important role in the use of physical punishment. When parents are stressed, they are less sensitive towards their children’s needs and are more likely to use harsher discipline, such as smacking.

A parent who occasionally smacks their child may end up smacking their child more often or using harsher forms of physical discipline when they become stressed. Smacking is an emotional response, often done when parents do not know how to control their children.

My colleagues and I at the University of Winchester conducted a study during the first COVID-19 lockdown in the UK. We asked 322 parents about their stress levels and their discipline practices.

Unsurprisingly, parents reported being much more stressed than before the pandemic. Parents who were very stressed reported disciplining their children more frequently and being harsher with them. Our findings are consistent with multiple reports claiming that the risk of violence against children increased worldwide during the COVID-19 lockdowns.

Nevertheless, some psychologists have argued that we cannot categorically say that smacking is negative for children. In some cases the studies examining smacking do so in combination with other forms of corporal punishment, such as punching or hitting. Therefore, they argue that the real effects of smacking on children’s development may have been exaggerated.

However, one finding is clear amongst the controversy about smacking. It is never positive for children’s development.

Research evidence overwhelmingly shows that physical punishment such as smacking has negative outcomes. Parents can use a range of other forms of discipline to help children understand why their behaviour is wrong. These include time out (removing a child from an environment where they are doing something that they should not do), reasoning with the child, or taking away privileges, such as removing their video game console for the weekend.

Parents should use these discipline techniques instead of smacking.