The Only Easy Day Was Yesterday (Video)

Tomorrow always will come.
It is up to you to be ready for it,
to shape it and make it what it will be.
-- Jason Redman

Ambushes don’t just happen in combat. In business and life, an ambush is a catastrophic event that leaves physical, emotional, and mental scars. It might be a health crisis, divorce, business fail­ure, life-threatening disease, or horrific accident impacting you or those close to you, but make no mistake: it feels like you have been caught in a nightmare. No relief, no escape, and no hope.

Just like an enemy ambush, a life ambush damages almost every system of the body and often results in negative, un­productive responses. If you survive, you are likely physically, mentally, and emotionally wounded, injured, or otherwise incapacitated. You might be facing a medical emergency after you ignored the warning signs, believing you had more time or could just patch the problem up with short-term fixes. In a business crisis, you may be facing a takeover, a catastrophic failure, or a bankruptcy or lawsuit that threatens your solvency and reputation.

Anxiety, shame, grief, anger, and depression overwhelm your ability to take action. You might be alternately caught between wanting to hunker down and hoping it will go away, and running right into traps that further ensnare you in the difficulty.

Personal and professional relationships may be rife with conflict, chaotic or ineffective communication, and damaged credibility. The people around you may feel the impact of your crisis, and they may move toward you or away from you, depending on your condition and response.

You may feel like nothing can change, that you are trapped in your circumstances. Many people in life ambushes choose to self-medicate with drugs, alcohol, sex, or other risky behaviors to take off the edge or escape the reality of the crisis, further deepening the sense of self-failure.

Worst of all, you may feel empty and worthless, like life has lost its meaning. When you feel overwhelmed, helpless, paralyzed, or crushed, knowing something in your life has been irrevocably changed forever, you are likely in a life ambush.... 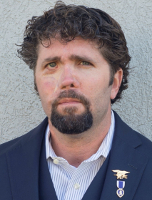 After being severely wounded in Iraq in 2007, Jason returned to active duty before retiring in 2013. He is the founder of the Combat Wounded Coalition, a nonprofit corporation that inspires warriors to overcome adversity through leadership courses, events, and opportunities. He speaks about motivation and leadership across the country. He is the author of the New York Times bestselling memoir The Trident. Adapt to the Unexpected with the Overcome Mind-Set

by Jason Redman
Guess what? Life is unfair, and combat is unequivocally unfair. Crazy things happen in combat that… Make Your Dreams Come True—One Step at a Time (Video) Is There A Happiness Equation? Here's How We're Trying To Find Out

by Robb Rutledge, UCL
Most people would like to be happier. But it isn’t always easy to know how to achieve that goal. Is…