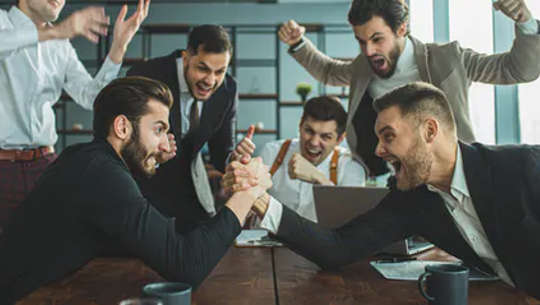 Not quite what the science says. UfaBizPhoto/Shutterstock

There’s a widespread belief that your testosterone can affect where you end up in life. At least for men, there is some evidence for this claim: several studies have linked higher testosterone to socioeconomic success. But a link is different to a cause and using DNA, our new research suggests it may be much less important for life chances than previously claimed.

The beneficial influence of testosterone is thought to work by affecting behaviour: experiments suggest that testosterone can make a person more aggressive and more risk tolerant, and these traits can be rewarded in the labour market, for instance in wage negotiations. But none of these studies show definitively that testosterone influences these outcomes because there are other plausible explanations.

There are plausible mechanisms for this too. First, we know that socioeconomic disadvantage is stressful, and chronic stress can lower testosterone. Second, how a person perceives their status relative to others in society might influence their testosterone: studies of sports matches, usually between men, have often found that testosterone rises in the winner compared to the loser. 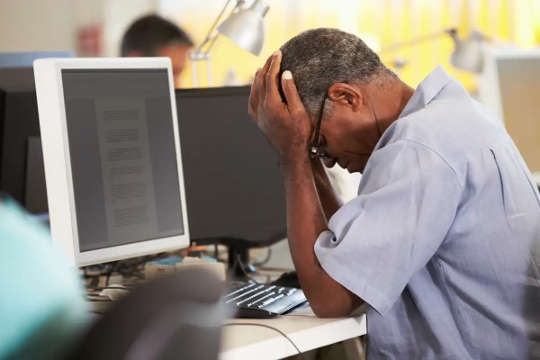 Look at it this way

It is very difficult to pick apart these processes and study just the effects of testosterone on other things. With this goal in mind, we applied a causal inference approach called “Mendelian randomisation”. This uses genetic information relevant to a single factor (here, testosterone) to isolate just the effect of that factor on one or more outcomes of interest (here, socioeconomic outcomes such as income and educational qualifications).

This is why genetic information is powerful: your DNA is determined before birth and generally does not change during your lifetime (there are rare exceptions, such as changes which occur with cancer). Therefore, if we observe an association of socioeconomic position with genetic variants linked to testosterone, it strongly suggests that testosterone is causing the differences in socioeconomic outcomes. This is because influence on the variants of other factors is much less likely.

In more than 300,000 adult participants of the UK Biobank, we identified genetic variants linked to higher testosterone levels, separately for men and women. We then explored how these variants were related to socioeconomic outcomes, including income, educational qualifications, employment status, and area-level deprivation, as well as self-reported risk-taking and overall health.

Because we identified fewer testosterone-linked genetic variants in women, our estimates for women were less precise than for men. Consequently, we could not rule out relatively small effects of testosterone on socioeconomic position for women. Future studies could examine associations in women using larger, female-specific samples.

But for men, our genetic results clearly suggest that previous studies may have been biased by the influence of additional factors, potentially including the impact of socioeconomic position on testosterone. And our results indicate that – despite the social mythology surrounding testosterone – it may be much less important for success and life chances than earlier studies have suggested.

Amanda Hughes receives funding from the Health Foundation and the Medical Research Council.

Neil Davies works in a unit that receives support from the University of Bristol and the UK Medical Research Council, and NMD is also supported by a Norwegian Research Council Grant number and the Health Foundation.

Sean Harrison does not work for, consult, own shares in or receive funding from any company or organisation that would benefit from this article, and has disclosed no relevant affiliations beyond their academic appointment. by Jude Bijou, M.A., M.F.T.
Being too self-critical is rampant in our society. We beat ourselves up over real and imagined…

How To Use The Three Bridges to Create Joy, Love, and Peace

by Jude Bijou, M.A., M.F.T.
Sometimes it's obvious what emotion a person is dealing with. Other times it's not. With just a…