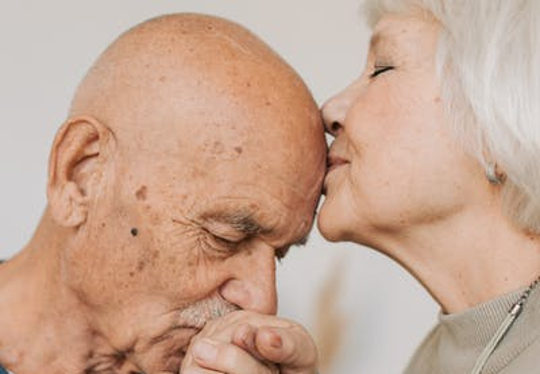 Older adults with a higher sense of purpose lead longer, healthier, and happier lives—and have lower rates of Alzheimer's disease and heart and other cardiovascular problems, researchers say.

Having positive social interactions is associated with a sense of purpose for older adults, which can fluctuate from day to day, according to new research.

And although these findings apply to both working and retired adults, the research found that for better and for worse these interactions are more strongly correlated to purposefulness in people who are retired.

“Specifically for our retired older adults, this is a construct we should really care about,” says Gabrielle Pfund, who led the study as a PhD student in the lab of Patrick Hill, associate professor of psychological and brain sciences at Washington University in St. Louis.

The team worked with a group of some 100 adults with an average age of about 71. For 15 days, the researchers asked participants three times daily about the quality of the social interactions they’d had that day. Every evening they were asked to use a scale of one to five to answer the question: How much do you think your life had a purpose today?

After analyzing the responses, they found—relative to each person’s own baseline—the more positive interactions a person had during the day, the more purposeful they reported feeling in the evening. Other measures, including employment and relationship status, did not predict a person’s sense of purpose.

Of note, Pfund says, the study also shows how dynamic a person’s own sense of purpose could be.

Research On Sense Of Purpose

“Most research on sense of purpose is focused on big-picture orientation of someone being purposeful versus someone being not purposeful,” she says. But it turns out, purposefulness may be more dynamic.

Although some people do tend to be generally more or less purposeful overall, Pfund says, “We found purpose can change from day to day. Everyone was experiencing fluctuations relative to their own averages.”

The research has its limitations, two among them being that the sample was taken from data collected in Zurich, Switzerland, and the respondents were typically in good health. These findings may look different in other countries or amongst older adults with poorer health.

Purpose Is More Than Feeling Good

Having a sense of purpose is about more than feeling good. Prior research has shown that adults with a higher sense of purpose lead longer, healthier, and happier lives. They have lower rates of Alzheimer’s disease and heart and other cardiovascular problems.

“The people in your life are going to have a very, very big impact on that,” she says. “If you find yourself surrounded by people who bring you down… that’s going to have an impact.

“On the flipside, if you’re surrounded by people who lift you up and who infuse your life with positivity, that’s going to have an impact, too.”

And that, she says, is good news.

“If you’re feeling like your life has no purpose, that’s not how it’s always going to be. That’s not your life. That can change.”

The study appears in the American Journal of Geriatric Psychiatry. Funding came from the Swiss National Science Foundation.