How Female Biologists Bring Much Needed Perspective To Science 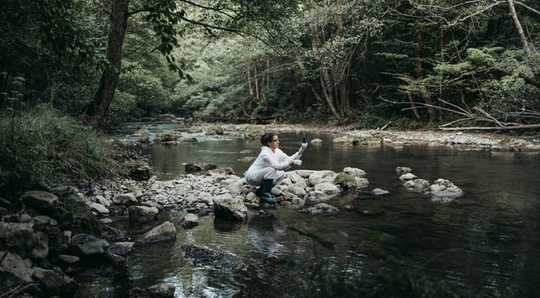 More women are becoming biologists, and this inclusion means that we are learning more about female species and reproduction. (Shutterstock)

On International Women’s Day, people across the world are taking part in Wikipedia edit-a-thons to address gender bias in the online encyclopedia’s biographies.

Currently, only about 17 per cent of Wikipedia’s biography pages are about women. Many of the edit-a-thons will specifically focus on women in STEM.

Scientific fields have not only overlooked female researchers, but have also overlooked research into female biology, both of humans and animals. For centuries, our understanding of the natural world has been shaped by a predominately male perspective. But this is changing, thanks to pioneering biologists.

Molecular biologist Mariana Wolfner studies how female insects’ genetics influence which male’s sperm (of the many she mates with) are “chosen” to fertilize the ovum. Zoologist Kay Holekamp studies how reproduction is affected by both competition and co-operation in female hyenas.

The inclusion of women in clinical trials and female animals in pre-clinical trials has received a lot of attention in recent years, but our understanding of the natural world has also been influenced by a male-dominated culture. And this problem dates back to antiquity.

“Let’s go back to Aristotle,” says Virginia Hayssen, a mammologist at Smith College in Northampton, Mass. Aristotle believed that during conception, the father contributed form — in other words, the immutable essence of a thing — and the mother provided the receptacle in which this form developed.

“Although we understand the process better now, we haven’t really gotten past that idea that the male is active and the female is passive,” says Hayssen.

Traditionally, she says, conception is presented as the sperms’ race to the ovum. But the female reproductive tract is actually hugely influential in transporting the sperm to the ovum and in determining which sperm is the winner. 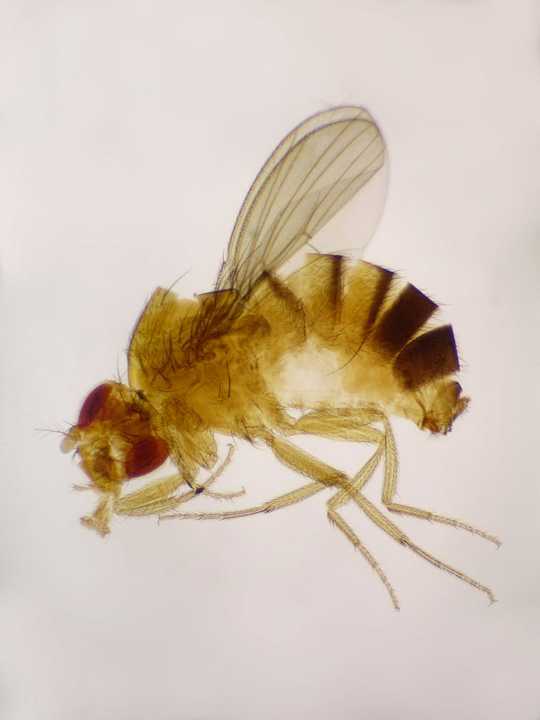 A female fruit fly. Research conducted by molecular biologist Mariana Wolfner is identifying the mechanisms by which reproduction occurs. (Shutterstock)

Many biologists are coming to realize that we’ve missed a lot by having such a narrow focus. “We can’t tell the whole story with our science if we’re imposing our biases on an animal system,” says Lipshutz.

Without fully understanding the male and female sides of reproduction, we won’t be able to understand how species evolve, since reproduction is a central component of evolution. Lipshutz also notes that understanding more about how females communicate, compete and choose mates could have important implications for conservation.

“I would say that the male perspective is as dominant as it ever was,” says Hayssen, who was a co-organizer of a symposium on reproduction from a female perspective at the Society for Integrative and Comparative Biology annual meeting, held in January 2020.

But others have a slightly more optimistic outlook. While acknowledging that there is still a long way to go, scientists including Lipshutz and Teri Orr, an evolutionary ecologist at New Mexico State University in Las Cruces and co-organizer of the symposium, say they feel that progress is being made.

Some of these advancements have been at least partially driven by improvements in technology.

Orr says one example of this is red-winged blackbird reproduction. For a long time, biologists thought that a male maintained a territory with many females who mated exclusively with this male. It was only once DNA testing became available that scientists were able to run paternity tests on the baby birds and determine that many had not been fathered by the male who was in charge of the territory, showing that females were behaving in unexpected ways.

But Lipshutz and Orr say that many of these changes have been driven by the culture of the field as well. After all, new technologies wouldn’t have made any difference if scientists had used them to answer the same old questions about the biology of males.

“I think it has to do with representation,” says Lipshutz. “There are many models of how women are still not getting equal representation in academia, but I do think it’s much better than it was 20 years ago. And so I think it makes sense that our perspectives are often shaped by that diversity.”

Orr says that she sees a big generational difference as well. She says younger generations of academics realize that these are important issues that need to be addressed.

Orr, Lipshutz and Hayssen also stress the importance of education and mentorship in helping to address these issues. Regarding the importance of female biology, Orr says: “The question is how do we bring that back into the classroom? Because that’s where stereotypes are challenged, that’s where people really learn the material.” In an attempt to improve education about females, Orr and Hayssen have written a textbook, Reproduction in Mammals: The Female Perspective.

Hayssen notes that the media has an important role to play as well. What happens next, she says, “depends on whether all this still gets shoved under the rug or whether [journalists] carry the torch forward and get other people interested in it.”

But many biologists are hopeful about what the future will bring.

“Younger folks in the field are really passionate,” says Orr. “I do think some big changes are definitely around the corner and I’m very excited to see what happens.” by Darren J. Gold
You came into this world with a gift, a calling. It is at the core of who you are. Yet, as you have…

It's Important to Be Open to Miracles

by Marie T. Russell, InnerSelf.com
While we may have been taught that miracles are few and far between, and not only that but only…