Why Suburbs Are Becoming Increasingly Diverse 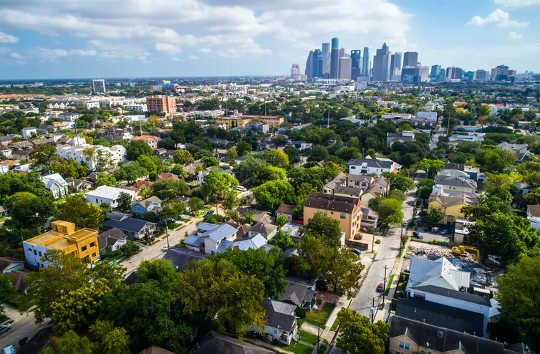 Historically, suburbs have been considered as places which are less diverse than cities, particularly with regard to their racial and social class composition. This is a result of many social and economic drivers influencing the development of city regions.

But suburban districts and towns surrounding metropolitan cities, from which people often commute into the central city for work, are changing. More people have been moving to the suburbs due to the increasing unaffordability of city centres. This makes suburbs more diverse in terms of class and race than they used to be. Now, changing patterns of urban development and the impact of COVID-19 look set to transform suburbs further.

There are a range of historical factors behind the limited diversity in suburbs. The high price of suburban homes acted as a filter to facilitate class segregation. In the US, redlining policies established in the 1930s – which meant mortgages were unlikely to be approved in African-American neighbourhoods – facilitated racial segregation in urban areas. These policies resulted in the clustering of white middle class people in the suburbs.

While suburbs remain relatively less diverse than city centres, in the past two decades across the Global North, both central cities and outer suburbs have been going through significant change in terms of which groups live where. People who now cannot afford to live in city centres due to rent hikes, as well as new immigrants, have been moving to the suburbs.

The idea that the traditional identity of suburbs is shifting as a result of social and economic change was raised by Donald Trump in the lead up to the US presidential elections.

I am happy to inform all of the people living their Suburban Lifestyle Dream that you will no longer be bothered or financially hurt by having low income housing built in your neighborhood...

Trump characterised affordable housing built in the suburbs as a threat against what he called the “suburban lifestyle dream”, suggesting that there is no place for lower-income households or the working classes in the suburbs.

In fact, the suburbs did play a major role in the US election. Some analyses even claim that it was the suburbs that swung the result in favour of the Democratic candidate, Joe Biden – pointing to demographic shifts as a key factor.

The change in the suburbs has been driven by corresponding change in city centres. In the past 20 or so years, socio-economic and urbanisation patterns have transformed cities around the world. This includes high-density housing developments springing up in central areas. For example, in London many of the city’s central high-rise developments are now either entirely residential, or they include residential units in addition to commercial ones.

However, although the ratio of housing among the total units of development in city centres has been increasing, housing affordability has been decreasing.

This phenomenon is not limited to just a few countries or cities. Urban unaffordability has been documented by the United Nations as a global problem. According to the European Commission, more than three-quarters of the urban dwellers living in metropolitan cities in Europe – including London, Paris, Stockholm and Dublin – think it is difficult to find quality housing at a reasonable price in their cities. 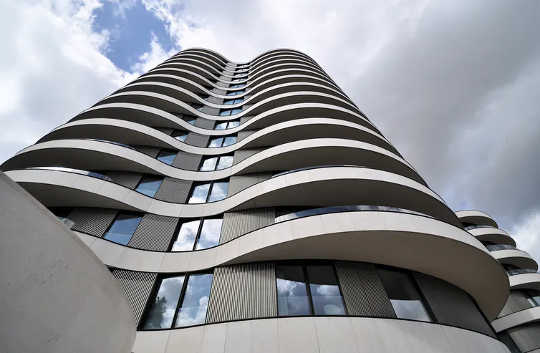 As a result of these changes to cities, people from lower-income groups have been pushed out of city centres in increasing numbers. They are moving to the more affordable suburbs, particularly those nearer to city centres. The consequences for the suburbs and those who live in there are being increasingly documented, particularly in North America, where demographic change is racial as well as socio-economic.

A case study of the San Francisco Bay area conducted around ten years ago showed that some people with rent assistance vouchers chose to move to the suburbs rather than staying in the city centres. In Vancouver low-income recent immigrants have been moving to the suburbs.

However, suburban living is not always better for poorer groups. It doesn’t guarantee access to amenities, such as neighbourhood parks, or to better services such as schools or public transport.

Some lower-income groups who have relocated to the suburbs are finding that just as they have begun to establish themselves, they are being displaced yet again. This can be the result of new developments in the suburbs, but also of regeneration activity designed specifically to renew those parts of the suburbs accessible to low-income groups.

We began to see this wave of secondary displacement prior to the pandemic, for example in US cities such as Atlanta.

Now, changing working patterns fuelled by the pandemic, such as the increase in freelancing and home working, may change the suburbs further. A debate is already emerging about whether the pandemic will lead the middle classes to leave city centre living behind.

Just as suburbs were becoming more diverse – and perhaps more interesting – they may yet revert and become just as homogenous, just as socially, culturally and ethnically uniform as before. Of course, the real victims of this transformation will be people earning low-incomes displaced yet again, and perhaps not for the final time.