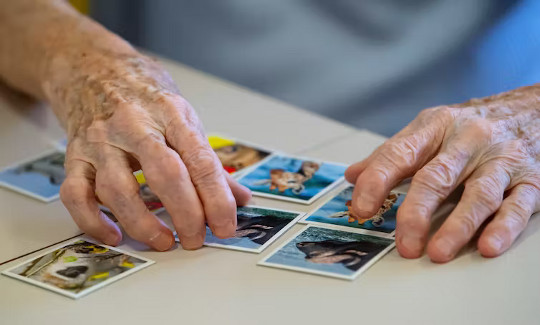 With more of us living into old age than at any other time, dementia is increasing steadily worldwide, with major individual, family, societal and economic consequences.

Treatment remains largely ineffective and aspects of the underlying pathophysiology are still unclear. But there is good evidence that neurodegenerative diseases – and their manifestation as dementia – are not an inevitable consequence of ageing.

Many causes of dementia, including viral infections, are preventable.

A study of almost three million found risks of psychiatric disorders following COVID infection returned to baseline after one to two months. But other disorders, including “brain fog” and dementia, were still higher than among controls two years later.

Among more than six million adults older than 65, individuals with COVID were at a 70% higher risk than the uninfected for a new diagnosis of Alzheimer’s disease within a year of testing positive for COVID.

More than 150,000 people with COVID and 11 million controls have been involved in a study of long-term consequences of acute COVID infection. A year after infection, there was an overall 40% higher risk (an additional 71 cases per 1000 people) of neurologic disorders, including memory problems (80% higher risk) and Alzheimer’s disease (two-fold higher risk). These risks were elevated even among those not hospitalised for acute COVID.

SARS-CoV-2, the virus that causes COVID, can invade brain tissue. Other viruses can also cause direct damage to the brain. A study of almost two million people showed the risk of Alzheimer’s was markedly lower in those who had been vaccinated against influenza.

The cost of dementia

It is one of the major causes of disability among older people. Worldwide prevalence exceeds 55 million and there are almost ten million new cases annually. It is the seventh leading cause of death. In 2019, the estimated global cost of dementia was US$1.3 trillion and rising.

The best known form of dementia – Alzheimer’s – was first described in 1907. Dementia is generally described as developing in three stages:

There are no cures and no resounding treatment successes. Management involves support for patients and carers to optimise physical activity, stimulate memory and treat accompanying physical or mental illness.

Dementia has a disproportionate impact on women, who account for 65% of dementia deaths and provide 70% of carer hours.

We may know less about the pathology of dementia than we imagined: some key data are under scrutiny for possible inappropriate manipulation.

But we do know about many of the causes of dementia and therefore about prevention. In addition to viral infections, there are at least four other contributing causes: cardiovascular disease, type 2 diabetes (especially if untreated), traumatic brain injury and alcohol.

The brain has its own immune system – cells called microglia. These play a role in brain development, account for 5-10% of brain mass and become activated by damage and loss of function. They are also implicated in Alzheimer’s and their inflammation has been shown to be central to its pathology.

In the absence of effective treatment, prevention is an important goal. The association with viral infections means we should pay careful attention to vaccine availability and uptake (for influenza, COVID and any future variants) and place greater emphasis on combatting misinformation regarding vaccines.

The association with atherosclerosis and stroke, as well as diabetes, supports primary prevention that involves healthier diets (plant-based diets low in salt and saturated fats), physical activity and weight control.

Alcohol consumption is a major problem globally. We have allowed high intake to be normalised and talk about no more than two glasses per day as though that is innocuous. Despite the myth of some beneficial aspects of alcohol, the safest intake is zero drinks per week.

This requires a complete national rethink around the availability and acceptability of alcohol as well as assistance with alcohol addiction and treatment of alcohol-related disorders.

Traumatic brain injury is associated with sport and, more importantly, falls and car crashes. It is recognised as a global priority and there is increasing awareness of the preventability of falls among older people. The management of head injuries is being ramped up in contact sports.

However, data on the impact of best management of the initial injury on subsequent risk of dementia are lacking and risk remains elevated even 30 years after the initial trauma.

The evidence that dementia has preventable causes, including viral infection, should better inform policy and our own behaviour.