Should We Be Routinely Screened For Melanoma? 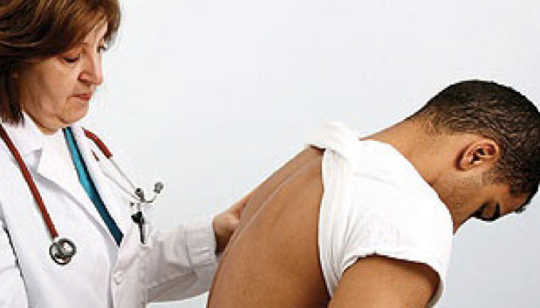 The United States Preventive Services Task Force has released a report saying there isn’t enough evidence to recommend that clinicians perform visual screening for melanomas for patients with no known risk for the skin cancer.

Two dermatology experts agree that the evidence doesn’t meet the task force’s standards—but question whether the standards are appropriate in the first place.

“If you were to take a poll among practicing dermatologists, you’d find the vast majority believe that early detection reduces risk of death from melanoma,” says Martin Weinstock, professor of dermatology in the Warren Alpert Medical School at Brown University, chief of dermatology at the Providence Veterans Affairs Medical Center, and coauthor of an editorial  in the Journal of the American Medical Association.

“Skin self-examination and clinician skin examination are a means of early detection. That’s the predominant tool that we have. It makes eminent sense that primary care doctors should be trained to do examination for melanoma.”

But Weinstock acknowledges that as things stand now, the “gold standard” of evidence is the systematic reviews of data from a series of well-controlled randomized clinical trials—not the opinions of experts.

But, there isn’t, and may never be, such evidence regarding melanoma screening, Weinstock says. Clinical trials to determine whether widespread melanoma screening would prevent deaths have to be very large to be definitive, principally because deaths from the condition are not common. No country has been willing to spend the many millions of dollars required to fund a large enough trial.

Instead, the US Preventive Services Task Force reviewed mixed evidence from controlled observational and epidemiological studies—at least some of which suggest that early screening could save lives. Further the evidence suggests that presumed harms such as overdiagnosis, unnecessary specialist visits, and unnecessary surgeries aren’t a factor when properly trained clinicians or even laypeople conduct the screening.

Given a likelihood of little harm but a potential life-saving benefit, Weinstock and coauthor Hensin Tsao of Massachusetts General Hospital argue the task force could consider a different standard for judging the procedure.

“The evidentiary standard needs to be further refined to be appropriate to the modest magnitude of potential harms of a properly performed skin cancer screening,” they write.

Skin cancer screening, Weinstock notes, is not an invasive procedure like a colonoscopy. For exams with potential serious medical consequences, the highest standards make clear sense. But for melanoma screening, a clinician simply looks at the skin, often while examining a patient during a routine office visit.

More evidence would be helpful. Weinstock is continuing to study whether presumed harms, such as excess anxiety, could emerge from expanded screening. But he and colleagues also question how much evidence is enough.

“Going forward, it is imperative to develop the requisite evidence and the appropriate evidentiary standards to advance this area of public health.” by David Orenstein, Brown University
Meditation is marketed as a treatment for pain, depression, stress, and addiction, but it can leave… by David Orenstein, Brown University
Mindfulness courses have less effect on the attitudes and emotions of men than on those of women,… by David Orenstein, Brown University
A blood test that helps screen for prostate cancer is still common, but conversations between… by David Orenstein, Brown University
Fluid is a previously unacknowledged source of the tension we feel when we stretch our muscles,…