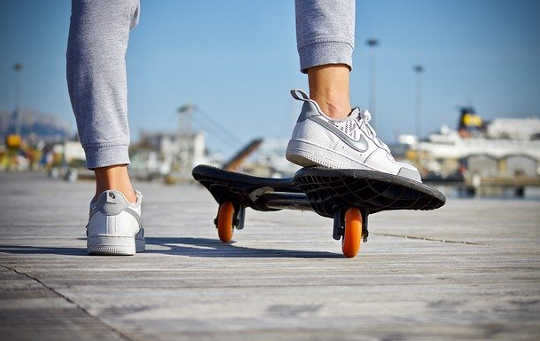 There are many stories of well-known individuals who have attributed their success to repeated failure.

No one likes to fail. Every one of us, at some level, is afraid of making mistakes. Failure is embarrassing, it can leave us feeling exposed, and it never feels good.

Is there a successful person in your life you admire? Ask them about not only their successes, but also their failures along the way. You will be surprised what you learn from them and the wisdom they’ll be willing to share!

When I was cut from my high school basketball team, I was devastated. To add to my humiliation, some of my best friends made the team when I didn’t. It was a big blow to my ego at the time, and I even considered going back to my old school after being cut. I thought about giving up or trying another sport.

Looking back, I can see how that particular failure provided one of my earliest and most enduring learning experiences. By trying out for the team, yet not making it, I felt knocked down. But I also learned that failure is not final. I realized it could push me to try harder, to find a different path to success, to become better, and, in this case, eventually to succeed.

Through that early experience, I learned to view failure differently by understanding that it can also be a significant learning experience and generate personal growth. Not making the team taught me that failure isn’t something I should fear, but that it’s actually something I should embrace. It sounds counterintuitive, but it’s true and an extremely important concept. From that one experience as a fourteen-year-old freshman, I learned about not giving up, about the importance of hard work (above and beyond just the “expected” level), about determination and about never leaving future success to chance.

The Courage To Fail

Successful people usually go through any number of failures before achieving their goals. If you study their stories beyond the summary headlines of success and dig deeply, you’ll likely discover how hard they worked and how many times they stumbled along the way to get to their dreams. When we admire someone’s current accomplishments, we often think of only the successful person they are today, but rarely grasp the trials and tribulations they overcame on the long journey to get there.

To really pursue your unique vision for your life, you need to be “all-in.” And that means having the courage to risk failure. If you think about it, the people who haven’t failed in life are usually those who’ve never tried very hard. They’ve never pushed themselves to move outside their comfort zone. Constrained by fear and the worry of what might go wrong, their life has likely remained small because they’ve been unwilling to step outside of the box to explore the larger world around them and discover their own potential.

People who are constrained by a desire to avoid failure often hesitate to try new things. This a failure of omission. By protecting themselves in this way, they settle for “good enough” and never really attempt to achieve their dreams or goals. They often become small-minded and insular instead of remaining curious and open-minded about what they might accomplish.

What Happens When You Fail?

Think of a recent failure that you’ve experienced, and instead of focusing on the negative, ask:
“What does this failure make possible? What does it teach me about myself? What did I learn from it that will help me in the future?”

Fact: If you are living a bold, meaningful life, you are not always going to succeed. Dreams will fall short, ideas will collapse and your best will not always be enough. Even though you can learn a lot from failure, it never feels good. It’s often surrounded by a dark period in which you question yourself, your worth or your dreams. Even when you get up and dust yourself off, it still hurts.

I was a co-owner of a successful consulting firm in Boston at age twenty-eight. But after a few years of success, our client base began drying up, and we had to eventually close the business. There I was, “co-owner” of a failed business, with no job and a wife and a new baby to support. It was a dark time for me.

I had to dig deep and choose to not let that failure define me. I had to get up and figure out how to move forward. And it’s the very failure of that business, and all the learnings that came with it, that put me on the road toward the work I do today.

Although this business failure certainly wasn’t part of my original plan, I believed in myself and my long term vision enough that it helped me get out of bed every day and keep pushing my way through those tough circumstances toward my dreams.

Resilience Wins In The End

Sometimes failure necessitates taking a step or two back to re- strategize and refocus on your goals before you start climbing again. That Is the essence of resilience—having the ability to pick yourself up after you’ve been knocked down. It involves refusing to listen to your insecurities and being willing to let go of what’s comfortable In order to continue the pursuit of your dreams, even when there are no guarantees.

©2020 by Peter Ruppert. All Rights Reserved.
Reprinted with permission of the author.
Publisher : Credo House Publishers

Limitless: Nine Steps to Launch Your One Extraordinary Life
by Peter G. Ruppert

This book was written for those, young and old, who simply don’t want to settle for the status quo or for “good enough” and have dreams they want to chase, not give up on. Based on research of accomplished people and his own personal experiences of successes and failures, Peter G. Ruppert provides a step- by-step guide to help readers positively impact the trajectory of their own future. Filled with real life examples for each step, extra learning resources to dig deeper, and a workbook style recap after each chapter, Ruppert provides a simple yet powerful program so readers can launch their own limitless life.

Peter Ruppert is founder and CEO of i-Education Group, which operates over 75 Fusion and Futures Academies for grades 6-12 in one student, one teacher classroom environments. A 20-year veteran of the education industry, he’s opened over 100 schools and acquired more than 25 others. He’s been president and CEO of organizations in the private school, charter school, and early education industries, and sat on his local public school board for 5 years. He lives with his family in Grand Rapids, Michigan. His new book is Limitless: Nine Steps to Launch Your One Extraordinary Life. Learn more at https://peteruppert.com/ . Why Online Networking Matters and How To Do It

by Marina Milosheva, Edinburgh Napier University
Now though, many of us are faced with a slightly different predicament: how to network while… by Ray Arata
If we aren’t being denied opportunities based on our gender and our identities, or not having to…

Feeling Down: 7 Ways to Restore Hope

by Jude Bijou, M.A., M.F.T.
When you feel depressed, you may despair that your life will never get better. Rather than telling…

by Jude Bijou, M.A., M.F.T.
Anger fuels our dark side. We give into the impulse to strike out justifying our mean words and…