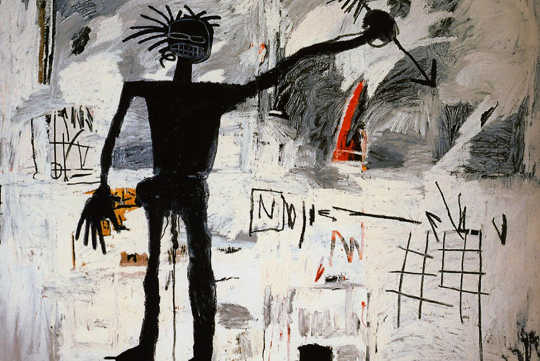 I used to believe several things about the twenty-first century that Putin’s invasion of Ukraine and Donald Trump’s election in 2016 have shown me are false.

Nationalism is disappearing. I expected globalization would blur borders, create economic interdependence among nations and regions, and extend a modern consumer and artistic culture worldwide.

I was wrong. Both Putin and Trump have exploited xenophobic nationalism to build their power. (Putin’s aggression has also ignited an inspiring patriotism in Ukraine.)

Nations can no longer control what their citizens know. I assumed that emerging digital technologies, including the Internet, would make it impossible to control worldwide flows of information and knowledge. Tyrants could no longer keep their people in the dark or hoodwink them with propaganda.

Wrong again. Trump filled the media with lies, as has Putin. Putin has also cut off Russian citizens from the truth about what’s occurring in Ukraine.

Advanced nations will no longer war over geographic territory. I thought that in the “new economy” land was becoming less valuable than technological knowhow and innovation. Competition among nations would therefore be over the development of cutting-edge inventions.

I was only partly right. While skills and innovation are critical, land still provides access to critical raw materials and buffers against potential foreign aggressors.

Major nuclear powers will never risk war against each other because of the certainty of “mutually assured destruction.” I bought the conventional wisdom that nuclear war was unthinkable.

I fear I was wrong. Putin is now resorting to dangerous nuclear brinksmanship.

Civilization will never again be held hostage by crazy isolated men with the power to wreak havoc. I assumed this was a phenomenon of the twentieth century, and that twenty-first century governments, even totalitarian ones, would constrain tyrants.

Trump and Putin have convinced me I was mistaken. Thankfully, America booted Trump out of office — but his threat to democracy remains.

Advances in warfare, such as cyber-warfare and precision weapons, will minimize civilian casualties. I was persuaded by specialists in defense strategy that it no longer made sense for sophisticated powers to target civilians.

Democracy is inevitable. I formed this belief in the early 1990s when the Soviet Union had imploded and China was still poor. It seemed to me that totalitarian regimes didn’t stand a chance in the new technologically driven, globalized world. Sure, petty dictatorships would remain in some retrograde regions. But modernity came with democracy, and democracy with modernity.

Both Trump and Putin have shown how wrong I was on this, too.

Meanwhile, Ukrainians are showing that Trump’s and Putin’s efforts to turn back the clock on the twenty-first century can only be addressed with a democracy powerful enough to counteract autocrats like them.

They are also displaying with inspiring clarity that democracy cannot be taken for granted. Democracy is not a spectator sport. It’s not what governments do. Democracy is what people do.

Ukrainians are reminding us that democracy survives only if people are willing to sacrifice for it. Some sacrifices are smaller than others. You may have to stand in line for hours to vote, as did tens of thousands of Black people in America’s 2020 election. You may have to march and protest and even risk your life so others may vote, as did iconic civil rights leaders like the late John Lewis and Martin Luther King, Jr.

You may have to fight a war to protect democracy from those who would destroy it.

The people of Ukraine are also reminding us that democracy is the single most important legacy we have inherited from previous generations who strengthened it and who risked their lives to preserve it. It will be the most significant legacy we leave to future generations — unless we allow it to be suppressed by those who fear it, or we become too complacent to care.

Putin and Trump have convinced me I was wrong about how far we had come in the twenty-first century. Technology, globalization, and modern systems of governance haven’t altered the ways of tyranny. But I, like millions of others around the world, have been inspired by the Ukrainian people — who are reteaching us lessons we once knew. by Robert Reich
Bad enough that a tyrant is destroying American democracy. Now an oligarch is trying to buy the…