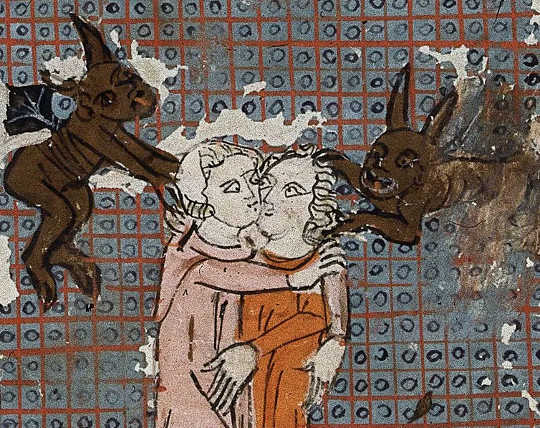 Matfre Ermengaud’s ‘Temptation by Lechery’ from a 14th-century manuscript. The British Library

On July 27, 2020, the president and his son Donald Trump, Jr. tweeted a viral video featuring Dr. Stella Immanuel, in which the Houston pediatrician rejected the effectiveness of wearing face masks for preventing the spread of COVID-19 and promoted hydroxychloroquine to treat the disease.

Journalists quickly dug into Immanuel’s background and found that she’s also claimed that having sex with demons can cause illnesses like cysts and endometriosis.

These beliefs don’t come out of thin air, and she’s far from the only person who holds them.

As a scholar of biblical and apocryphal literature, I’ve researched and taught how these beliefs have deep roots in early Jewish and Christian stories – one reason they continue to persist today.

Hints of demons in the Bible

As in many religions, demons in Judaism and Christianity are often evil supernatural beings that torment people.

Although it’s difficult to find a lot of clarity about demons in the Hebrew Bible, many later interpreters have understood demons to be the explanation for the “evil spirit” that haunts King Saul in the first book of Samuel.

Another example appears in the book of Tobit. This work was composed between about 225 and 175 BCE and isn’t included in the Hebrew Bible or accepted by all Christians. But it is considered part of the Bible by religious groups like Roman Catholics, Orthodox Christians, Beta Israel and the Assyrian Church of the East.

Tobit includes a narrative about a young woman named Sarah. Although Sarah doesn’t suffer any physical affliction, Asmodeus, the demon of lust, kills every man betrothed to her because of his desire for her.

The Christian gospels are full of stories linking demons and illness, with Jesus and several of his early followers casting out demons who afflict their victims. In one of the most prominent stories told in the Gospel of Mark, Jesus encounters a man possessed by a group of demons who call themselves “Legion” and sends them into a nearby herd of pigs who stampede off a cliff.

Demons pervade biblical apocrypha, which are stories about biblical subjects that were never included in the canonical Bible and include various associations between demons, illness and sex.

The early Christian text “Acts of Thomas” was likely composed in the third century and became hugely popular, as it was eventually translated into Greek, Arabic and Syriac. It tells the story of the apostle Thomas’ travels to India as an early Christian missionary. Along the way, he encounters a number of obstacles, including people who have been possessed by demons.

In the fifth act, a woman comes to him and pleads for help. She tells the apostle how, one day at the baths, she encountered an old man and talked to him out of pity. But when he propositioned her for sex, she refused and left. Later that night, the demon in the guise of an old man attacked her in her sleep and raped her. Although the woman attempted to escape the demon the next day, he continued to find her and rape her every night, tormenting the woman for five years. Thomas then exorcises the demon. 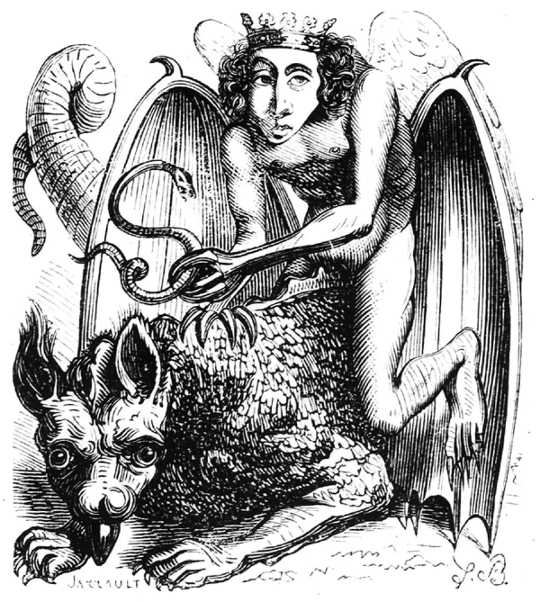 Another demon story is found in the “Martyrdom of Bartholomew,” which probably dates back to the sixth century. Bartholomew also travels to India, where he finds that the inhabitants of a city worship an idol named Astaroth who has promised to heal all of their illnesses. But Astaroth is actually a demon who causes afflictions that he then pretends to cure in order to gain more followers. Bartholomew reveals the farce and performs several miracles to prove his own spiritual prowess. After forcing the demon to confess to his deceit, Bartholomew drives him into the wilderness.

Apocrypha like the “Acts of Thomas” and “Acts of Bartholomew” were popular in the medieval period, and even those who couldn’t read or write knew these stories. They also helped fuel the “witch craze” of the 16th and 17th centuries, in which zealous Christian leaders persecuted and killed thousands of people – mainly women – for their beliefs, often concocting claims that they consorted with demons.

It’s clear that Immanuel has profited from her beliefs in the supernatural, especially in right-wing and religious circles. She has over 9,000 followers on Facebook and over 94,000 on Twitter, with a dedicated platform as a pastor. In fact, she casts herself as a prophet and destroyer of demons.

It isn’t difficult to find other modern Christians who connect demons, sex and health issues. The conservative Christian magazine Charisma published a story claiming that sex with demons causes homosexuality. And researchers recently were able to show that belief in supernatural evil could predict negative attitudes toward abortion, homosexuality, premarital sex, extramarital sex and pornography.

Meanwhile, many evangelical Americans believe that Trump is God’s chosen one, who has been tasked with fighting actual demons. Trump’s personal minister, Paula White, is just one conservative figure known to espouse these views.

If anything, the coronavirus pandemic has shown how many on the religious right continue to rely on faith over science. Studies have already emerged showing how the tension between faith and science has influenced many conservative Christians to resist the use of masks and other public health responses to the pandemic.

He’s preaching to the choir. Accepting The Possibility Of Animal Communication and Healing

by Diane Budd
If you’re reading this, there’s a good chance you’ve heard of animal communication. You may have…

Meeting Our Shadow Self and Attaining a True State of Peace

by Alan Seale
Success and failure only have to do with ego. The soul is busy taking a journey and having…

A Rude Awakening with Mercury Retrograde

by Sarah Varcas
This passage of Mercury speaks of unexpected and potentially very disruptive surprises which,…