Saints and Soulmates: Francis and Clare of Assisi 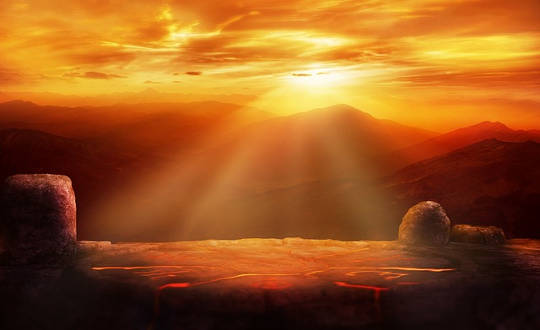 Image by DarkWorkX from Pixabay

As we write in The Shared Heart, "The real soulmate is a state of consciousness, not a person." That being said, there can also be an outer soulmate, or life partner, an ancient connection with another soul where the primary purpose is serving together, blessing the earth together, more than simply loving one another.

Joyce and I have a deep affinity for St. Francis and St. Clare of Assisi, really ever since we saw the movie, Brother Sun and Sister Moon, in 1973, and I left the movie theater wanting to give away all our possessions. Well, I never did that but, in our own way, we have tried to live a life of simplicity and spirituality.

And there is another reason we feel especially close to Francis and Clare. It was their profound love for each other. Were these two saints also soulmates? I believe so. How much time did they spend together? Very little. Did they ever have a sexual relationship? I seriously doubt it.

Then why am I convinced they are soulmates? First of all, I don't claim to be a Franciscan scholar. However, I do have a shelf-full of books about Francis and Clare, mostly Francis, for very little has been recorded about Clare. These include the earliest works written by those who were actually with these two.

From all that I have read, it is clear how much these two great souls loved each other. For the purpose of this short article, I have to be brief.

Clare was just a teen from a noble family when she first heard Francis preach in about 1210, but he lit a spiritual fire within her that eventually led her to run away from her family. Francis initiated her as the first woman in his then little band of followers. He eventually cloistered her at San Damiano, the first church that he rebuilt. And there she stayed for the rest of her life, with a growing number of women, including her own mother and sister.

There are several recorded events about these two saints that reveal the profound love that they shared. One time, Francis was struggling with the direction of his life, whether to live his life as a hermit in seclusion or to continue preaching and traveling. He sent one of his brothers to San Damiano to instruct Clare to pray for divine guidance. Her prayer was answered. His life should be a path of service in the world. So great was his trust in Clare that he immediately obeyed her directive and set out on the road. Even so, he balanced his life with periods of seclusion and prayer in the most remote, and austere, places.

Another time, probably before Clare was established at San Damiano, she was walking with him in the wintertime along a snowy road. She asked, "Francesco, when will I see you again?" Probably to put her off, because I believe he was a bit scared of his love for her, he said, "When you find a rose blooming in the snow." He was probably confident in the impossibility of this happening in the dead of winter. As the story goes, she immediately walks into the woods, finds a rose in full blossom, and returns to show Francis. That's how powerful Clare's love was for Francis.

Well, from the different reports, Clare hardly got to have any time with Francis in person. Soul to soul, they were always together. Clare finally had her wish granted near the end of Francis' life. Very ill and blind, he was brought to San Damiano so that Clare could minister to his many ailments. Even if she couldn't cure him like she did for so many others (for by then, throngs of people came to her for healing), she still could tend to the man who awakened her heart to the presence of God.

Clare devoted her life to God and to Francis. Each autumn, during our retreat in Assisi, we bring the group to San Damiano, where many can feel the powerful presence of Francis and Clare, even in the blocks of stone that Francis carried and put into place to rebuild the small church. We tell stories about the two divine lovers in the little room where she slept with her spiritual sisters, and later died. Frequently, other groups who understand English linger to hear the stories. And we see Clare's tiny private garden, where she had a view of Mt. Subasio. She could feel when he was up on the mountain, and could join him in prayer, blessing his ministry no matter where he was.

Perhaps my favorite story is one that had numerous witnesses. Clare once revealed to her sisters, "If only I could have a meal with Francesco." Very likely, she never had that privilege. Somehow, word got back to the brothers about Clare's desire, and they approached Francis, saying something like, "Hey Francesco, all Chiara wants is a simple meal with you. Don't be a jerk!" They probably didn't say that last part.

At last he relented, but he didn't want to be alone with Clare, so he insisted they be chaperoned by several sisters and brothers. Clare arrived at the Portiuncula (the "little portion," a tiny church he had also rebuilt that became the center of the Franciscan movement). The sisters and brothers laid out a simple meal and Francis and Clare began to pray.

Meanwhile, up the hill in Assisi, people looked down at the Portiuncula and saw flames that seemed to be consuming the little church. Alarmed, the townspeople came running down the hill with buckets of water to put out the fire. When they arrived, however, the fire they saw was a spiritual, not a physical, fire coming from the divine rapture of these two saints and soulmates.

They never did get to eat the food, so great was their spiritual meal!

To Really Love a Woman
by Barry and Joyce Vissell.

How does a woman really need to be loved? How can her partner help to bring out her deepest passion, her sensuality, her creativity, her dreams, her joy, and at the same time allow her to feel safe, accepted and appreciated? This book gives tools to the readers to more deeply honor their partners. 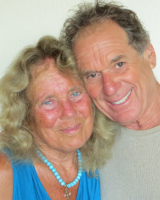 Would You Rather Be Right, or... Be Loved?

by Barry Vissell
All of us like to be right. We all have egos, some of us stronger than others. Of course, sometimes… by Barry Vissell
We may hurt someone through miscommunication or lack of understanding. Sometimes we hurt someone…