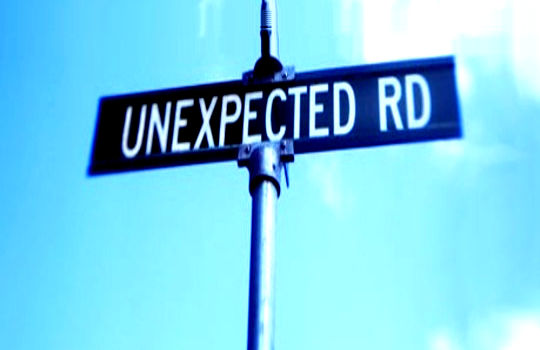 An ancient myth tells that when human beings were about to be created, a committee of gods got together to decide where the secret of life should be placed. All the gods were in agreement that the secret should be hidden somewhere clever, so that people would have an adventure to find it. But the gods had a hard time agreeing where it would be most challenging for people to locate the treasure.

"Let's hide the secret of life at the top of the highest mountain!" one god suggested.

"No, no," replied another. "People will invent airplanes and helicopters and rappelling equipment, and then everyone will be able to get to it."

"Then how about at the bottom of the sea?" another god posed.

"Same thing," another deity answered. "They will invent submarines and diving equipment, and that will be the end of the game."

The gods sat around, hands on chin, nearly stumped, until one god lit up. "I have it!" he exclaimed. "Let's hide the answer within each person -- they'll never think to look there!"

And so it has turned out. When we need to know a truth, we tend to look outside ourselves for answers, and the last place we look is in our own heart. Meanwhile, all that we could ever need to know abides at the core of our being.

The great inventor Thomas Edison used this principle when he needed help with an invention. When Edison felt stymied in the midst of a difficult experiment, he would lie down on a couch with a rock in his hand. As he dozed off into a light sleep, he sank into his subconscious mind, which he recognized to be an avenue of infinite intelligence, from which all of his best ideas came. Then, as his body relaxed, Edison would let loose of his hold on the rock, which would drop to the floor with a loud "thud!" that would startle him out of his nap. At that moment Edison still had fresh in mind the idea he had contacted in his sleep state, and he would quickly write it down.

That was Edison's secret. He went on to generate over 5,000 important patents, including the electric light, the phonograph, the alkaline battery, and motion pictures.

When I studied organizational development in graduate school, my professor wrote a sentence on the blackboard that ultimately meant more to me than all the techniques I learned. It said: A consultant is someone who borrows your watch to tell you what time it is.

The greatest service any therapist, teacher, psychic, astrologer, or counselor can offer you is to remind you of what you already know. You have probably sought help or advice from several people or resources, and still felt unfulfilled. Then someone said something that really resonated within you, and you said, "That's it!"

How did you know that was it? Why did that one piece of advice move you more than the others? You already knew, and you were just waiting for someone out there to call your attention to the answer that matched your inner knowing.

When It's Right, You Know It!

Dr. Norman Vincent Peale, author of the perennially popular book, The Power of Positive Thinking, was sitting on an airplane next to a young woman who struck up a conversation with him. When she discovered that Dr. Peale was a man of seasoned wisdom, she decided to ask him for help with a dilemma. "I have been dating two men and both of them have proposed to me," she explained to Dr. Peale. "I'm not sure which one to say 'yes' to. Can you give me some advice?'

"Sure," Dr. Peale answered abruptly. "I don't think you should marry either of them."

"Why is that?" asked the young lady, surprised.

"If you have to ask me who to marry, you're not in love with either of them," he answered.

Trust your intuitions and gut feelings. Your inner being is always speaking to you through the voice of your heart. Honor what your heart is telling you, and you befriend an impeccable guide that will take you all the way home.

I Had It All the Time: When Self-Improvement Gives Way to Ecstasy
by Alan Cohen.

Whether you are a newcomer or a veteran on the path of self-improvement, I Had it All the Time will awaken you to a life so magnificent that you will laugh at the notion of improving what love made whole. Quit fixing yourself and get on with the life you came to live.

For more info or to order this book. Also available as a Kindle edition. by Marie T. Russell, InnerSelf.com
While some people believe that only "special people" are psychic, we all have psychic capabilities… How to Access Higher Wisdom and Inner Truth (Video)

by Marie T. Russell, InnerSelf.com
While some people believe that only "special people" are psychic, we all have psychic capabilities… I Don’t Have Time To Meditate and Be Spiritual

by Noelle Sterne, Ph.D.
Over mild wine with a friend, I steered the conversation to one of my favorite topics,…

Freeing Yourself from Toxic Relationships

by Nora Caron
In this article I will explore what toxic relationships are, explain how we can get out of them,…