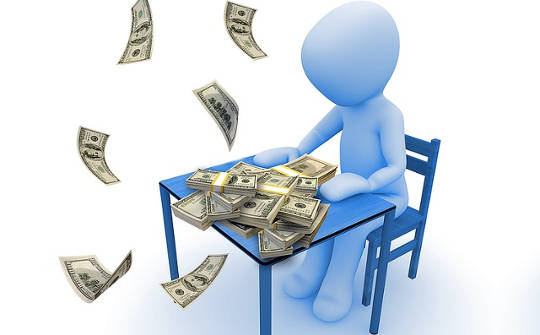 A man was in a bar with his group, when an old friend entered. He had lived his life trying to go down the right path, but to no avail.

“I should give him some money”, he thought to himself.

But the friend was now rich, and came to the bar that night just to pay all the debts he had incurred over the years.

In addition to repaying the loans given to him, he ordered a round of drinks for everyone.

Living as the "Other"

When asked how he had become so successful, he replied, that until days ago he was living as the “Other”.

“What is the Other?” asked Pilar.

"The Other believes that the obligation of man is to spend a lifetime thinking about how to have security so not to die of hunger when getting old.

"Therefore, living as the Other you fail to discover that Life also has plans, and they may be different."

“But there is danger. And there is suffering”, the people said in the bar, who had begun to listen.

"No one escapes the suffering. So it is better to lose a few battles in order to fight for your dreams, than to be defeated without even knowing what you are fighting for.

"When I discovered this, I woke up determined to be what I always really wanted to be.

"The Other stood there in my room watching.

"Although it sought to scare me sometimes, I did not allow it to return.

"From the moment I pushed the Other out of my life, the divine energy worked its miracles."

This article was reprinted from Paulo Coelho's blog
with gratitude. It is an excerpt from his book:
“By the river Piedra...”.

By the River Piedra I Sat Down and Wept: A Novel of Forgiveness
by Paulo Coelho.

From Paulo Coelho, author of the bestselling The Alchemist, comes a poignant, richly poetic story that reflects the depth of love and life. Rarely does adolescent love reach its full potential, but what happens when two young lovers reunite after eleven years? by Paulo Coelho
Of course things don’t always happen they way we wish they would. There are moments in which we… by Paulo Coelho
There was once a businessman who was sitting by the beach in a small Brazilian village. As he sat,… by Paulo Coelho
You are supposed to be normal if you follow these 47 stupid rules. This list was compiled by Igor,… by Paulo Coelho
At the crossroads you can stop and think what direction to follow. But don’t spend too much time…