The Angel in the Tollbooth and the Art of Situational Comedy 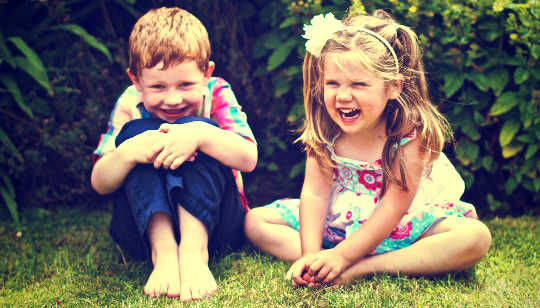 "Laughter is the shortest distance between two people."
-- Victor Borge

Something happened the other day that highlighted why we do what we do, and why I love helping ordinary people find the extraordinary humor and playfulness in every day life.

We've been traveling around the northeast for the past three weeks and one thing the northeast has is -- tolls. Now I can imagine that being a toll-taker takes its toll. Same old same old, 40 hours a week, 40 or 50 weeks a year, etc. Cars come, cars go, and many toll takers are simply taking in i-Tunes to pass the time, hoping it goes by quickly. Many barely make eye contact, and this is understandable given the numbing numbers of people who drive through daily.

But this one toll-taker -- I believe it was on the Delaware Memorial Bridge -- was different. There was a big smile waiting for us as she cheerfully asked if we wanted a receipt. Finally, finally after years of preparation, I got to use the line I've always wanted to use with a toll-taker: "Say, what's a nice girl like you doing in a place like this?"

She laughed and loved it. She told us how much she enjoys looking inside each car, and flirting with the pets and children. Talk about creating your own reality! She doesn't have to be funny or witty. All she needs to do is be her playful self, and she lights up anyone who comes through and cares to connect. She doesn't get drained by her job, and very likely leaves as energized as when she comes to work. With her smile and readiness to play, she is giving cosmic comic darshan.

Speaking of which, travel is a perfect opportunity to play with strangers, to commit random acts of comedy and see who wants to come out and play. Here's an example.

We were at a grocery store in Ithaca, NY, and as I glanced at the shelves, I saw my favorite "pun food" -- mole sauce. Now if you're familiar with Mexican food, you think oh, "MO-lay". But to the untrained western eye ... it looks like some rodent paté to spread on crackers. So I looked at the young girl stocking the shelves, I pointed and said, "Wow ... mole in a jar. Can you EAT those?"

She looked puzzled for a moment and then laughed. I made a remark about "wild game preserves" and she laughed again. And maybe she will chuckle every time she sees "mole" on a jar. I hope so.

I love enrolling people in jokes, like the time years ago when I saw Whole Foods was featuring chicken pot pie. Choosing my subject carefully, I asked her in a confidential tone, "Excuse me, how much pot do you use in your pot pies?"

And without missing a beat, she said, "Not nearly enough."

That's how easy it is to get people to play.

While in Buffalo, Trudy and I walked into a store, and the young sales girl admired Trudy's bright, bright purple leather purse. "From the very rare purple cow," I offered, and the sales girl deadpanned, "I hear they're endangered."

"Yes, thanks to people like THIS!" I said, pointing to Trudy. We all laughed and left the girl smiling.

We were out for a walk a few months ago and we spotted a young family walking a Dalmatian. I saw Trudy walk up to them, and then I saw them laugh.

I figured she pulled my routine. Sometimes when I "spot" someone with a Dalmatian and think they might be accessible and susceptible, I walk up and say, "I don't know how to tell you this ... but there are SPOTS ALL OVER YOUR DOG!"

Trudy did one better. As she got closer, she realized that all of them ... the mom, the dad, and the baby were all wearing some form of polka dots. Talk about people looking (and dressing) like their dogs! She pointed this out, and of course the couple had no idea. Another opportunity for playful humor, and for all we know, changing someone's mood for the better.

Steve Bhaerman is an internationally known author, humorist, and workshop leader. For the past 23 years, he has written and performed as Swami Beyondananda, the "Cosmic Comic." Swami's comedy has been called "irreverently uplifting" and has been described both as "comedy disguised as wisdom" and "wisdom disguised as comedy." His latest book, written with cellular biologist Bruce H. Lipton, PhD is Spontaneous Evolution: Our Positive Future and a Way to Get There From Here. He can be found online at www.wakeuplaughing.com. For dates and locations of Swami's current tour, click here. by Steve Bhaerman
We always feel heartened by tales of heroism, and we celebrate the individual hero or "shero". It's… by Steve Bhaerman
Call me a hopeless hopium addict, but I believe that we are "in the same boat". Our ship of state… by Steve Bhaerman
If you're a disheartened, disillusioned, angry Bernie supporter thinking about casting a vote for…