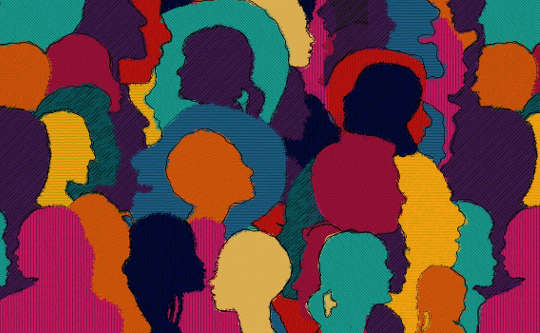 The CSIRO has delivered a comprehensive report on how we should prepare for future pandemics.

The report identifies six key science and technology areas such as faster development of vaccines and onshore vaccine manufacturing to ensure supply, new antivirals and ways of using the medicines we already have, better ways of diagnosing cases early, genome analysis, and data sharing.

It also recommends we learn more about viruses and their hosts across the five most concerning virus families. These causes of disease could fuel the next pandemic.

We asked leading experts about the diseases they can cause and why authorities should prepare well:

The first human Coronaviruses (229E and OC43) were found in 1965 and 1967 respectively. They were low-grade pathogens causing only mild cold-like symptoms and gastroenteritis. Initial understanding of this family came from study of related strains that commonly infect livestock or laboratory mice that also caused non-fatal disease. The HKU-1 strain in 1995 again did not demonstrate an ability to generate high levels of disease. As such, coronaviridae were not considered a major concern until severe acquired respiratory syndrome (SARS-1) first appeared in 2002 in China.

Coronaviridae have a very long RNA genome, coding up to 30 viral proteins. Only four or five genes make infectious virus particles, but many others support diseases from this family by modifying immune responses. The viruses in this family mutate at a steady low rate, selecting changes in the outer spike to allow virus entry into new host cells.

Coronaviridae viruses are widespread in many ecological niches and common in bat species that make up 20% of all mammals. Mutations spread in their roosts can spillover into other mammals, such as the civet cat, then into humans.

The flaviviridae family causes several diseases, including dengue, Japanese encephalitis, Zika, West Nile disease and others. These diseases are often not life-threatening, causing fever, sometimes with rash or painful joints. A small proportion of those infected get severe or complicated infection. Japanese encephalitis can cause inflammation of the brain, and Zika virus can cause birth defects.

While all these viruses may be spread by mosquito bites, when it comes to each individual virus, not all mosquitoes bring equal risk. There are key mosquito species involved in transmission cycles of dengue and Zika virus, such as Aedes aegypti and Aedes albopictus, that may be found in close to where people live. These mosquitoes are found in water-holding containers (such as potted plant saucers, rainwater tanks), water-filled plants, and tree holes. They also like to bite people.

The mosquitoes that spread these viruses are not currently widespread in Australia; they’re generally limited to central and far north Queensland. They are routinely detected through biosecurity surveillance at Australia’s major airports and seaports. With a rapid return to international travel, movement of people and their belongings may become an ever-increasing pathway of introduction of the diseases and mosquitoes back into Australia.

Different mosquitoes are involved in the transmission of West Nile virus and Japanese encephalitis. These mosquitoes are more likely to be found in wetlands and bushland areas than backyards. They bite people but they also like to bite the animals most likely to be carrying these viruses.

The emergence of Japanese encephalitis, a virus spread by mosquitoes between waterbirds, pigs, and people, is a perfect example. Extensive rains and flooding that provide idea conditions for mosquitoes and these animals create a “perfect storm” for disease emergence.

Before COVID-19, influenza was the infection most well-known for causing pandemics.

Influenza virus is subdivided into types (A, B, and rarely C and D). Influenza A is further classified into subtypes based on haemagglutinin (H) and neuraminidase (N) protein variants on the surface of the virus. Currently, the most common influenza strains in humans are A/H1N1 and A/H3N2.

Major changes in the influenza virus usually result from new combinations of influenza viruses that affect birds, pigs and humans. New strains have the potential to cause pandemics as there is little pre-existing immunity.

Since the beginning of the 20th century, there have been four influenza pandemics, in 1918, 1957, 1968, and 2009. In between pandemics, seasonal influenza circulates throughout the world.

Although influenza is not as infectious as many other respiratory infections, the very short incubation period of around 1.4 days means outbreaks can spread quickly.

Vaccines are available to prevent influenza, but are only partially protective. Antiviral treatments are available, including oseltamivir, zanamivir, peramivir and baloxavir. Oseltamivir decreases the duration of illness by around 24 hours if started early, but whether it reduces the risk of severe influenza and its complications is controversial.

Paramyxoviridae are a large group of viruses that affect humans and animals. The most well known are measles and mumps, as well as parainfluenza virus (a common cause of croup in children).

Globally, measles is a dangerous disease for young children, particularly those who are malnourished. Vaccines are highly effective with the measles vaccine alone estimated to have saved 17 million lives between 2000 and 2014.

One group of paramyxoviruses is of particular importance for pandemic planning – henipaviruses. This includes Hendra virus, Nipah virus and the new Langya virus (as well as the fictional MEV-1 in the film Contagion). These are all zoonoses (diseases that spill over from animals to humans)

Hendra virus was first discovered in Queensland in 1994, when it caused the deaths of 14 horses and their horse trainer. Infected flying foxes have since spread the virus to horses in Queensland and northern New South Wales. There have been seven reported human cases of Hendra virus in Australia, including four deaths.

Nipah virus is more significant globally. Infection may be mild, but some people develop encephalitis (inflammation of the brain). Outbreaks frequently occur in Bangladesh, where the first outbreak was reported in 1998. Significantly, Nipah virus appears to be able to be transmitted from person-to-person though close contact.

The most common disease symptoms caused by infection with alphaviruses like chikungunya and Ross River viruses are fever, rash and painful joints.

Like some flaviviruses, chikungunya virus is thought to be only spread by Aedes aegypti mosquitoes in Australia. This limits risks, for now, to central and far north Queensland.

Many different mosquitoes play a role in transmission of alphaviruses, including dozens of mosquito species suspected as playing a role in the spread of Ross River fever. Many of these mosquitoes are commonly found across Australia.

But what role may these local mosquitoes play should diseases such as eastern equine encephalitis or western equine encephalitis make their way to Australia? Given the capacity of our home-grown mosquitoes to spread other alphaviruses, it is reasonable to assume they would be effective at transmitting these as well. That’s why the CSIRO report notes future pandemic preparation should work alongside Australia’s established biosecurity measures.