What Happens When People With Autism Grow Old? 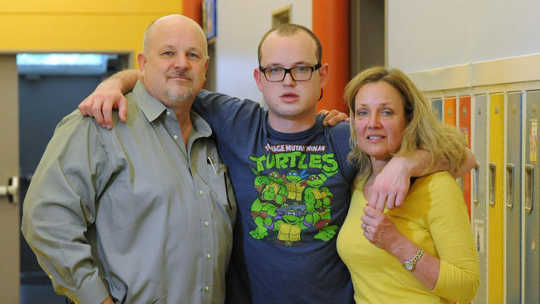 If you mention autism to most people they will think about children, but it is a lifelong diagnosis. Children with autism grow up to be adults with autism. Little is known about how the symptoms change with age. This is because autism is a relatively new disorder, first described in 1943 and not regularly identified until the 1970s. It is only now that those people first diagnosed are reaching older age that we can start to learn whether the disorder changes over a lifetime.

There have been some suggestions that symptoms may reduce as people get older. These reports, describing fewer difficulties with older age, are often from people with autism themselves and from their families. But how much evidence is there for this? Our latest research provides some answers, and also raises some new questions.

Working with the Autism Diagnostic Research Centre in Southampton we assessed 146 adults who were referred to the centre seeking a diagnosis of autism between 2008 and 2015, and who consented to take part in the research. People were aged between 18 and 74-years-old. A hundred of these adults were diagnosed with autism, and 46 people did not receive a diagnosis. This gave us an opportunity to explore the subtle differences between people who receive a diagnosis and those who don’t, even though they may have some other similar difficulties.

Our analysis showed that age and severity of autism were linked; that is, as age increased so did the severity of autism symptoms in social situations, communication and flexible thinking (such as coping with change or generating new ideas or solutions). We also found that older people with autism were more likely than younger people to extract rules from situations or prefer structure (for example, wanting to know how committees are organised or always following the same routine during a task).

This pattern did not occur in the group of 46 people who didn’t have autism. Whether this tendency to extract rules is a “worsening” of autism symptoms or a general trend among all older people is not yet clear.

It may seem surprising that people who received a diagnosis much later in life had more severe symptoms, as we might expect people with severe symptoms to be more likely to seek a diagnosis earlier in life. What we found was that the older adults with autism performed better than the young adults with autism on some cognitive tests we carried out. The group diagnosed with autism were faster on tests measuring speed of thinking during a task and did better when dealing with visual and shape information. Perhaps these abilities have helped adults with autism develop strategies across their lives that have helped them to cope with their symptoms which may explain why they were not diagnosed until adulthood.

The people described in our research were are not typical of people with autism. They all had cognitive abilities in the normal range and did not receive a diagnosis in childhood when autism is most often recognised. Despite this, older people in the study showed more severe symptoms of autism. This might suggest that symptoms of autism become more severe with age. However, reporting more symptoms could also reflect a change in self-awareness. Better self-awareness is generally a good thing, but might lead to greater realisation of one’s own difficulties.

It isn’t yet clear whether people with autism age in the same way as people without autism – it’s still early days, given the relative age of the disorder. Ageing may also be different for each person with autism. People with autism may have developed strategies to help them age better, or may be at risk for depression and cognitive decline. In future work, we aim to see people every few years so we can understand how they change over time.

We all deserve to age as well as we can. It’s only by understanding how people with autism change as they get older, that we can start to put services in place to support them.