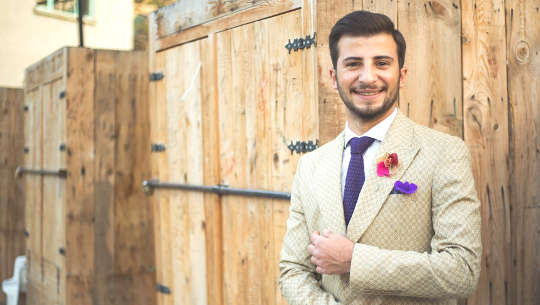 As the world navigates the complexities of gender inequity and the systems that hold it in place, individual women are trying to navigate their own industries. Hard work alone will not earn recognition from the system. Often, you need connections, clout, or a mentor to open doors for you. Those "doors"—including jobs, projects, or speaking opportunities—have been shut to women for decades.

Just as they hold the power, men hold the keys. Women often find themselves searching for a male mentor who can (metaphorically) open doors for them. You can't open a door simply by "leaning in" to it.

Although men see the benefits of mentorship, they are not likely to offer these opportunities to women. For decades, this was due to the lie that women were inferior, or that our value only came from our beauty or ability to care for the home. In the post-#MeToo era, men find themselves withholding mentorship opportunities for other reasons. They don't want to get "canceled" or "#MeToo-d," or they simply refuse to believe that gender inequity exists!

This creates a cycle of women fruitlessly leaning into closed doors. Worse, it enforces the lies we have been told about our inferiority to men and our "place" in the home or on the lower rungs of corporate America. In order to discuss solutions to problems of discrimination, we must think bigger than legislation. We must dismantle the system that has encouraged this discrimination and create a world where we all work to lift one another up.

Systemic sexism is a system where women can show an effort, but men ultimately make decisions. Women can take their seats at the table, but very rarely own the table or even make the seating arrangements themselves. We often need someone to advocate on our behalf just to begin contributing at work.

This advocate is often a mentor. Yet, in Lean In, Sheryl Sandberg finds fault with the idea of looking for a mentor:

"I realized that searching for a mentor has become the professional equivalent of waiting for Prince Charming. We all grew up on the fairy tale Sleeping Beauty, which instructs young women that if they just wait for their prince to arrive, they will be kissed and whisked away on a white horse to live happily ever after. Now young women are told that if they can just find the right mentor, they will be pushed up the ladder and whisked away to the corner office to live happily ever after. Once again, we are teaching women to be too dependent on others."

Sandberg's privilege is apparent. People throughout history have gotten ahead because they know someone inside an organization who champions them. Men and women both have secured positions because of someone they know. I have hired and advocated for people due to our personal connections.

Even before I began searching for jobs, mentors guided me and helped me build skills that I would use throughout my career. Sandberg has written herself that men tend to get hired based on their potential, while women are hired based on past achievements. The right mentor can help communicate and vouch for a woman's potential, helping them secure jobs "up the ladder."

Are We Missing Stability and a Shared Sense of Purpose In Our Jobs?

3 Ways To Improve Your Mental Well-Being At Work

Jeff Bezos created a leadership team for Amazon that included just one woman, and women account for only four out of Amazon's top 48 executives. Is this going to change? Not anytime soon. Bezos has cited low turnover as the reason for the lack of diversity on his leadership team. He knows and relies on the (mostly white) men at the top. He clearly prioritizes familiarity and personal relationships.

Mentors will not dismantle systemic sexism alone, but they may be the key to advancing in your industry. Sandberg herself has backpedaled on this issue. As the dust settled from the #MeToo movement, men found new excuses to avoid mentoring women. Now, LeanIn.org has a page that shares statistics about the importance of mentorship and calls for men to mentor women, describing mentoring as "critical to the success of women across industries."

In the early days of my career, I did not have a huge network of professional women to rely on for advice. I needed to create one. Men rarely need to put in the same effort. They instead spend that time working on other ways to advance their careers.

By the time I started to create a network of professional women for advice, my male colleagues had already received opportunities, learned from mentors, and further advanced their careers. This inequity is just the beginning of what holds women back as we try to navigate the corporate jungle gym, academia, or other fields that place value in connections.

Ladies, Leadership, and the Lies We've Been Told
by Areva Martin

Anyone who is looking to move forward in their career will gain insight and enjoy anecdotes from Areva Martin’s Awakening, which calls out the lies told by a patriarchal society and calls in all people to work toward a more equitable one. A self-help book and feminist manifesto all in one - Awakening is a call for action and gender equity in a post-covid world.

Awakening goes beyond the idea that women should ask for a seat at the table. Areva Martin makes the case for women to tear down the building, build anew, and choose tables that make room for everyone. She does this by exposing five lies told by society that have kept women held back for so long. By further exploring the problem and offering solutions that benefit all people, Awakening gives women in all careers a path toward a more equitable world. 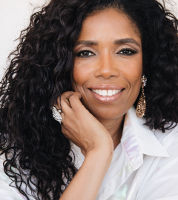 A best-selling author, Areva has dedicated her fourth book, Awakening: Ladies, Leadership, and the Lies We've Been Told, to helping women worldwide recognize, own, and assert their limitless power. Learn more at arevamartin.com. by HeatherAsh Amara
I see the Little Soul as a small child. When a child is in­timately connected to a loving, wise,…

by Turīya
During an NHL hockey game, the average ice time for a player per shift is 30 seconds. When a player…