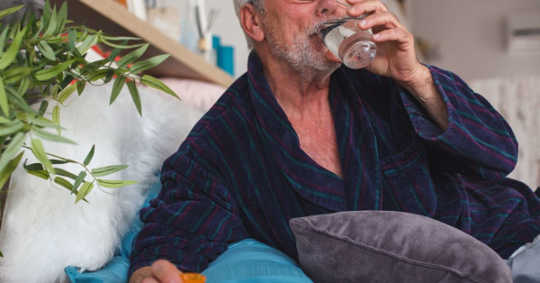 Cholesterol-lowering statins are one of the world’s most commonly used medicines. They were first approved for people with a high risk of cardiovascular disease in 1987. By 2020, global sales were estimated to have approached US$1 trillion (£764 billion).

However, there has been an ongoing debate about whether or not statins are over-prescribed. Does everyone who takes them really benefit from them? To find out, my colleagues and I found 21 relevant clinical trials and analysed the combined data (over 140,000 participants) in what is known as a meta-analysis.

We asked two questions: is it best to lower LDL cholesterol (sometimes known as “bad” cholesterol) as much as possible to reduce the risk of heart attack, stroke or premature death? And, how do the benefits of statins compare when it comes to reducing the risk of these events?

This is an important finding because clinical guidelines have expanded the proportion of people eligible for statins as “ideal” LDL cholesterol levels were incrementally lowered. For example, one study estimated a 600% increase in eligibility for statins between 1987 and 2016.

The proportion of people in Europe eligible for statins 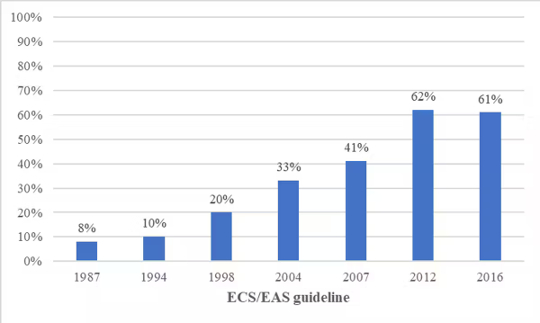 Proportion of people eligible for statins, according to the European Society of Cardiology (ESC) and the European Atherosclerosis Society (EAS). British Journal of General Practice, 69(683), pp.e373-e380

Although there is a 50% relative risk reduction, is it a meaningful difference? Would it be worthwhile changing to this drug, particularly if there are side-effects associated with it? Absolute risk reduction presents a clearer picture and makes it easier for people to make informed decisions. 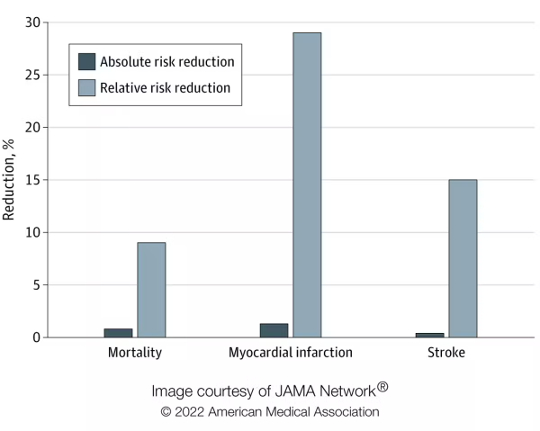 A further consideration is that trials report average outcomes across all included participants rather than for an individual. Clearly, people’s individual risk of disease varies depending on lifestyle and other factors. The baseline risk of cardiovascular disease can be estimated using an online calculator, such as QRisk, which takes a range of factors into account, such as weight, smoking, blood pressure, cholesterol and age.

The likelihood of a person developing cardiovascular disease in the next ten years is expressed as a percentage. For example, consider an overweight 65-year-old man who smokes, has high blood pressure and total cholesterol. He may be at high risk of cardiovascular disease, compared with a 45-year-old, non-smoking woman with slightly raised cholesterol and blood pressure and no other risk factors. If a doctor were to assess their risk of dying in the next ten years, the estimated risk for the man might be 38%, for example, whereas the woman’s risk might be only 1.4%.

Now consider the impact of taking statins for both. According to the study, statins would reduce the relative risk of dying by 9%. In absolute terms, the man would reduce his risk from 38% to 34.6%, and the woman from 1.4% to 1.3%.

Patients and their doctors need to consider whether they think these risk reductions are worthwhile in a trade-off between potential benefits and harms, including the inconvenience of taking a daily medicine, possibly for life. This is particularly salient for low-risk people for whom the benefits are marginal. However, people perceive risk differently based on their own experience and preferences, and what might look like a “good deal” to some may be seen as of little value to others.

Our study highlights that patients and doctors need to be supported to make decisions about treatments using evidence from all available studies and presented in a format that helps them understand potential benefits. Both patients and their doctors need to understand the true impact of medicines in order to make informed decisions. Relying on relative risk, which is numerically more impressive, instead of absolute, may lead both doctors and patients to overestimate the benefits of interventions.

If you have been prescribed statins, don’t stop taking your medication without first consulting your doctor. Your risk profile might mean that they could benefit you. But if you’d like to reassess taking this drug, ask your doctor to explain your absolute risk reduction and then make a collaborative decision.