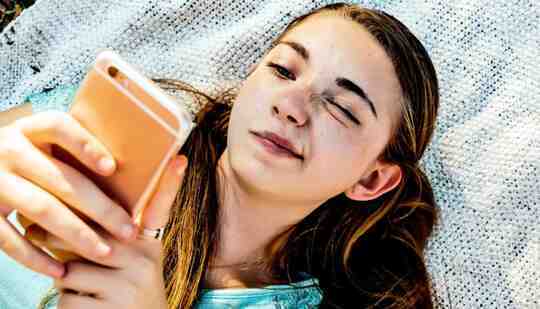 A new national study shows a woeful inability by high schoolers to detect fake news on the internet.

The research suggests an urgent need for schools to integrate new tools and curriculum into classrooms that boost students’ digital skills, the study’s authors say.

In the largest such study undertaken, researchers from Stanford Graduate School of Education devised a challenge for 3,446 American high school students who had been carefully selected to match the demographic makeup of the American population.

“The kids can do it. We must help get them there.”

Rather than conduct a standard survey, in which students would self-report their media habits and skills, the research team came up with a series of live internet tasks.

The results in the journal Educational Researcher highlight what the researchers say is an urgent need to better prepare students for the realities of a world filled with a continual flow of misleading information.

“This study is not an indictment of the students—they did what they’ve been taught to do—but the study should be troubling to anyone who cares about the future of democracy,” says Joel Breakstone, director of the Stanford University History Education Group and the study’s lead author. “We have to train students to be better consumers of information.”

In one of the study’s tasks, researchers showed students an anonymously produced video that circulated on Facebook in 2016 claiming to show ballot stuffing during Democratic primary elections and asked them to use internet-enabled computers to determine whether it provided strong evidence of voter fraud.

Students tried, mostly in vain, to discover the truth. Despite access to the internet’s powerful search capabilities, just three of the study’s more than three thousand participants—less than one tenth of 1%—were able to divine the true source of the video, which actually featured footage of voter fraud in Russia.

In another task, students were asked to vet a website proclaiming to “disseminate factual reports” about climate change. Ninety-six percent failed to discover the publisher’s ties to the fossil fuel industry. Overall, the researchers found that students were too easily swayed by relatively weak indicators of credibility—a website’s appearance, the characteristics of its domain name, the site’s “About” page, or the sheer quantity of information available on a website, irrespective of the quality of that information.

“Regardless of the test, most students fared poorly, and some fared more poorly than others,” says coauthor Sam Wineburg, a professor of education. “It presents a concerning picture of American students’ ability to figure out who produced a given story, what their biases might have been, and whether the information is reliable. More troubling still is how easy it is for agents of disinformation to produce misleading—or even deliberately false stories—that carry the sheen of truth. Coupled with the instantaneous and global reach of today’s social media, it does not bode well for the future of information integrity.”

The researchers suggested potential remedies that might right the ship, including teaching students strategies based on what professional fact checkers do—strategies that have been shown in experiments to improve students’ digital savvy.

“It would be great if all students knew how to take advantage of the full web and had complete command of advanced skills like Boolean operators, but that’s a lot to ask,” Wineburg says. “If you want to teach kids to drive a car, first you have to teach them to stop at red lights and not cross double lines, before learning how a catalytic converter works. As the study shows, a lot of these kids aren’t stopping at red yet.”

It is possible to develop students’ digital literacy skills, Wineburg says. Given the risk to our democracy, it will be critical for schools to integrate these skills into all subjects, from history to math, and at every grade level.

“The kids can do it,” Wineburg says. “We must help get them there.”

The study was funded by the William and Flora Hewlett Foundation. Why Talking To Babies May Change Their Brains

by Stanford
Engaging in “conversations” with adults may help infant brains develop, especially those areas… Succeeding with your Vision, Project, or Goal

by Alan Seale
When you are inspired by some great purpose, some extraordinary project, all your thoughts break…

by Sonja Grace
In my years of working with clients and their karmic history, I have chosen to take the meaning of…