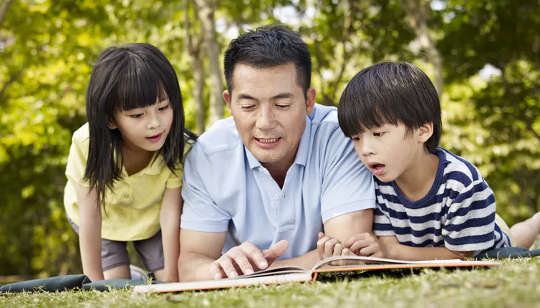 Early exposure to diverse story characters, including in ethnicity, gender and ability, helps young people develop a strong sense of identity and belonging. It is also crucial in cultivating compassion towards others.

Children from minority backgrounds rarely see themselves reflected in the books they’re exposed to. Research over the past two decades shows the world presented in children’s books is overwhelmingly white, male and middle class.

A 2020 study in four Western Australian childcare centres showed only 18% of books available included non-white characters. Animal characters made up around half the books available and largely led “human” lives, adhering to the values of middle-class Caucasians.

From these, we have compiled a list of recommended picture books that depict each of these five aspects of diversity.

Tom Tom, by Rosemary Sullivan and Dee Huxley (2010), depicts the daily life of a young Aboriginal boy Tom (Tommy) in a fictional Aboriginal community — Lemonade Springs. The community’s landscape, in many ways, resembles the Top End of Australia. 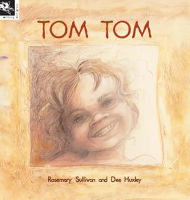 Tom’s 22 cousins and other relatives call him Tom Tom. His day starts with a swim with cousins in the waters of Lemonade Springs, which is covered with budding and blossoming water lilies. The children swing on paperbark branches and splash into the water. Tom Tom walks to Granny Annie’s for lunch and spends the night at Granny May’s. At preschool, he enjoys painting.

Through this picture book, non-Indigenous readers will have a glimpse of the intimate relationship between people and nature and how, in Lemonade Springs, a whole village comes together to raise a child.

Characters from other cultures 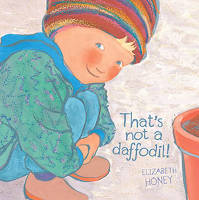 That’s not a daffodil! by Elizabeth Honey (2012) is a story about a young boy’s (Tom) relationship with his neighbour, Mr Yilmaz, who comes from Turkey. Together, Tom and Mr Yilmaz plant, nurture and watch a seed grow into a beautiful daffodil.

The author uses the last page of the book to explain that, in Turkish, Mr Yilmaz’s name does not have a dotted “i”, as in the English alphabet, and his name should be pronounced “Yuhlmuz”.

While non-white characters, Mr Yilmaz and his grandchildren, only play supporting roles in the story, the book nevertheless captures the reality of our everyday encounters with neighbours from diverse ethnic backgrounds. 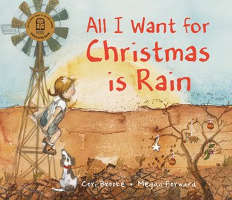 All I Want for Christmas is Rain, by Cori Brooke and Megan Forward (2017), depicts scenery and characters from regional or rural Australia. The story centres on the little girl Jane’s experience of severe drought on the farm.

The story can encourage students’ discussion of sustainability.

In terms of diversity, it is equally important to meet children living in remote and regional areas as it is to see children’s lives in the city. 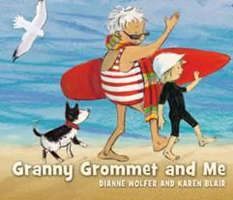 Granny Grommet and Me, by Dianne Wolfer and Karen Blair (2014), is full of beautiful illustrations of the Australian beach and surfing grannies.

Told from the first-person point of view, it documents the narrator’s experiences of going snorkelling, surfing and rockpool swimming with granny and her grommet (amateur surfer) friends.

In an age of parents’ increasing concern about gender stereotyping (blue for boy, pink for girl) of story characters in popular culture, Granny Grommet and Me’s representation of its main character “Me” is uniquely free from such bias.

The main character wears a black wetsuit and a white sunhat and is not named in the book (a potential means of assigning gender).

This gender-neutral representation of the character does not reduce the pleasure of reading this book. And it shows we can minimise attributes that symbolise stereotypes such as clothing, other accessories and naming.

Characters living with a disability 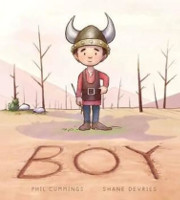 He uses sign language to communicate but people who live in the same village rarely understand him. That is, until he steps into the middle of a war between the king and the dragon that frightens the villagers.

He resolves the conflict using his unique communication style and the villagers resolve to learn to communicate better with him by learning his language. How To Deal With Guilt When It Takes Over Your Life

by Jolanta Burke, RCSI University of Medicine and Health Sciences
Many people feel guilty when watching horrific things happen to others on the news. It can also hit… Finding True Freedom by Crossing the Bridge of Forgiveness

by Vincent Cole
As you begin to seek inner faith and come to trust yourself and your abilities, you must first… Separation and Isolation vs. Community and Compassion (Video)