The Overload Syndrome: How To Deal with It and Learn to Say "No" 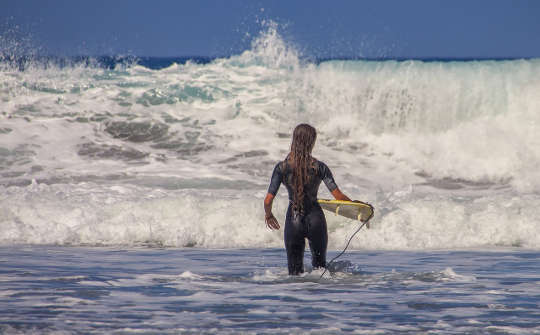 A thirty-year-old, formerly enthusiastic young mother developed despondency, insomnia, and episodes of crying a month after undertaking the chairmanship of the local PTA. She had already had a very busy schedule with four volunteer organizations and a full household of responsibilities. After she was encouraged by her physician to drop several of her volunteer jobs, she completely recovered from her symptoms in only a few weeks.

After a usually optimistic fifty-year-old college professor had been promoted to associate dean, he was complimented for his efficiency and was asked by the dean to assume additional responsibilities for someone going on sabbatical leave. Within two months, as he became aware of the lack of time to perform all of these duties, he developed insomnia, anxiety, depression, and chest pain. After a normal physical exam and electrocardiogram, he was urged to tell his superior that because of health he would no longer be responsible for the additional tasks. It required only a week to resume his normal state of health.

A young, previously happy receptionist in a psychiatrist's office gradually developed depression, with insomnia, crying spells, and fear of going to work. After a discussion with her employer, she agreed to leave her job and recovered in just a few weeks. In her case, it was not so much the quantity of work that was involved, but rather the content of communication of the patients' anxieties and depressions.

The "overload syndrome" is a temporary anxiety and depression state that results from becoming overburdened with too many work, household, volunteer, or social obligations, and subsides promptly after reducing the excessive responsibilities. Outside pressure to accept these responsibilities is usually a major factor, although many seem eager to take on the extra tasks initially. It can best be likened to overloading an electrical outlet and blowing a fuse.

The excessive obligations can either be distributed in a variety of different activities, or in too many responsibilities within a single job. This situation is becoming more frequent due to an increasingly busier way of life, and most of us experience it sooner or later.

Usually, it is the hardworking, previously optimistic people who are most prone to this condition. They are the ones who are most often sought to take on additional responsibilities, not only because of their efficiency, but also because of their pleasant nature, which makes them less likely to refuse. The resulting anxiety and depression seems unusual for them, since they had been previously happy.

Pessimists may also develop this condition. Common examples include homemakers who join too many volunteer organizations without realizing how much time will really be required, workers simply taking on too many different tasks within their job, or a combination of both.

At the time the additional responsibilities are offered, the person either anticipates that they can be easily handled, or he or she may feel pressured to accept them and would be embarrassed to refuse. Since these tasks are usually offered with the assurance that they should take only a minimum of time and effort, it can be embarrassing when one has to quit because the task is endangering one's health. Anxiety develops for fear of being unable to accomplish all the tasks at one's usually high standards.

As anxiety grows, with increasing feelings of entrapment, depression sets in, with its sense of hopelessness and guilt. Irritability and moodiness often disrupt the family's communication. Fatigue, inability to make decisions, and loss of efficiency often develop from the resulting anxiety-depression and further aggravate the situation. Prior recreational and exercise outlets are discarded from apathy and lack of time. Insomnia, especially awakening in the middle of the night and worrying about the uncompleted tasks, may leave them exhausted the next morning.

Eventually, many of these people will be willing to drop some of their excess tasks, often only after the situation becomes desperate. Since some may be dropping the overload activities on the advice of their physicians, they avoid the stigma of being a quitter. Since most have not been previously depressed, they will not usually require specialized counseling. Often they improve simply by dropping the excess amounts of obligation. Others who don't recover promptly may require counseling.

Managing Overload: Learning To Say "No"

The ideal management of the overload syndrome is to prevent it from occurring in the first place. This can be accomplished by being aware of this condition and avoiding excessive obligations.

First, one needs to learn when to say "no!" This does not usually mean rejecting responsibilities already agreed upon beforehand, unless it is a matter of health. An example is the duty of a physician to respond to his patients when they become ill, but referring someone not yet his patient to another physician when there isn't enough time to do an adequate job.

When someone is called to take on a volunteer position for a worthy organization, many assume "You just can't say no." All it takes is an awareness of one's priorities, then it becomes easier to refuse when it means preserving time and energy for the higher priority of obligations to one's family and health. This does not mean that you need to avoid additional challenges when they are of interest and can be managed adequately.

0ne must still be prepared, however, to accept some temporary feelings of guilt when refusing requests. It can be embarrassing to say "no" to a job supervisor or a friend who is a volunteer committee chairperson when they ask you to take on important responsibilities. If you are already overloaded, you need a specific plan of relief; whoever is seeking your help will usually ignore anything short of a firm refusal.

Once you recognize that you are suffering from an overload anxiety or depression, you could recover more promptly by enlisting the aid of your physician. Not only would this help to diagnose the cause, but it would also allow treatment of the symptoms and establish an acceptable reason to quit. On the other hand, if someone continues in an endless pattern of overwork at the expense of time for recreation and family life, then an internal workaholic compulsion may be the driving force rather than temporary external pressure.

Prevention is Better Than Over-Commitments

Remember, it's easier to prevent the overload syndrome by anticipating your capacity, and saying "no" when it is necessary, than to over-commit yourself into an anxiety and/or depression state. Nevertheless, once this occurs, you could still get prompt relief by cutting out the excessive obligations.

Awakening From Depression
by Jerome and Nanette Marmorstein.

Describes the symptoms of true depression, looks at how diet, exercise, and chemicals affect mood and energy, and explains how to avoid a depressed marriage

For more info and/or to order the above book.

Dr. Jerome Marmorstein is the assistant professor of medicine at the University of Southern California and practices internal medicine in Santa Barbara. His medical research is concerned with disease causation and prevention.

Nanette Marmorstein is the editor and co-writer with Dr. Marmorstein of their numerous research reports and articles.

Margin is the space that once existed between ourselves and our limits. Today we use margin just to get by. This book is for anyone who yearns for relief from the pressure of overload. Reevaluate your priorities, determine the value of rest and simplicity in your life, and see where your identity really comes from. The benefits can be good health, financial stability, fulfilling relationships, and availability for God’s purpose.