What Impact Does Epigenetics Have On Our Psychology? 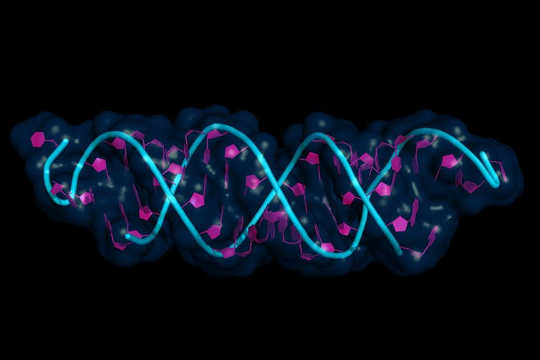 In the battle of nature versus nurture, nurture has a new recruit: epigenetics - brought in from molecular biology to give scientific heft to the argument that genes are not destiny. The overwhelming evidence for genetic effects on our psychological traits conjures up a fatalistic vision for many people, one in which we are slaves to our biology, not in control of our own psyche and our own behaviour. Epigenetics, a mechanism for regulating gene expression, seems to offer an escape from genetic determinism, a means to transcend our innate predispositions and change who we are.

This view is well represented by Deepak Chopra MD and Rudolph Tanzi MD, professor of neurology at Harvard Medical School, who write:

Every day brings new evidence that the mind-body connection reaches right down to the activities of our genes. How this activity changes in response to our life experiences is referred to as “epigenetics”. Regardless of the nature of the genes we inherit from our parents, dynamic change at this level allows us almost unlimited influence on our fate.

This hope arises from research that suggests that certain types of experiences in animals can indeed result in an epigenetic mark being attached to certain genes, with longlasting effects on behaviour. Epigenetics thus gives some mechanistic credentials to the idea that we can override or overwrite the genes that would otherwise dictate our innate traits and predispositions.

There is an inherent contradiction in this idea, however, in that the mechanism that confers responsiveness to experience is supposed, at the same time, to lock in place the resultant changes. There are even studies suggesting that such epigenetic marks can be passed down from parents to their children and even their grandchildren, priming them to behave in a certain way in response to experiences that their ancestors had. This is an ironically deterministic idea – that a person’s behaviour would be so strongly affected by their forbears’ experiences – especially for a mechanism that is supposed to mediate unlimited behavioural flexibility.

To evaluate the claims that epigenetics can break us free from our predetermined psychological traits, we need to look at the details of how our genes affect those traits, and what epigenetics really entails.

We all have encoded in our genome a program for making a human being, with a human brain, that confers our general human nature. But that program varies between people because of the many millions of genetic differences we all carry. So the program for making my brain differs from the program for making yours. And the precise way that the program plays out varies from run to run, so the outcome differs even between genetically identical twins. So our individual nature is a unique variation on the general theme.

We come wired differently, with innate predispositions affecting our intelligence, personality, sexuality and even the way we perceive the world. These innate psychological traits do not necessarily determine our behaviour on a moment-to-moment basis, but they do influence it, both at any given moment and by guiding the development of our habits and the emergence of other aspects of our character over our lifetime. But can epigenetics really overwrite these genetic effects on our psychology?

In molecular biology, epigenetics refers to a cellular mechanism for controlling the expression of genes. It is particularly important for the generation of different types of cells during embryonic development. All our cells contain the same genome, with about 20,000 genes, each encoding a specific protein, such as collagen, liver enzymes or neurotransmitter receptors. Different types of cells need a different subset of those proteins to do their respective jobs. So, in each cell type, some genes are “turned on”, that is, the gene is transcribed by an enzyme into messenger RNA, which is then translated into the appropriate protein. Others are “turned off”, so that piece of DNA is just sitting there and the protein is not actually being made.

While an embryo is developing, certain cells will get a signal to become muscle cells or nerve cells or skin cells. That signal induces the expression of some genes and the repression of others. But those signals are often transient and do not persist after development, while the cells still have to remain muscle cells or skin cells or nerve cells. Epigenetic mechanisms involve packaging the DNA into active or inactive states, such that the initial profiles of gene expression are maintained over the lifetime of the cells. So it acts as a kind of cellular memory. The epigenetic state of a cell can even be passed down through cell divisions.

Unfortunately, several terms in that description are open to misinterpretation. First is the term “gene” itself. The original meaning of the word came from the science of heredity and referred to some physical thing that was passed from parents to offspring and that controlled some observable trait. We now know that genes in the sense of heredity are actually variations in the sequence of DNA coding for some protein. For example, the “gene for” sickle-cell anaemia is really a mutation in the gene that encodes the protein haemoglobin. We all have the same set of genes, just different versions of them.

Second, and related, when we say a gene is “expressed” we mean that in terms of molecular biology. It may sound as though it is meant in terms of heredity, as though it refers to the effect of a genetic variation on some trait being either evident or not. But these are not at all the same thing. In reality, the relationship between expression levels of any given gene and our traits is typically highly complex and indirect.

Third, the term “cellular memory” inevitably suggests that epigenetics may underlie psychological memory and so form the basis of our response to experience. Though dynamic changes in gene expression are required for the formation of memories to happen, there is no evidence that the memories themselves are stored in patterns of gene expression. Instead, they are embodied in changes in the strength of connections between nerve cells, mediated by very local, subcellular changes in neuroanatomy.

Finally, the idea that epigenetic modifications of the DNA can be “passed down” is intended in terms of cell division but makes it sound like epigenetic responses to experience can be passed down from an organism to its offspring. Though such a mechanism does exist in plants and nematodes, there is no convincing evidence that this is the case in mammals, especially not in humans.

Let’s consider a simple example. If I spend some time out in the sunlight, I will develop a tan. That is essentially an epigenetic process, involving changes in gene expression that increase the production of melanin in my skin, resulting in darkening of the skin tone. Here, there is a pretty simple, direct and immediate relationship between the expression of the relevant genes and the trait of skin colour. This cellular response to experience lasts from weeks to months, but not longer. And it will not be passed down to my children or grandchildren.

There are a few neural functions where epigenetic effects on a small number of genes may be important, such as regulation of stress responsiveness and drug addiction, for example. But psychological traits like intelligence and personality are not determined by the ongoing action of a few genes.

That led to our brains being wired in a certain way, such that our various neural circuits tend to work in a certain way, resulting in differences in cognitive functions and decision-making in various scenarios, manifesting as characteristic patterns of behaviour. That’s an awfully long and complex road from genes to psychological traits. The idea that we can change those traits by altering the expression of some genes in adults – like getting a suntan – is therefore pretty fanciful.

Invoking the cellular mechanism of epigenetics does not make it any less fanciful. Nor is there any real evidence that experiences like trauma cause epigenetic changes that affect a sufferer’s children or grandchildren, behaviourally or in any other way. 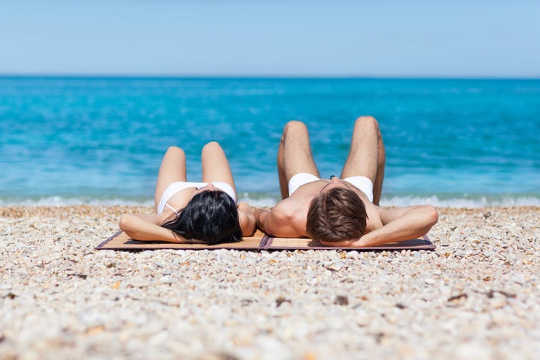 However, none of this means that we are genetically programmed automata whose behaviour is hard-wired from birth. We certainly have innate predispositions, but these provide only a baseline for our behaviour. We are, in fact, hard-wired to learn from experience – that is how we adapt to our particular circumstances and how our patterns of behaviour emerge. But this occurs through changes in our neuroanatomy, not in our patterns of gene expression.

Nor are those structures fixed. Change remains possible. We can still control our behaviour. We can work to overrule and reshape our habits. We can to some degree transcend our own subconscious inclinations. This requires self-awareness, discipline and effort. The one thing it does not require is epigenetics. Genes Do Shape Our Behavior But It’s Complicated

by Kevin Mitchell
Many of our psychological traits are innate in origin. There is overwhelming evidence from twin,… by David Kundtz
One feeling in particular merits a special note: anger. If this feeling is a problem for you,… by Ezra Bayda
If we could see our angry emotional reactions clearly, it would become obvious that they deplete us…