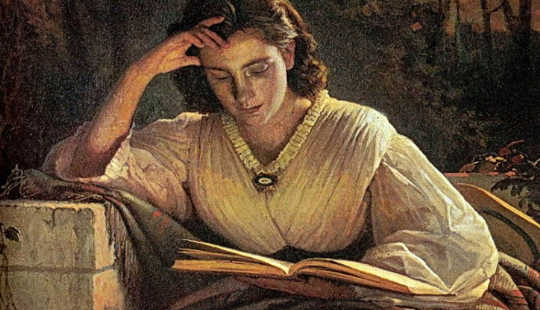 I had better confess straight away: I love reading historical fiction. So much so that I actually recommend to my Renaissance students that they read it too. Putting fictional flesh on historical bones can teach us a lot – about storytelling and, yes, also about history.

Debates about the validity of history in fiction are well rehearsed, but there are few better places to start than Hilary Mantel, who wrote in 2009:

The past is not dead ground, and to traverse it is not a sterile exercise. History is always changing behind us, and the past changes a little every time we retell it. The most scrupulous historian is an unreliable narrator … Once this is understood, the trade of the historical novelist doesn’t seem so reprehensible or dubious; the only requirement is for conjecture to be plausible and grounded in the best facts one can get.

Mantel here argues for the value of informed conjecture. The medium of the historical novel allows us to think through the human element of history and the ways in which the seemingly fixed narratives we are familiar with might so easily have spun off into an unfamiliar and different direction.

Here are some of my favourite authors – any of whom would make perfect holiday reads.

CJ Sansom is most famous for his series of six mystery novels set in the 16th century about a London lawyer called Matthew Shardlake. Shardlake has a knack for solving complex murders, combining ruthless logic with a real sense of integrity: he is a sleuth with a conscience.

Sansom’s protagonist becomes the canvas on which he projects the imagined internal conflicts of religious reform. He is the expression of a tangled web of conflicted conscience and split political loyalties. Each of the instalments of the series reimagines Shardlake’s social and professional relationships as he encounters his various patrons, starting with Thomas Cromwell and moving on to dealings with Katherine Parr and Lord Burghley.

What makes Sansom’s books stand out in a crowded literary field is the complexity of his plotting but also the often claustrophobic and dark situations confronting his main character and his various sidekicks.

A pseudonym for Stephenie Merritt, who instead of creating a fictional protagonist, uses the historical figure Giordano Bruno for her main character. The known biographical facts of Bruno’s life are colourful enough without needing any further embroidery to work as a fictional character: Bruno was an apostate excommunicated Dominican monk on the run from the Catholic Inquisition and wanted for heresy for his inflammatory books regarding the shape and composition of the universe. He eventually died for his belief.

Parris intertwines the known facts of Bruno’s life with fiction: we know he was in Elizabethan London between 1583 and 1585, and in Parris’s six novels, he spends this time as a spy at the Elizabethan court and in the employ of Francis Walsingham. The scene is therefore set for a series of novels about faith and divided political loyalties, and Bruno commonly encounters Catholic plots aimed at Elizabeth I.

As with Sansom’s novels, it’s the complex and divided personal loyalties of the main protagonist that provide the food for thought. Can Bruno be a heretic and a good man, all at the same time?

Moving away from interactions with real historical figures, Dunant’s triptych of Renaissance women novels, explores different aspects of the lives of women in Renaissance Italy. These novels – The Birth of Venus (2003), In the Company of the Courtesan (2006), and Sacred Hearts (2009) – are meticulously researched but follow the lives of fictitious rather than real heroines.

Dunant’s novels don’t work as a series around one central character. Instead, each novel imagines a scenario focused on the choices of one particular woman. We might follow Dunant into the heart of a Ferrarese convent, where a novice has been placed against her will, or we might share in the life of a Venetian courtesan who falls in love and therefore compromises her ability to work as a prostitute.

Dunant thus allows us to imagine how women’s lives in Renaissance Italy sit between tightly prescribed societal norms and the women’s own emotional reactions to these restrictions. The books challenge a modern reader to imagine the impact on gender norms and expectations on permissible behaviours on 15th-century women and questions whether these women were all that different from contemporary ones in their search for love, and freedom to just be themselves.

My final choice for the list is Toby Clements, with his debut novel Kingmaker: Winter Pilgrims. The book is set during the War of the Roses, covering exactly the same historical ground as Conn Iggulden’s Kingmaker series. Both authors are ultimately concerned with the fortunes of Richard Neville, Earl of Warwick, the “Kingmaker”, whose political choices determine the rise and fall of the House of York. Iggulden’s series concentrates on Neville himself, depicting a conflicted statesmen making hard choices that tear his own family apart.

Clements focuses on the other end of the political spectrum, telling a story of how the Kingmaker’s choices impact on the voiceless and disenfranchised: he writes of a displaced nun and scribe who leave the safe and sheltered environs of their religious houses and come to the political conflict with no previous sense of loyalties. Both are in search of an identity, and both face choices that sometimes breaks their friendship apart, and sometimes brings them together.