Your Dog Can Remember More Than You Think 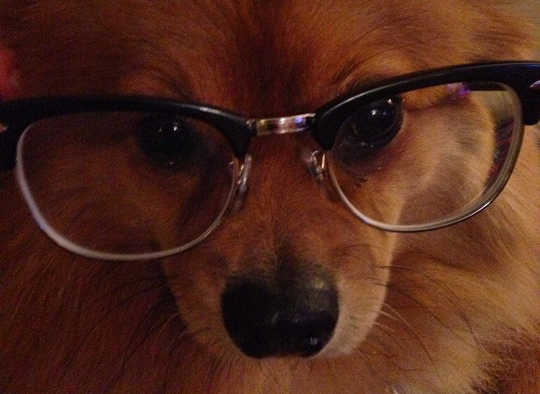 Any dog owner will tell you how smart they think their dog is. What we usually think of as smartness in dogs is measured or observed in their external behaviour. Being able to respond to commands, for example, or remember the location of a hidden toy.

Scientists have long wondered whether what underlies “smart” behaviour in animals is cognitive processes – in other words, thinking, an expression of some kind of intelligence. Researchers started by studying non-human primates and have since demonstrated remarkable cognitive abilities in other mammals, including dogs. They have shown that dogs have significant capacity to remember associations between commands, situations and behaviour. Recent research even showed that dogs can actually remember specific events, just like humans and other primates can.

In the early 2000s, a series of studies began to show unequivocally that dogs have sophisticated abstract abilities. For example, they can follow pointing gestures, something that was previously thought to be a uniquely human capacity. A later study showed that dogs could do this even though chimpanzees, often thought of as one of the smartest animals, can’t.

Dogs have also been shown to have numerical abilities, another skill previously thought to exist only in humans. A 2002 study investigated the ability of 11 pet dogs to count by performing simple calculations in front of them using treats. The researcher would place a number of treats behind a screen one by one and then reveal how many there were in total. But sometimes the experimenter would manipulate the outcome so that the total of treats revealed at the end wasn’t the same number the dog had seen placed there. For example 1+1=3 instead of 1+1=2.

The dogs spent significantly longer looking at the outcome of the manipulated calculations, as if the answer was not what they had been expecting. This suggested that not only did the dogs anticipate the results of the calculations, but also that they held representations of numbers in their memory.

In November 2016, a new study showed dogs’ memory may be even more sophisticated than this. Researchers from Hungary demonstrated that dogs have a type of memory known in psychological jargon as “episodic memory”. This is the ability to remember specific events from the past rather than just the relationship between two things (associative memory). This has been previously only be shown to exist in humans and other primates.

Evidence that non-human animals have some form of episodic memory is difficult to obtain because you can’t ask animals what they remember. So in the recent study, a group of dogs were trained to repeat an action demonstrated by a human trainer. For example, if the model jumped in the air and gave the dog the command “Do it!”, the dog was supposed to reproduce the same action as observed. And they did.

Further experiments showed that the dogs remembered the actions even when they were not expecting to be rewarded for the “imitation”. The animals were not simply learning to memorise associations between an action performed by an actor and their behavioural response because they wanted to be rewarded. This was the first time, as far as we can tell, that animals other than primates have been shown to remember events.

Exactly how long dogs can remember things for, however, is not clear. We don’t have evidence that dogs can remember events months or even days after they have happened, like humans can. One recent study that compared the memory capabilities of 25 different animals even suggested that dogs’ short-term memory for information was limited to just a couple of minutes.

Still, this was much better than the average time for all the animals in the study, which was just 27 seconds. Compared to most animals, dogs do seem to have a particular knack for remembering things. So perhaps dog owners are right to swear by their pets’ intelligence.