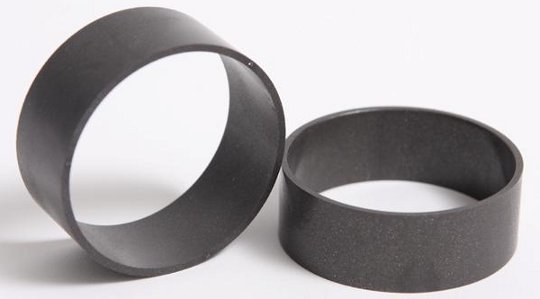 Electromagnetic energy is an integral part of the human body. It can help produce illness and help bring healing, depending on its type and strength. The world is surrounded by magnetic fields: some are generated by the Earth's magnetism, others by solar storms and changes in the weather. Magnetic fields are also created by everyday electrical devices: motors, televisions, office equipment, computers, electrically heated water beds, electric blankets, microwave ovens, the electrical wiring in homes, and the power lines that supply them.

Recently, scientists have discovered that external magnetic fields can affect the body's functioning in both positive and negative ways, and this observation has led to the development of magnetic field therapy. The use of magnets and electrical devices to generate controlled magnetic fields has many medical applications and has proven to be one of the most effective means available for diagnosing human illness.

Magnets and electromagnetic therapy devices are now being used to relieve symptoms and reverse degenerative diseases, eliminate pain, facilitate the healing of broken bones, counter the effects of stress, and address the reversal of cancer. Magnets are widely used throughout Europe and are now becoming more accepted in the United States. Researchers have noted that positive and negative magnetic energies have different effects upon the biological systems of animals and humans -- negative magnetic fields have a beneficial effect, whereas positive magnetic fields have a stressful effect. They have found that magnets could be used in the treatment of arthritis, cancer, glaucoma, infertility, mental and emotional disorders, and other diseases.

Magnetic Fields are Vital to Health

Many people are becoming aware that our external sources of magnetism are currently dwindling. Kyoichi Nakagawa, M.D., references authorities who have demonstrated that the Earth's magnetic field has diminished in half over the last 500 years. Nakagawa points out that modern technology, such as trains, cars, and metal buildings, absorb the Earth's magnetic field and cause a loss of gauss strength. This interferes with the human energy system because electromagnetic induction does not occur at an optimum level. It seems logical that the human body is adapted to a higher gauss strength than that of the Earth's current magnetic field, and thus human deficiencies are now emerging.

After more than 20 years of research, Nakagawa has concluded that a magnetic field deficiency syndrome exists as a result of this weakened magnetism. The symptoms of this syndrome include: stiffness in the shoulders, back, and neck; chest pains; headache and heaviness of the head; dizziness; insomnia; habitual constipation; and general lassitude. The long-term biological consequences of magnetic deficiency include the following: the development of acute symptoms and chronic degenerative diseases; the loss of normal healing ability; and the unsuccessful defense against infectious microorganisms and environmental toxins. In particular, when the body's supply of magnetism is deficient, the oxidoreductase enzymes do not function properly. These enzymes are needed for the following: the reversal of free radicals, hydrogen peroxide, aldehydes, alcohols, and acids back to molecular oxygen; and the maintenance of the pH at a normal alkaline state. A negative magnetic field activates paramagnetic bicarbonates in the body and activates these enzymes.

Magnets as a Medical Therapy

Electromagnetic energy and the human body have a valid and important interrelationship. Magnetic field therapy can be used in both diagnosing and treating physical and emotional disorders. This process has been recognized to relieve symptoms and may, in some cases, retard the cycle of new disease. Magnets and electromagnetic therapy devices are now being used to relieve symptoms and reverse degenerative diseases, ease pain, speed the healing of broken bones, and counter the effects of stress.

The use of magnets and electrical devices to generate controlled magnetic fields has proven to be one of the most effective means for diagnosing disease. For example, MRI (magnetic resonance imaging) is replacing X-ray diagnosis because it is safer and more accurate, and magnetoencephalography is now replacing electroencephalography (EEG) as the preferred technique for recording the brain's electrical activity.

In 1974, physicist Albert Roy Davis noted that positive and negative magnetic polarities have different effects upon biological systems. He found that magnets could be used to kill cancer cells in animals, and could also be used in the treatment of arthritis, infertility, and chronic diseases related to aging. He concluded that negative magnetic fields have a beneficial effect on living organisms, whereas positive magnetic fields are detrimental (stressful).

The negative pole calms neurons and encourages rest, relaxation, and sleep. When sufficiently high in gauss strength, it can even produce general anesthesia. And because it is neuron-calming, it has been successfully used in the control of neurosis, psychosis, seizures, addictive withdrawal, and movement disorders. A negative magnetic field consistently produces a predictable, long-term healing response, because only this field can ultimately relieve stress or injury. The body itself always responds with negative magnetic field energy to counter any stressor. The negative magnetic field counteracts stress by the following mechanisms: normalization of pH (acid-base balance), correction of cellular swelling or edema, and release of molecular oxygen.

In contrast, the positive pole has a stressful effect on the body. With a prolonged exposure, it interferes with metabolic functioning, produces acidity, reduces cellular oxygen, and encourages the spread of latent microorganisms. As a neurologist, I have seen that a positive magnetic field excites or stimulates neurons. The higher the gauss strength of the positive pole, the higher the level of stimulation. In fact, a sufficiently high positive magnetic field can even evoke seizures and precipitate psychosis in those so predisposed.

"Scientifically designed, double-blind, placebo-controlled studies, however, have not been done to substantiate the claims of there being different effects between positive and negative magnetic poles," says John Zimmerman, Ph.D., President of the Bio-ElectroMagnetics Institute. "But numerous anecdotal, clinical observations suggest that such differences are real and do exist. Clearly, scientific research is needed to substantiate these claims."

The Future of Magnet Therapy

With the rising popularity of magnetic field diagnostic techniques such as MRI (magnetic resonance imaging), magnets and electromagnetic devices are beginning to gain mainstream medical acceptance as diagnostic and treatment tools. Eventually, the medical community will understand that magnetic therapy as a treatment modality provides predictable and effective results for a variety of illnesses. Magnetic therapy in the future will be seen not only as a valuable diagnostic technique, but as an effective treatment modality. Because magnets do not introduce any foreign substance to the body, this makes them safer over the long-term than medications.

As our understanding of magnetic energy improves, we will begin to see that the negative magnetic field produces the most effective relief of pain caused by infections, local edema, acidosis, and toxicity. Magnets will also prove central to the healing process, particularly with broken bones, bruises, burns, acute environmental allergies, and chronic degenerative diseases.

Negative magnetic field therapy will offer the greatest control over abnormal electromagnetic activity in the central nervous system. Negative magnetic exposure will be used to control major mental disorders (delusions, hallucinations, disassociation, obsessive-compulsiveness, psychotic depression, and others) as well as minor emotional disorders (all types of neuroses) and learning and behavioral disorders (dyslexia, attention deficit disorder, hyperactivity). Negative magnetic field therapy will be shown to be an effective stimulator of the health-enhancing hormones melatonin and human growth hormone (HGH) when used at night. This application of magnets can substantially replace tranquilizers, antidepressants, and anti-seizure medications in the treatment of mental illness. In addition, it will help correct sleep disorders.

William H. Philpott, M.D., has specialty training and practice in psychiatry, electroencephalography, neurology, nutrition, environmental medicine, and toxicology. After 40 years of medical practice, Dr. Philpott retired in 1990 to engage in research as Chairman of the Independent Institutional Review Board. In this capacity, he guides physicians gathering data on the treatment and prevention of degenerative diseases using magnetic therapy.
Dwight K. Kalita, Ph.D., is the co-author of Brain Allergies: The Psychonutrient and Magnetic Connections, Victory over Diabetes: A Bio-Ecologic Triumph, and Nourishing Your Child, and the author of Light Consciousness. He was also co-editor of A Physician's Handbook on Orthomolecular Medicine. He has devoted over 30 years to medical journalism.