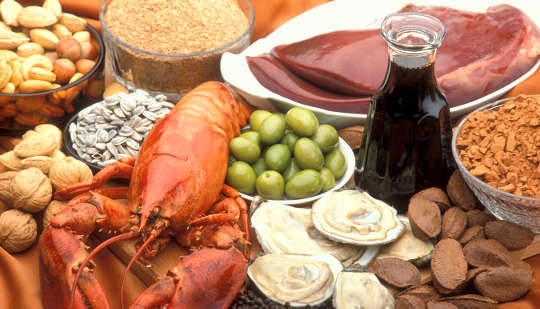 Food, nutrition and human health institutes around the world have been fighting to reduce the risks associated with consuming detrimental fatty acids that are linked to cardiovascular diseases. But few people know what fatty acids are, which ones are harmful or beneficial, and how to identify them.

Fatty acids are a component of the fat found in foodstuffs such as meat, eggs, milk, vegetables, snacks, vegetable oils and most spreads. There are both “good” and “bad” fatty acids.

On average, fatty acids make up about 45% of people’s daily calorie intake. This is much more than the recommended 20% to 35%.

Globally, the amount of fatty acids people consume is influenced by age, sex, country and region. Some reviews show that populations in Zimbabwe and Botswana consume too few “good” fatty acids. These make up less than 11% of their total daily energy intake.

Other studies have shown that young working-class adults in the developing world have high intakes of “bad” fatty acids – taking up more than 10% of their daily energy intake. This is similar to those in western countries.

The challenge is to improve dietary options so that fatty acid intakes are within the recommendations, which are set to help people reduce their risk of developing diet-related chronic diseases. These have been on the rise, especially in developing nations.

The reason for poor knowledge of fatty acids is simply due to not enough being done to improve awareness. For example, if fatty acids aren’t labelled, consumers can’t make informed decisions about the food they buy. In addition, a recent study around South Africa has shown that information is not the only deciding factor in the purchasing of foods. Cost also plays a role.

How customers make their choices

“Good” fatty acids include unsaturated omega 3 fatty acids. They are considered good because they help reduce the risks of cardiovascular diseases and cognitive decline. These are found in foods such as olive and flax seed oil, walnuts, seafood and fatty fish, such as salmon and tuna.

Saturated and trans fatty acids are considered bad. They have been clinically linked to increases in cholesterol levels and they increase the risk of several chronic diseases, such as type 2 diabetes, strokes, heart diseases and cancer. They emanate from increased dietary proportions of foods prepared using partially hydrogenated vegetable oil, dairy foods, fatty and processed meat cuts, and lard. The consumption of these foods is increasing significantly among resource-poor individuals, and fast-food and ready-to-eat-food consumers.

To gauge people’s knowledge of fatty acids our study was conducted at grocery stores in the Eastern Cape province of South Africa. A great many of the food products, such as meat and vegetable oils, carried information about “good” fatty acids, including the fact that they contribute to a healthy heart and blood system.

Shoppers were asked if they trusted brand adverts that highlighted the perceived benefits of “good” fatty acids. Opinions varied among demographic groups.

In high-end neighbourhoods most participants knew the function and health benefits associated with omega 3. They used this knowledge to choose food products. But in poorer areas like townships and villages only a few people knew of omega 3 fatty acids. They admitted to using this kind of information rarely when deciding what products to buy.

All those interviewed had one thing in common: they attested to the importance of television adverts. It improved their knowledge of food products and influenced their decisions to select food products that contained “good” fatty acids, especially in high-end neighbourhoods.

But none of the participants had seen an advert from the country’s national public health protecting agencies, such as the Public Health Association of South Africa. These bodies have the mandate to improve consumer awareness on health issues associated with fatty acids.

Although there is a strong inclination to promote “good” fatty acids, whose responsibility is it to explain the existence and dangers of “bad” saturated and trans fatty acids?

In the US, the Food and Drug Administration has forced mandatory saturated fatty acids labelling on all packages to protect consumers.

Other developed nations, including those of the European Union, and Australia and Canada, have followed suit by promoting the voluntary reduction of “bad” fatty acids in food production.

But much remains to be done in sub-Saharan African states, where these fats have caused an unprecedented increase in cardiovascular diseases, which account for 11% of deaths on the continent.

South Africa has a law that requires the labelling of trans fat in artificial “partially hydrogenated oils” and that it is kept at maximum of 2% of total energy. However, the maximum allowed fats are well higher than recommended levels (maximum 1%), exposing the consumer to health risks. There is very little public protection in other African countries.

In addition, consumers aren’t warned that cooking food in particular ways – such as deep frying – can change the fatty acid profile from “good” to “bad”.

Drastic changes in the advertising and labelling of foods are needed to improve awareness of the effects of processing and handling on the fatty acid quality of both raw and ready-to-eat food.

The global economic downturn has directly increased the risks of food insecurity and nutritional inadequacy by reducing the quantity, quality and food choices of poor and vulnerable groups. This is particularly true for people living in sub-Saharan African countries.

Economic pressures have led to people shifting from traditional foods to cheaper and processed starchy, monotonous diets that are characterised by low micro-nutrient and high energy levels. In addition, foods prepared by re-used cooking oil have been reported in some establishments.

What this shows is that governments should prioritise the needs of poor consumers by running awareness campaigns about a safer fatty acid balance in their diets.

The challenge is to improve nutrition and safety standards, while not destabilising access to food, through harsh penalties or obsessive labelling laws. The point is to reach a compromise that allows the consumer to make better and better-informed decisions.

Voster Muchenje, Professor of Meat Science and the co-host of the NRF SARChI Chair in Meat Science, University of Fort Hare