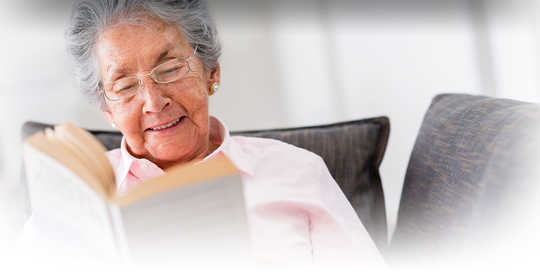 “We’ve known for a long time that measuring certain proteins in the blood can give you information about a person’s health status—lipoproteins for cardiovascular health, for example,” says senior author Tony Wyss-Coray, professor of neurology and neurological sciences and a professor and co-director of the Stanford University’s Alzheimer’s Disease Research Center. “But it hasn’t been appreciated that so many different proteins’ levels—roughly a third of all the ones we looked at—change markedly with advancing age.”

Changes in the levels of numerous proteins that migrate from the body’s tissues into circulating blood not only characterize, but quite possibly cause, the phenomenon of aging, Wyss-Coray says.

The work appears in Nature Medicine.

“Proteins are the workhorses of the body’s constituent cells, and when their relative levels undergo substantial changes, it means you’ve changed, too,” Wyss-Coray says. “Looking at thousands of them in plasma gives you a snapshot of what’s going on throughout the body.”

The study’s results suggest that physiological aging does not simply proceed at a perfectly even pace, but rather seems to chart a more herky-jerky trajectory, with three distinct inflection points in the human life cycle. Those three points, occurring on average at ages 34, 60, and 78, stand out as distinct times when the number of different blood-borne proteins that are exhibiting noticeable changes in abundance rises to a crest.

“Ideally, you’d want to know how virtually anything you took or did affects your physiological age,”

This happens because instead of simply increasing or decreasing steadily or staying the same throughout life, the levels of many proteins remain constant for a while and then at one point or another undergo sudden upward or downward shifts. These shifts tend to bunch up at three separate points in a person’s life: young adulthood, late middle age, and old age.

The researchers built their clock by looking at composite levels of proteins within groups of people rather than in individuals. The resulting formula could predict individuals’ ages within a range of three years most of the time. And when it didn’t, there was an interesting upshot: People whose predicted age was substantially lower than their actual one turned out to be remarkably healthy for their age.

The researchers obtained their samples from two large studies. One of them, the LonGenity study, has assembled a registry of exceptionally long-lived Ashkenazi Jews. It was able to provide many blood samples from people as old as 95.

On measuring the levels of roughly 3,000 proteins in each individual’s plasma, Wyss-Coray’s team identified 1,379 proteins whose levels varied significantly with participants’ age.

A reduced set of 373 of those proteins was sufficient for predicting participants’ ages with great accuracy, the study shows. But there were cases of substantial divergence between participants’ chronological and physiological age—for example, among the subjects in the LonGenity study, with their genetic proclivity toward exceptionally good health in what for most of us is advanced old age.

“We had data on hand-grip strength and cognitive function for that group of people,” Wyss-Coray. “Those with stronger hand grips and better measured cognition were estimated by our plasma-protein clock to be younger than they actually were.”

The study also strengthened the case that men and women, who were about equally represented in the study, age differently. Of the proteins that the researchers discovered change with age, 895—nearly two-thirds—were significantly more predictive for one sex than for the other.

“The differences were striking,” Wyss-Coray says. He adds that this finding strongly supports the rationale for the National Institutes of Health’s policy, instituted in 2016, promoting increased inclusion of women in clinical trials and the demarcating of sex as a biological variable.

Any clinical applications of the technique are a good five to 10 years off, he says. With further validation, though, it could not only identify individuals who appear to be aging rapidly—and, therefore, at risk of age-linked conditions such as Alzheimer’s disease or cardiovascular disease—but also to find drugs or other therapeutic interventions, like eating leafy green vegetables, that slow the aging process, or conversely to flash an early warning of a drug’s unanticipated tendency to accelerate aging.

“Ideally, you’d want to know how virtually anything you took or did affects your physiological age,” Wyss-Coray says.

While the words “373 proteins” may conjure up the image of a transfusion-sized blood extraction, a drop is all it takes for a 373-protein readout.

In fact, a mere nine proteins were enough to do a passable job, Wyss-Coray says. “After nine or 10 proteins, adding more proteins to the clock improves its prediction accuracy only a bit more,” he says. “With machine learning, you could potentially make a test with good accuracy based on just those nine proteins.

Senior author: Tony Wyss-Coray, professor of neurology and neurological sciences and a professor and co-director of the Stanford University’s Alzheimer’s Disease Research Center.

Additional researchers from the Hungarian Academy of Sciences Research Centre for Natural Sciences, Saarland University in Germany, the Albert Einstein College of Medicine in New York, the University of Bologna in Italy, and National Research Lobachevsky State University of Nizhny Novgorod in Russia contributed to the work.

Funding for the study came from the Department of Veterans Affairs, the National Institutes of Health, the Cure Alzheimer’s Fund, Nan Fung Life Sciences, the NOMIS Foundation, the Paul F. Glenn Foundation for Aging Research, the American Federation for Aging Research, the Brain Rejuvenation Project (an initiative of the Wu Tsai Neurosciences Institute), the Nathan Shock Center of Excellence for the Basic Biology of Aging, and the Glenn Center for the Biology of Human Aging.