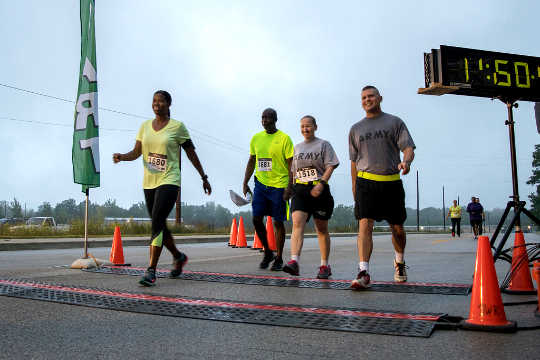 The anxiety many men experience after being diagnosed with prostate cancer may lead them to choose potentially unnecessary treatment options, researchers report.

“It underscores what we have been pushing a long time for, which is, ‘Let’s make this decision as informed and supported as possible.’ If distress early on is influencing treatment choice, then maybe we help men by providing clearer information about prognosis and strategies for dealing with anxiety. We hope this will help improve the treatment decision making process and ultimately, the patient’s quality of life,” adds Orom.

The study involved 1,531 men with newly diagnosed, clinically localized prostate cancer, meaning the disease hadn’t spread to other parts of the body.

Researchers measured participants’ emotional distress with the Distress Thermometer, an 11-point scale ranging from 0 (no distress) to 10 (extreme distress). The men were assessed after diagnosis and again as soon as they had made their treatment decision. The majority of study participants had either low- or intermediate-risk disease, and were more likely to have been treated with surgery, followed by radiation and active surveillance.

“Men’s level of emotional distress shortly after diagnosis predicted greater likelihood of choosing surgery over active surveillance,” the researchers report. “Importantly, this was true among men with low-risk disease, for whom active surveillance may be a clinically viable option and side effects of surgery might be avoided.”

While prostate cancer is a major disease in the US, it is not a death sentence, according to the American Cancer Society, which estimates there are nearly 3 million prostate cancer survivors alive today.

However, overtreatment is a concern, and surgery and radiation therapy have side effects that include erectile dysfunction and incontinence, which, for the majority of men diagnosed with low-risk prostate cancer, can be avoided by instead choosing active surveillance to monitor the cancer and considering treatment if the disease progresses.

“There’s an interest in driving the decision-making experience to prevent overtreatment and ensure that men have full information about all the side effects so they can make a choice that’s preference and value driven,” Orom says. “We don’t want men to make a decision that they’ll regret later on.”

“The goal of most physicians treating men with prostate cancer is to help their patients and family members through a difficult process and help their patients receive appropriate treatment,” says coauthor Willie Underwood, an associate professor in Roswell Park Cancer Institute’s urology department.

“To do so, it is helpful for physicians to better understand what is motivating men’s decisions and to address negative motivators such as emotional distress to prevent men from receiving a treatment that they don’t need or will later regret,” Underwood adds.

The study appears in the Journal of Urology. by David Hill, University at Buffalo
Postmenopausal women at the highest genetic risk for fractures benefit the most from hormone… by David Hill, University at Buffalo
Gum disease and tooth loss may be associated with a higher risk of death among postmenopausal…

by Lawrence Doochin
When power is misused, there is an imbalance in the relationship between those who have the power…

Can You Love Your Neighbor... and Your Family... and Yourself, Unconditionally?

by Marie T. Russell
Maybe that is the problem with the world. Everyone is treating their neighbors (whether individuals…

by Marie T. Russell, InnerSelf.com
The reason I share "what works for me" is that it may work for you as well. If not exactly the way…