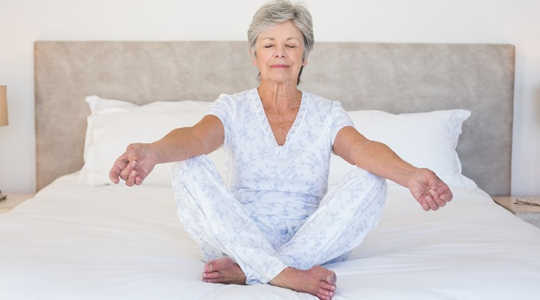 Two powerful tools for early Alzheimer’s detection may fit in the palm of your hand. In fact, one of those tools is your hand.

Doctors want to identify patients at risk for brain diseases like dementia and stroke early, before symptoms develop, with tests that are fast, cheap, painless, and easy for general practitioners to perform as part of a regular checkup.

Brain scans like MRI can help predict dementia risk, but aren’t practical for routine screenings. Now, a new study, published in the Journal of Alzheimer’s Disease, shows that by measuring walking speed with a standard stopwatch, and handgrip strength with a simple device called a dynamometer, doctors can predict which patients are at the highest risk for developing Alzheimer’s disease. In patients over 65, handgrip strength also helps predict stroke.

The research was based on data from physical and cognitive exams of volunteers in the Framingham Heart Study, which began in 1948 and has now followed the development of cardiovascular and other diseases in its subjects for three generations.

Between 1999 and 2005, a research team led by Erica Camargo Faye, a neurologist at Massachusetts General Hospital who was then a fellow in the neurology department of the Boston University School of Medicine, and Galit Weinstein, who shares appointments at MED and the University of Haifa in Israel, examined handgrip strength and walking speed of more than 2,100 people ranging in age from 35 to 84 years old, none of whom had been diagnosed with brain disease. Over 11 years, the researchers followed up to see which people developed Alzheimer’s or suffered strokes. They then looked for links between their initial test results and the emergence of these diseases.

“Healthy mind, healthy body. There’s some truth to that! It’s a cliché for a reason.”

The findings showed that that those with the weakest handgrip during the first round of testing—the bottom 10 percent of the group—were more than twice as likely to develop Alzheimer’s or other forms of dementia during the 11-year follow-up period. In people over 65, weak grip was additionally linked with higher rates of stroke. The researchers also found that those whose fastest walking pace was less than one meter per second had almost triple the risk for Alzheimer’s or dementia, compared to those who walked faster.

“These measurements for physical capability are really simple,” says Weinstein, so they are easy for doctors to incorporate into routine office visits.

Though there is no cure for Alzheimer’s, early prediction and detection could encourage people at high risk to make lifestyle changes—like staying physically active—that reduce their risk of developing the disease, says senior author Sudha Seshadri, a MED neurology professor and a senior investigator for the Framingham Heart Study.

“Once they have the clinical symptoms, it seems to be too late to make an effective difference,” she says. A simple in-office test could also help high-risk people get additional neurological testing and care early. Those who know that they are at high risk may choose to have difficult family conversations before symptoms develop.

Why are walking speed and handgrip such strong predictors of brain disease?

“There’s actually a prominent neurological component” to these tasks, Seshadri says. As we age, physical and mental facility both decline, probably because of general deterioration in the brain and the nerves that coordinate the body’s movements. That link makes some researchers wonder whether improving physical strength and agility through exercise could delay the progression of Alzheimer’s and other dementias.

Though this study does not explicitly address that question, there is a growing consensus that the link between brain and body goes both ways, Weinstein says. “Physical function can do so much that can affect vascular function, and this in turn can definitely affect your brain health.”

“Healthy mind, healthy body,” Seshadri says. “There’s some truth to that! It’s a cliché for a reason.” Brains Of People With Dyslexia Don’t Adapt To New Stuff