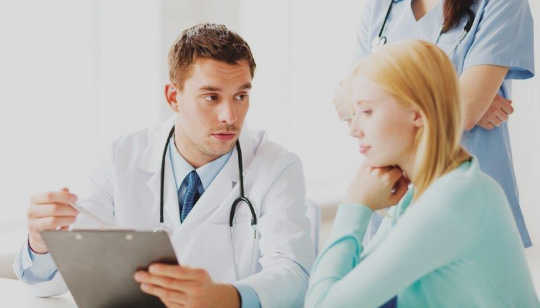 There has been substantial publicity about the MINDACT trial, which could lead to changes in breast cancer treatment. The study’s results suggest that women with a certain genetic profile would have a good chance of survival and cure regardless of chemotherapy.

While the results are encouraging, breast cancer treatment decisions are complex, and this study does not necessarily provide a clear yes or no answer about the need for chemotherapy.

As oncologists, we see this latest scientific development as yet another powerful tool in assessing a patient’s risk of developing cancer recurrence.

However, the study results cannot be used as a sole tool to help guide treatment decision making. It does not tell you that if a patient has a genetic profile associated with high risk of recurrence, taking chemotherapy would change that risk.

In essence, this trial is one more tool to inform patients and physicians about a tumor’s biologic behavior (more or less aggressive, more or less chance of development of a cancer recurrence). But the take-home message is that these results still do not help physicians and patients decide if chemotherapy can be skipped or not.

For years, surgery was usually the first step to remove a breast cancer tumor from the body. Both surgery and radiation (needed in certain cases) are helpful in promoting “local control” of the breast cancer. Treatments such as chemotherapy and/or hormone-blocker pills are considered as additional or adjuvant treatments, to help “sterilize” the rest of the body (“systemic control”) from potential microscopic cancer cells that can break off from the original tumor in the breast, and ultimately may be responsible for the so-called distant recurrence of the breast cancer.

The decision of whether a breast cancer patient will receive chemotherapy and/or hormone-blockers is based on many factors, including tumor size, grade, lymph node status, and presence or absence of hormone receptors or HER2 receptors.

In years past, chemotherapy was given to most women. It often brings unpleasant side effects, including nausea, hair loss and fatigue. Some of the toxic drugs used in chemotherapy can sometimes cause health issues years down the road, such as thinking or memory problems called chemo brain.

The good news is that many women with early stage disease are now potentially cured, sometimes without chemotherapy given after surgery.

Better understanding of a complex disease

Breast cancer is the most common cancer diagnosis and the second leading cause of cancer-related deaths in American women. Only lung cancer kills more women.

Not all breast cancers are alike. In fact, we are finding that many are much more aggressive than others. Many respond well to new therapies.

In a new era of personalized medicine, we, as oncologists who specialize in breast cancer, have much more information than ever to guide us in helping our patients.

Research has found that more than 75 percent cases of breast cancer express what we call hormone-receptors, which are proteins in the cancer cell that are “fed” by the hormone estrogen. This “fuel”, in turn, causes the cells to grow and divide. These cancers are called estrogen-receptor positive, or ER+. Treatment of early stage ER+ breast cancer consists of surgery, sometimes radiation, and hormone-blocker (endocrine) therapy with or without chemotherapy.

After a woman’s tumor is examined in a biopsy, some of the recently developed profiling tools can be used to help assess risk of recurrence and death in a more precise way.

First, there is Adjuvant! Online. This software provides an estimation of chemotherapy effectiveness when added to endocrine therapy, based on clinical-pathologic features, or what we see in a patient upon exam, or what we learn through laboratory tests.

Second, there is Oncotype DX, a 21-gene test, that actually has the ability to predict chemotherapy benefit and the likelihood of distant breast cancer recurrence, or metastasis.

More recently, a third tool called MammaPrint was developed. This 70-gene signature examines 70 genes involved in breast cancer growth and survival, and was the one tested in the MINDACT trial. Unlike Oncotype DX, it only provides risk assessment (low risk or high risk) for distant recurrence, or metastasis, but it does not predict chemotherapy benefit.

The purpose of the MINDACT (Microarray in Node-Negative and 1 to 3 Positive Lymph Node Disease May Avoid Chemotherapy) trial, an international, prospective, randomized phase 3 study, was to determine the clinical utility of the addition of the 70-gene signature (MammaPrint) to standard criteria in selecting patients for chemotherapy.

The analysis focused on patients with discordant risk results. These included those with cancers that showed high clinical risk but low genomic risk. High clinical risk would include a woman who had a larger tumor size and more lymph node involvement. Low genomic risk refers to those cancers lacking the genes that signify aggressive growth.

Bringing all the information together

So what does this mean for our patients in the clinic? Let us consider two hypothetical clinical scenarios.

Patient 1 is a 55-year-old woman with a 1.5 centimeter tumor that is ER+, low-grade, low proliferative rate with 0 of 3 sentinel lymph nodes, or nodes to which the tumor is most likely to have spread. Proliferative rate refers to the rate of growth of cells within the tumor; less than six percent is low, and greater than 10 percent is high.

Based on these clinical-pathologic features of her tumor, she is considered to have low clinical risk. According to results from the MINDACT trial, her clinical risk would trump her genomic risk, therefore, getting a MammaPrint test would be a waste of time and money.

Patient 2 is a 55-year-old woman with a 3.0 cm tumor that is ER+, high-grade, intermediate proliferative rate, with 2 to 5 positive sentinel lymph nodes. The patient is adamant about not receiving chemotherapy. Based on the clinical-pathologic features of her tumor, she is considered to have high clinical risk, and chemotherapy followed by endocrine therapy would be the standard of care recommendation.

If her MammaPrint test returns as low genomic risk, we could counsel the patient about her risk of distant metastasis without chemotherapy and breathe a sigh of relief if she had low genomic risk. She would certainly benefit from endocrine therapy, a daily, oral medication, for five to 10 years to reduce her risk of distant recurrence, or cancer that has spread, or metastasized.

These cases illustrate the complexity of clinical decision making in an era when we have a growing amount of data about the biology of each patient’s cancer. The MammaPrint test as used in the MINDACT trial suggests but does not predict a patient’s benefit from chemotherapy. It is merely a prognostic tool that tells us that the biology of the tumor matters. We already knew this.

For this reason, we believe the MammaPrint test is another tool which may help patients understand their risk of recurrence better. It is important that patients continue to have active discussions with their physicians about treatment options based on these gene panel tests in an effort to achieve personalized care. The Power of Showing Up and Helping

by Joyce Vissell
I was listening to a news reporter in Texas listing all of the destruction, and then he started…

by Eileen Workman
When Spirit notices something about your behavior that needs to evolve, it in-spires you to make a…

Whose Thoughts Are YOU Thinking? The North Node Shifts from Cancer to Gemini

by Sarah Varcas
The North Node always points us in the direction of progress and fulfilment, revealing how to more…