The Opioid Epidemic Can Be Traced Back Changes In Pain Management 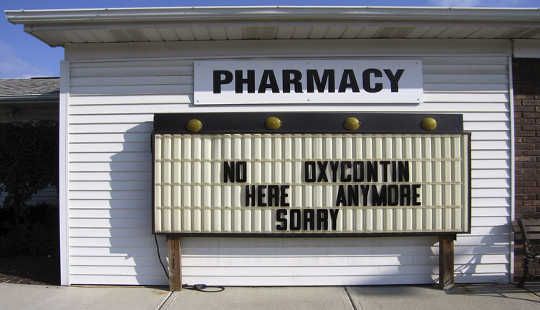 Abuse of opium products obtained from poppy plants dates back centuries, but today we are witnessing the first instance of widespread abuse of legal, prescribed drugs that, while structurally similar to illicit opioids such as heroin, are used for sound medical practices.

So how did we get here?

We can trace the roots of today’s epidemic back to two well-intentioned changes in how we treat pain: early recognition and proactive treatment of pain and the introduction of OxyContin, the first extended release opioid painkiller.

Fifteen years ago, a report by the Joint Commission on Accreditation of Healthcare Organizations, a nationally recognized medical society which accredits hospitals, stressed that pain was vastly undertreated in the United States. The report recommended that physicians routinely assess pain at every patient visit. It also suggested that opioids could be effectively and more broadly used without fear of addiction. This latter assumption was entirely mistaken, as we now understand. The report was part of a trend in medicine through the 1980s and 1990s toward treating pain more proactively.

The report was heavily publicized, and today it is widely acknowledged that it led to massive – and sometimes inappropriate – increases in the use of prescription opioid drugs to treat pain.

With more opioids being prescribed by well-meaning doctors, some were diverted from the legal supply chain – through theft from medicine cabinets or trade on the black market – to the street for illicit use. As more opioids leaked out, more people started to experiment with them for recreational purposes.

This increase in supply certainly explains a large part of the current opioid abuse epidemic, but it doesn’t explain all of it.

The second major factor was the introduction of an extended release formulation of the potent opioid oxycodone in the 1996. You may know this drug by its brand name, OxyContin. In fact, you might have been prescribed it after having surgery.

And within 48 hours of OxyContin’s release on the market, drug users realized that crushing the tablet could easily breach the extended-release formulation, making the pure drug available in large quantities, free from harmful additives such as acetaminophen, which most recreational and chronic abusers find irritating, particularly if they inject it intravenously. This made it an attractive option for those who wanted to snort or inject their drugs. Surprisingly, neither the manufacturer nor the Food and Drug Administration foresaw this possibility.

Purdue, the company holding the patent for the drug, continued to market it as having low abuse potential, highlighting that patients needed to take fewer pills a day than with immediate-release formulations.

By 2012, OxyContin represented 30 percent of the painkiller market.

The change in pain treatment ushered in by the Joint Commission report lead to an increase in the number of opioid prescriptions in the U.S., and the increase in prescriptions for this particular high dose opioid helped to introduce an unprecedented amount of prescription drugs into the marketplace, generating a whole new population of opioid users.

What is it about prescription drugs?

Compared to heroin and the stigma it carries, prescription drugs are viewed as safe. They have a consistent purity and dose, and can be relatively easily obtained from drug dealers. There was, at least throughout the 1990s and 2000s, little social stigma attached to swallowing a medically provided, legal drug.

The irony here is that prescription opioid abuse has actually been associated with an increase in heroin users. People who are addicted to prescription opioids might try heroin because it is cheaper and more readily available, often using them interchangeably depending on which is easier to get. However, the number of people who convert to heroin exclusively is relatively small.

The majority of individuals who abuse opioid drugs swallow them whole. The remainder snort or inject these drugs, which is much riskier. Snorting, for instance, leads to destruction of nasal passages, amongst other problems, whereas IV injection – and the common practice of sharing needles – can transmit blood-borne pathogens, HIV and Hepatitis C (currently a national problem of epidemic proportions).

Although people can also get high by just swallowing the pills, the addictive potential of drugs injected or snorted is far greater. There is good evidence to indicate that drugs which deliver their impact on the brain quickly, through snorting and especially through IV injection, are much more addictive and harder to quit.

What are authorities doing to stop the epidemic?

Government and regulatory agencies such as the Food and Drug Administration are trying to curb the epidemic, in part by tightening access to prescription opioids. The Centers for Disease Control and Prevention recently issued new guidelines for prescribing opioids to treat chronic pain, aimed at preventing abuse and overdoses. Whether these recommendations will be supported by major medical associations remains to be seen.

For example, there have been local and national crackdowns on unethical doctors who run “pill mills,” clinics whose sole purpose is to provide opioid prescriptions to users and dealers.

In 2010 an abuse-deterrent formulation (ADF) of OxyContin was released, replacing the original formulation. The ADF prevents the full dose of the opioid from being released if the pill is crushed or dissolved in some solvent, reducing the incentive to snort or take the drugs intravenously. These formulations have cut down on abuse, but they alone won’t solve the epidemic. Most people who are addicted to prescription opioids swallow pills anyway instead of snorting or injecting them, and abuse-deterrent technology isn’t effective when the drug is swallowed whole.

And, as with the release of the original OxyContin formulation in the 1990s, websites are populated by drug users with the procedures necessary to “defeat” the ADF mechanisms, although these are labor-intensive and take quite a bit more time.

Should we just restrict the use of opioid painkillers?

After reading all of this, you might be wondering why we don’t simply cut the use of opioids for pain management back to bare bones? This move would certainly help reduce the supply of opioids and slow the inevitable diversion for nontherapeutic purposes. However, it would come with a heavy price.

Millions of Americans suffer from either acute or chronic pain, and despite their potential for abuse, opioid drugs remain the most effective drugs on the market for treating pain, although there are some who disagree with their long-term use.

And most people who get a prescription for an opioid do not become addicted. Going backwards to restricting therapeutic use to keep them from the small fraction of individuals who would misuse them means that millions of people won’t get adequate pain management. This is an unacceptable trade-off.

New painkillers that can treat pain as well as opioids but don’t get people high would seem like the ideal solution.

For almost 100 years now there has been a concerted effort to develop a narcotic drug that has all of the efficacy of existing drugs, but without the potential for abuse. Unfortunately, this effort, it can be safely concluded, has failed. In short, it appears that the two properties – pain relief and abuse – are inextricably linked.

In the interest of public health, we must learn better ways to manage pain with these drugs, and particularly to recognize which individuals are likely to abuse their medications, before starting opioid therapy.

Theodore Cicero, Professor of Psychology , Washington University in St Louis. He is currently engaged in several post-marketing surveillance programs to assess the abuse of newly marketed opioid drug preparations. Although these surveillance programs are an essential aspect of the approval of all drugs with abuse potential and are therefore extremely important in their own right,

by Lisette Schuitemaker
With decisions to make every day, small and big, of momentary and far-reaching consequence, people…

Let There Be Peace on Earth: Grassroot Movement?

by Marie T. Russell
The song "Let There Be Peace on Earth" has been sung around the world since 1955. It is popular in…