Three Feet from Gold: Are You Quitting Too Soon? 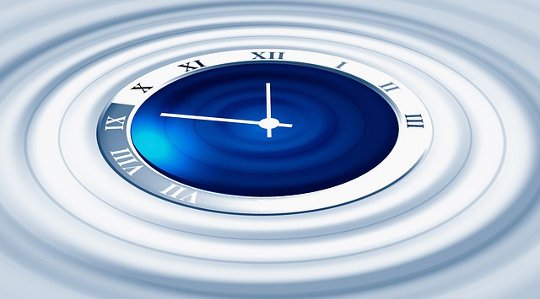 No matter who you are or how skilled you may be in your occupation, there will be times when the going is hard, and unpleasant circumstances will overtake you. Now, if you yield easily to these obstacles you may as well write yourself off as far as becoming a great success is concerned.

When you meet with opposition of any nature, instead of quitting, you should turn on more willpower; kill the fires with stronger faith in your own ability while making up your mind that you will not sell yourself short, and eventually you will succeed.”

It bears repeating: do not sell yourself short!

You deserve everything you seek. Know this, and you are well on your way. But being on the way to success is clearly not enough. How many times have we quit too soon? Often there is just one more step needed, but we fail to see this because we are too preoccupied with the challenge itself—and not the solution.

Napoleon Hill said that if he could choose one trait to instill in each person it would be the persistence to keep going when the going gets hard. These are the moments when the greatest achievements have been realized.

In a personal meeting, Thomas Edison told Napoleon Hill how he reacted to failure when striving to perfect the incandescent electric lamp. As history tells it, it took Edison hundreds of failed attempts before he triumphed. The average person would likely have quit after a few attempts. Could it be, as Napoleon Hill suggested, that this is why there is only one Thomas Edison and so many average people?

Life is not something that just happens to you. You are not merely a reactor. You are an actor. Of course, you can’t always control your circumstances, but you can control how you deal with them.

As Dr. Napoleon Hill described it,

One of the most common causes of failure is the habit of quitting when one is overtaken by temporary defeat.

Every person is guilty of this mistake at one time or another.

He illustrated the point with the story of R. U. Darby and his uncle, who toiled and drilled for weeks upon weeks to discover a vein of gold in Colorado only to have it run out after the first quick return.

The Darbys then quit and sold their mining equipment to a junk man for a few hundred dollars.

Some “junk men” are dumb, but not this one. He called in a mining engineer to look at the mine and do a little calculating. . . . His calculations showed that the vein would be found JUST THREE FEET FROM WHERE THE DARBYS HAD STOPPED DRILLING!

Moving Beyond Fears and Limitations

How many times have we, or someone we know, quit one class short of a degree, given up on sales too early, or lost faith in something we truly desired?

We have to learn to develop the habits and practices that will move beyond the fears and limitations that hold most of us back and keep us from digging and drilling for that mother lode that lies before us.

From meeting with many of the greatest intellectual minds of our generation, one overwhelming success principle rings true. Perseverance will, ultimately, carry us through to the achievement of our dream.

Les Brown, who is known as The Motivator, always says there is greatness within us. A special gift, talent, or purpose that the world is waiting to hear.

Although, we may have never met—this is guaranteed. For the past few years, you have been taking care of your family, friends, peers, etc., and have been placing the needs of others before your own.

Now it’s your turn. It’s your turn to experience, learn, and the take the first steps toward creating a life of sustained abundance.

It’s time to put away the excuses for what hasn’t happened in the past and begin searching the possibilities for what the future holds.

Hang in there, and never give up.

After all, you could be Three Feet From Gold.

©2013, 2015 by The Napoleon Hill Foundation.
Reprinted with permission of the publisher, Jeremy P. Tarcher/Penguin,
a member of Penguin Group (USA). www.us.PenguinGroup.com.

Stickability: The Power of Perseverance
by Greg S Reid.

Greg S. Reid is a filmmaker, motivational speaker, and bestselling author. He is also an entrepreneur and the CEO of several successful corporations, and has dedicated his life to helping others achieve the ultimate fulfillment of finding and living a life of purpose. Visit his website at: http://bookgreg.com/ What Are The Three Habits That Cause Failure?

by Greg S. Reid
In 1938, one year after releasing Think and Grow Rich, Napoleon Hill was interviewed on a… Adopting Perspective In The Face of Challenge

by Greg S. Reid
For many, the first sign of difficulties can be enough for them to become discouraged and stop…