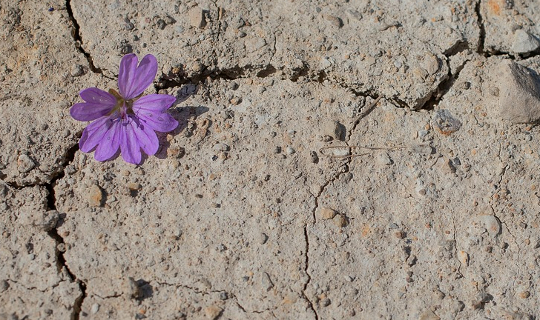 Written and Narrated by Robert Jennings.

Nothing is as simple or as complicated as it seems -- including this tidbit. - Robert Jennings

If left to whim, we will mostly be driven by our biases and we have lots of them. One that most of us have is an optimism bias. Some estimates are that roughly 70-80% of people have this bias. There is a pessimism bias as well. While I am convinced that it is much better to be optimistic than pessimistic, we must be aware of the downside to both biases.

A pessimism bias is primarily driven by fear and that was predominant in our early evolution. But gradually, this pessimism bias was replaced by optimism as our lives improved. This idea of progress is perhaps best captured by the concept of "one step forward and two steps back".

Perhaps this helps explain the Dickensian world as described in his novels when compared to today. If you compare those times to any previous era it was certainly better. But compared to today, not so good.

About 10 or 12 thousand years ago we learned to farm and raise animals for food, settle down in communities, and some of the fears from our hunter-gatherer days subsided. Yet other fears still took hold. So we developed an optimism bias in order to cope with life. And that life, to quote Thomas Hobbs, was "solitary, poor, nasty, brutish, and short".

Since the "Black Death" in the 17th century our lives gradually, yet rapidly ,became much better. This better life experience was fueled first, slowly, by technological advancement. Then in the early 20th century we went into double time.

At the forefront was the development of fertilizer by chemical process that kicked off the "Green Revolution" For many this meant freedom from starvation without spending most of the day finding enough to eat. Then came the "Vaccination Revolution". This led to a substantial increase in the average human lifespan as infectious diseases didn't kill us so young.

And with these new freedoms, we found many other ways to improve our life experience. Yet our coping mechanism, the optimism bias, remained deep in our DNA.

We create shortcuts, and we do need them. But rather than adopting positive short cuts consciously, which most of us already do, we should strive to reflect on things as bias-free as we can. That is because positive shortcuts without reflection cause us to sometimes underestimate the negative due to being too optimistic.

Some things this optimism bias causes us to do for example is:

This optimism bias helps to explain why we mostly ignore the dangers of climate change or of a Covid pandemic raging around us. And often the media is no help and simply promotes ignorance. Some outlets have been very successful, unintentionally or intentionally, scaring the crap out of us because we have not totally lost all of our fear of the unknown. And of course, social media has sped the whole process up in quick-time.

So to counteract and cope with these fears, we often develop unreasonable optimism. Or optimism bias.

While it is better to adopt a happy tune than a fearful groan, it is also better to not fool yourself as the song suggests. On the other hand, we must not fall prey to pessimism since the results can be even more disastrous. It is simply better to search for bias-free realism through reflection. And we must reflect on our actions, or our behavior will be led by our bias.

And that.....is more complicated than it seems. -- Robert Jennings You Are Being Deceived and Distracted

by Robert Jennings, InnerSelf.com
We live in a era ripe with political polarization, disagreement and anger towards each other. It is…