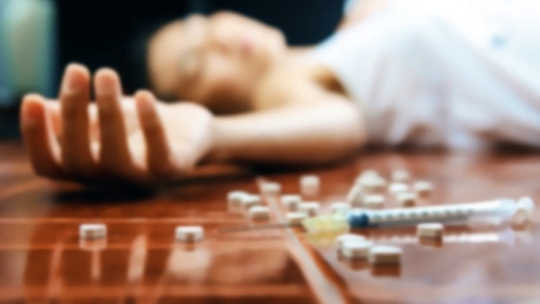 The opioid crisis in the US is a near perfect example why the current push for unregulated free markets is mostly nonsense. That said the idea that full government regulations and control of markets is the answer is equally ludicrous. But somewhere in between these two ideas lies the answer.

While opioids were allowed to spread due to improper regulative control, the table has now turned as some physicians are now afraid to prescribe opioids for proper and legitimate use because of over-regulation and fear of punishment.

The use of opioids is big business not only for the pharmaceutical companies but for the illegitimate big business of heroin production and distribution that directly benefits from a crackdown on opioids. And when there is big money involved we can expect it to bring out the worst tendencies in some people.

Here is an example of a crossroad and why we need common sense laws and regulations. When two cow paths cross there is no need for a stop sign much less a cop sitting behind a tree to catch a herder. But at some point as traffic increases danger to innocent people increases beyond what is reasonable. The trick is to know when it is probable someone will blow through the intersection and kill you or your neighbor, and when the police's power has turned to over-regulation and abuse. And that takes compromise and a willingness to adjust, something sorely lacking in government today.

Below are commentaries on the opioid crisis. While we consider these, we should consider the similarities of the failed war on drugs.

51% Of Opioid Prescriptions Go To People With Mood Disorders

Of all opioid prescriptions in the United States each year, fifty-one percent go to adults with mood disorders such as depression and anxiety, new research suggests.

“Despite representing only 16 percent of the adult population, adults with mental health disorders receive more than half of all opioid prescriptions distributed each year in the United States,” says Matthew Davis, lead author of the study and assistant professor at the University of Michigan School of Nursing.

Overall, of the 115 million prescriptions written for opiates each year, 60 million are written for adults with mental illness.

The study is among the first to show the extent to which the population of Americans with mental illness use opioids.

Researchers found that among the 38.6 million Americans diagnosed with mental health disorders, more than 7 million, or 18 percent, are prescribed opioids each year. By comparison, only 5 percent of adults without mental disorders are likely to use prescription opioids.

“Because of the vulnerable nature of patients with mental illness, such as their susceptibility for opioid dependency and abuse, this finding warrants urgent attention to determine if the risks associated with such prescribing are balanced with therapeutic benefits,” says anesthesiologist Brian Sites, coauthor of the study.

The connection between mental illness and opioid prescribing is particularly concerning because mental illness is also a prominent risk factor for overdose and other adverse opioid-related outcomes, Sites and Davis say.

The study appears online in the Journal of the American Board of Family Medicine. Additional contributors to the research are from the University of Michigan and the Geisel School of Medicine at Dartmouth University.

The Science of Opioids Who Gets To Decide When The Pandemic Is Over?

by Robert Jennings, InnerSelf.com
It’s been two years since the World Health Organization (WHO) declared the COVID outbreak a… by Robert Jennings, InnerSelf.com
When comparing notes with a neighbor I stated we are ordering more and more from Amazon. She on the… by Robert Jennings, InnerSelf.com
Recently Donald Trump stated, "Who knew healthcare could be so complicated." Democrats and most… by Robert Jennings, InnerSelf.com
I haven't bought products from Exxon knowingly in nearly 30 years except for a couple times for… The Congressional Assault on American Healthcare Is Underway

by Robert Jennings, InnerSelf.com
The approval rating of the US Congress hovers persistently between 5 and 15 %. It has been stuck…