What People Fear Predicts How They View Police Reform 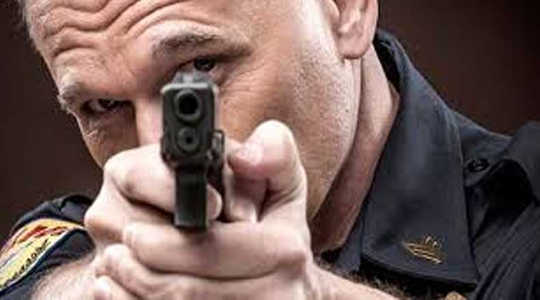 At a time of intense national attention on law enforcement and race, a new study suggests that racially based fear plays a role in public support for policing reforms.

The research used a series of experiments to gauge participants’ level of support for policing reforms in relation to whether they felt threatened by police officers or black men.

The study found that the degree to which participants viewed police as threatening was linked to their tendency to support reformed policing practices, such as limiting the use of lethal force and requiring police force demographics to match those of the community. By contrast, when they perceived black men as threatening, participants were less likely to support policing reforms.

“This speaks to the potential influence of racial biases in attitudes about policing policy reform,” says coauthor Allison Skinner, a postdoctoral researcher at the University of Washington and its Institute for Learning & Brain Sciences. “Racial attitudes are tied up into people’s policy positions and how they feel about these seemingly unrelated topics.”

The findings come a week after the nation was roiled by the killings of two black men by police in Baton Rouge and Minnesota and the murders of police officers in Dallas and Baton Rouge. Skinner and coauthor Ingrid Haas, an assistant professor at the University of Nebraska-Lincoln, launched the study about eight weeks after unarmed black teenager Michael Brown was fatally shot in August 2014 by a white police officer in Ferguson, Missouri.

Brown’s killing prompted widespread calls for policing reform, and the two researchers sought to investigate the role that perceived threat might play in support for such reforms.

For the first experiment, they asked 216 mostly white university students to rate the extent to which they felt threatened by police officers and black men as a result of Brown’s shooting. They also asked participants about their support for specific policing reform measures and whether they thought lethal force was justified under particular circumstances.

The same experiment was then repeated with a more demographically representative—though still largely white—sample, with similar results. Respondents in both experiments were “significantly” more threatened by police officers than by black men. In both groups, those who saw police officers as threatening were more likely to support policing reforms, while a higher threat association with black men predicted less support for reforms.

Their responses about lethal force were also similar, though the second group deemed lethal force less acceptable in some circumstances—for example, while almost 25 percent of respondents in the student sample thought it was appropriate for police to use deadly force when someone is committing a crime, just 11 percent in the community sample did.

The researchers then took the experiment a step further. Since the findings from the first two studies could not prove a causal relationship, they sought to determine if showing participants threatening images of police officers and black men would actually influence their support for policing reforms. They showed a new set of participants threatening images of police officers or of black men, then asked participants the same reform questions asked in the previous experiments. Control groups were shown images of the officers or black men with neutral facial expressions.

Crimes and Punishments That Fit The Crime?

Powerful Foreigners Suspected of Corruption Find Refuge in the US

The researchers tried to account for racial bias by asking participants a series of questions about their racial attitudes and factoring that information into the model. Overall, they found that respondents with low levels of racial bias were most supportive of policing policy reforms, but that exposure to threatening images of black men reduced support for reform. By contrast, participants with high bias levels were equally supportive of policing reforms regardless of whether they saw black men as threatening.

“That suggests that people with high racial bias have a tendency to oppose policing reform and support less restrictive policing policies,” Skinner says.

A final experiment involving alternating images of threatening items—ferocious dogs, snakes—with neutral images of police officers and black men to determine whether participants could be conditioned to associate threat with either group. Participants were also asked about their fear of crime and whether they would be willing to sign a petition supporting policing reform.

Although the images did not impact attitudes toward policing reforms, Skinner says, the experiment showed that respondents who saw black men as threatening were more fearful about crime.

The studies have limitations, the researchers acknowledged. Intensive media coverage and debate about race and policing policy reform could influence public opinion, they note, and the study participants were primarily white—making it unclear whether the findings can be generalized across minority groups.

But overall, Skinner says, the research provides strong evidence that the notion of threat is related to public support of policing reforms.

“It speaks to the relationship between racial attitudes and attitudes about policing,” she says. “By knowing that relationship exists, we can then start thinking about how to address it.”

The Society for the Psychological Study of Social Issues supported the work, which appears in the journal Frontiers in Psychology. by Deborah Bach, University of Washington
An outdated legal structure at international organizations such as the United Nations has made it… by Deborah Bach, University of Washington
Preschool-aged children can learn bias through nonverbal signals displayed by adults, such as a… by Deborah Bach, University of Washington
Kids ages 7 to 12 rate gender as more important to their social identities than race, say… About Time, Labyrinths, Life: A Secret of Sweet Success

by Paul Pearsall, Ph.D.
We may think we have learned to tell time, but actually we are allowing what we have made of time…

The Five "Rules" on the Path of Surrender, Awakening, and Responsibility

by Will Johnson
No one can give you a specific technique for how to surrender. You have to find out for yourself…