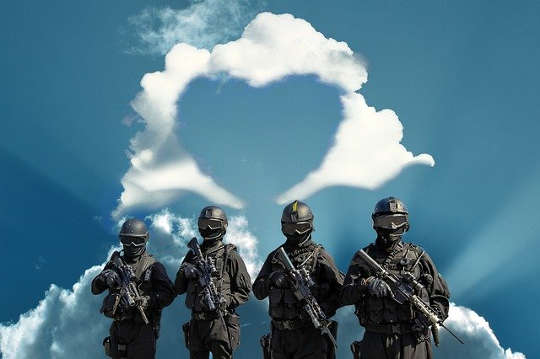 I was standing in a hotel corridor in a Holiday Inn in Seattle. I raised my fist to knock on the door in front of me, but my hand just hovered there. Kimmy was on the other side of the door. She was probably still in her underwear, or maybe just a T-shirt, maybe my T-shirt, I’m not sure. I was supposed to be inside the room with her.

Kimmy had flown from Milwaukee to come stay with me for a few days before I was deployed to Iraq. We’d been dating for two years by then. For most of that time, I was away at basic training or stationed at Fort Lewis in Washington State. She was back home in Wisconsin, brightening up our homeland, busy with college classes or work.

The Life That Never Was

As I stood outside that hotel room in Seattle, I could picture her back in Milwaukee — smil­ing at a friend or throwing her head back to laugh at a joke, even if it wasn’t that funny, just to make the joke teller feel good. I could see my ’98 Honda Civic in her parents’ garage, stored out of the way and off to the side, like a high school yearbook you keep in a souvenir box in the closet. I could see her dad starting the car and running it once a month or so, every month, until I returned. So I’d have wheels to pick her up for dates when I got back. So I could pick right back up where I had left off. Most of all, I could see Kimmy waiting patiently for me to grow up and into the man she wanted me to be. A man ready for marriage and children.

We had forty-eight hours — maybe less — to pretend I wasn’t about to be dropped into a war zone. My platoon was headed for Mosul, which would later be considered one of the deadliest battlegrounds of the conflict. The funny part was, at the time I was relieved not to be going to Baghdad — Mosul, in the north, seemed safer somehow. But wherever that mili­tary transport dropped me, it was go time. This was what I had trained for.

In the hours that were supposed to be filled with sex and dinner and drinks and one-last-times, the part of me that would’ve enjoyed those things retreated. Someone else rose up in his place. He was a warrior going to war, and his duty consumed him. With a quiet compliance that startled me, love stepped aside to make way for the forthcoming battle.

Kimmy and I sat in that hotel room until our time together turned from days to hours. I couldn’t just sit around and watch the hours become minutes. I couldn’t stay there with her an­other second. I had to move. I had to get outside. I needed air and sky so I wouldn’t suffocate.

Someone watching us would have looked at me and seen a twenty-year-old kid and a leggy blonde in a hotel room and thought she was some kind of conquest for me. They’d have seen the way I quickly dressed while she lounged on the bed in various states of undress, hoping I’d change my mind and stay with her for a few more hours. For one more hour. For a few more minutes?

The someone watching us would have pro­jected something about my fear of commitment or intimacy or about boys being boys. But it wasn’t that I wanted to keep my options open or sleep with other girls. I had to leave because I had to get on a plane to Iraq, and there’s only so much adrena­line a human body can make. There’s not enough to make love and war.

To make war, you have to leave the love behind.

Don't Give Up On Love

I packed furiously. I told Kimmy no, I couldn’t stay, not even for a few more minutes. I had to go. She said the same thing she’d say later, whenever I’d blow her off out of the blue.

She turned her blue eyes from mine, smiling sadly. I knew that smile. It meant she hadn’t given up on me yet. She still be­lieved her perfect love might be enough. Like her smile or her kiss or her touch could keep a part of me innocent forever, no matter what I did or saw over there. She wanted to hang on to all of me, but she’d settle for keeping just a piece. I hadn’t stepped a boot on Iraqi soil, but already I wouldn’t — I couldn’t — give her that. Not even that.

I kissed her quickly, stepped out of the room, and shut the door. I took a few steps toward the stairwell, turned around, walked right back to the door, and stood outside the room. I raised a fist to knock for her to let me back in.

The sound of her sobs beat against the door from inside. I stood there and listened to her cry. I lowered my fist, walked down the stairs, got into the truck I’d borrowed to see her, and drove away. I drove back to base so I could get ready to get on the bus that would take us to the air base that held the plane that would fly me to war.

On the bus, I realized that the I that had loved Kimmy was now part of a We. "We" had first started to take shape in basic training. Now, hours before war, "We" were fully formed. Indi­visible. And so it was We that left Kimmy in the hotel room that day.

We flew from Fort Lewis to Maine to Ireland to Germany to Turkey to Kuwait. Kuwait, so named because it’s where We had to wait, and wait, and wait for the sound of our C-130 air­craft to Iraq to cut through the silent night and drown out the memory of Kimmy’s sobs.

Excerpted from the book Where War Ends.
© 2019 by Tom Voss and Rebecca Anne Nguyen.
Reprinted with permission from NewWorldLibrary.com

Where War Ends: A Combat Veteran’s 2,700-Mile Journey to Heal ― Recovering from PTSD and Moral Injury through Meditation
by Tom Voss and Rebecca Anne Nguyen

An Iraq War veteran’s riveting journey from suicidal despair to hope. Tom Voss’s story will give inspiration to veterans, their friends and family, and survivors of all kinds. (Also available as a Kindle edition and as an audiobook.)

Tom Voss served as an infantry scout in the 3rd Battalion, 21st Infantry Regiment’s scout-sniper platoon. While deployed in Mosul, Iraq, he participated in hundreds of combat and humanitarian missions. Rebecca Anne Nguyen, Voss’s sister and coauthor, is a writer based in Charlotte, North Carolina. TheMeditatingVet.com by Tom Voss
Moral injury is a wound to the soul. It happens when you participate in or witness things that… by Tom Voss
I began the final day of the meditation workshop with a strange, unexpected intention: to forgive… How Do We Promote and Achieve a Shared Culture of Peace?

by Mahnaz Afkhami
The promotion of a culture of peace requires more than an absence of war. Clearly, any definition… by Edward R. Carr
Even after the Trump administration’s repeated efforts to slash foreign aid and global… by H. Colleen Sinclair
Dangerous speech is defined as communication encouraging an audience to condone or inflict harm.… by Pierre Pradervand
There is a brief text which is one of the most universal, ecumenical texts in the world spiritual…

Why Hope is Trustworthy

by Ted W. Baxter
Many PhDs that I met during my recovery said that if your stroke affected your right side of your…