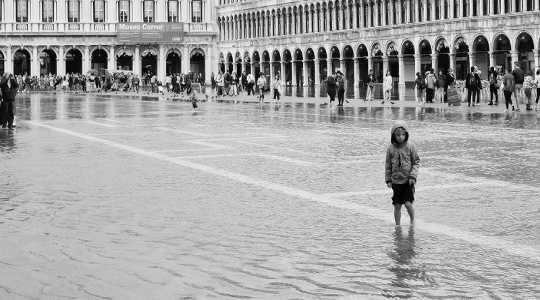 Cities and towns across Europe are warned to adapt to the battering they face from intense storms as extreme weather events become more frequent.

Extreme weather, high winds and flooding are causing increasing disruption and damage in European cities, and local authorities and scientists are being warned that they need to act together to lessen the impact.

Because storms do not respect country borders, regional long-term weather forecasting needs to be developed so that early warnings can be given for all areas that may be in the path of extreme weather, says the European Commission’s Directorate-General for Climate Action (DG CLIMA).

Starting immediately, all towns and cities across Europe should be assessed for their vulnerability to flooding and other hazards, according to DG CLIMA, which leads the EC’s efforts to fight climate change at European Union and international level.

When the storms come − as inevitably they will, with increasing frequency − these preparations will help protect people, electricity supplies and prevent disruption to roads, rail and underground systems. Emergency services will know in advance which places are most likely to need help.

Over the last three decades, Europe has already seen a 60% increase in extreme weather events, and one of the most dramatic documented examples comes from Venice, where the waters are rising and flooding is becoming a serious problem.

European cities are the continent’s centres of innovation and growth. They house about 75% of the population and use about 80% of the energy produced.

“Because of the concentration of people and economic assets, towns and cities are extremely vulnerable to the impacts of climate change, including impacts on health, infrastructure and quality of life, with the urban poor being the most affected segment of society,” says Alessandra Sgobbi, policy officer at the DG CLIMA Adaptation Unit.

Examples of the recent costs of extreme weather include flooding and winter storms in the UK in 2014, which cost an estimated €20 billion in disruption to the economy and damage. Losses as a result of flooding in Genoa, Italy, in the same year amounted to €100 million.

Human folly has often made cities vulnerable because of poor planning or bad building design in risk-prone areas, Sgobbi says. For example, 23 urban areas in France have over 100,000 inhabitants settled in flood zones.

Experts estimate that, unless action is taken now, the economic costs to EU cities of storm damage could exceed €190 billion annually by 2070.

“Cities represent the biggest stakes, but every community has its specific means to manage the risk, and some are better prepared than others,” says Yann Eglin, risk management engineer at the National Research Institute of Science and Technology for Environment and Agriculture (IRSTEA) in France.

Paris was one of the French cities that suffered considerable damage after the heavy rainfall in early June this year. Electricity grids, the basement of Louvre museum, part of the metro system and rail lines were all affected.

“Whenever there is flooding, rescue teams need to know all the points where water may enter into the underground transport network, so that they can deploy devices to protect station entrances, air vents and any other duct likely to let water in,” says Charles Perrin, a hydrologist at IRSTEA.

Scientists stress the need for planning and preparation to avoid time-wasting when a flood alert is issued. “A well-anticipated crisis can often mean that many lives and properties are saved,” Eglin says. “Preparing the return to normality is equally important. This is what makes a city resilient,”

The scientific community is trying to come up with methods to protect against the extreme weather conditions.

In this context, European researchers and experts are working on a project called RAIN, which focuses on developing a series of mitigation tools to enhance the security of the European infrastructure networks, such as transport, energy and telecommunication systems. The Helsinki floods of 2005 are the focus of one of their case studies.

“An important step is to be able to carry out long-term risk assessments, scenario analysis and forecasting,” says Beatriz Yordi, head of the DG CLIMA Adaptation Unit.

“This will help planning and implementation processes and allow us to develop a comprehensive picture of current and future climate change risks while managing the associated uncertainty.”

Forecasting must include potential changes in river flooding and sea level rise. And planners need to determine how the climate will affect increasing urban density and changing populations. – Climate News Network by Gary W. Yohe
June marks the official start of hurricane season. If recent history is any guide, it will prove to… by Russ Schumacher
From 78 degrees on Tuesday to snow on Wednesday? Swings like this aren’t unusual in the central… by University of Maine, Climate Change Institute Peter Inness, University of Reading
During the past week, bitterly cold weather has engulfed the UK and most of Northern Europe. At the…

A Gift Behind Every Disappointment

by Joyce Vissell
"There is a gift behind each disappointment and sadness." These are words my mother spoke to me…

Get Motivated to Meditate: Closing Your Eyes To Wake Up

by Sandy C. Newbigging
Mind mastery is the ability to stop thinking whenever you want. You use your mind as the amazing…

by Mark Nepo
Our task in living is how, not why. When we suffer, we get thrown into why: Why me? Why you? Why at…