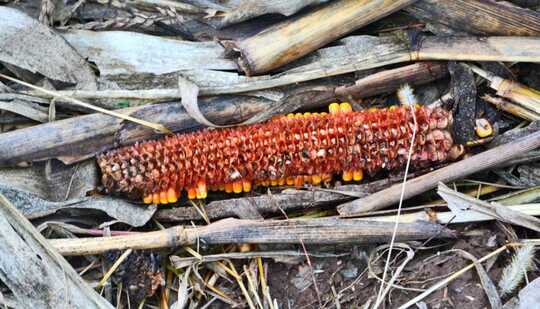 For quite some time, farmers and researchers have been focusing on how to bind carbon to soil. Doing so makes food crops more nutritious and increases yields. However, because carbon is converted into CO2 when it enters the atmosphere, there is a significant climate benefit to capturing carbon in soil as well.

Sequestering carbon is vital for reducing global CO2 emissions. Too much carbon finds its way into the atmosphere. Should we fail to reduce how much carbon ends up in the atmosphere, we will fail to achieve the Paris Agreement’s goal of reducing greenhouse gas emissions by 40% by 2030, according to CONCITO, Denmark’s Green Think Tank.

Organic matter contains carbon and nutrients that are important for crops to grow, including nitrogen and phosphorus. Whereas synthetic fertilizers are readily absorbed by plant roots and also quick to run off into groundwater, carbon has a slower cycle that provides more nutrients to a plant. Furthermore, carbon in organic matter enhances soil aeration and helps soil retain water, which increases biodiversity as more microbes and fungi are able to thrive in soil.

“Fragments of dead plants in soil are often considered as fast food for microbes and fungi. But our study demonstrates that plant residues actually play a more significant role in forming and sequestering carbon in soil than what was once thought,” explains Kristina Witzgall, a PhD Candidate at the Technical University of Munich and lead author of the paper in Nature Communications.

In the past, researchers mainly focused on carbon storage in the surfaces of minerals like clay. However, the new results demonstrate that plant residues themselves have the ability to store carbon, and perhaps for longer than once supposed. This is because a number of important processes take place directly upon the surface of these plant remains.

“We demonstrate that agricultural crop residues are absolutely central to carbon storage and that we should use them in a much more calculated way in the future,” states Carsten Müller, the study’s coauthor and an associate professor at the University of Copenhagen’s department of geosciences and natural resource management.

To understand how plant residue sequesters carbon, it is important to know that plant tissue already contains carbon absorbed by plants from the atmosphere via photosynthesis. As plant matter rots, carbon can be transferred into the soil in a number of ways.

The researchers mimicked the natural decomposition process of plant residues in the lab to analyze how soil stores carbon. They added fragments of corn plants to soil sourced from fields in southern Germany, encapsulated the samples in cylinders, and left them for three months. They then analyzed the chemical processes.

“Our analysis shows that plant residues, as they interact with fungi, play a surprisingly large role in carbon storage. As fungi fling their white strands around plant fragments, they ‘glue’ them together with the soil. The fungi then consume the carbon found in the plant matter. In doing so, they store carbon in the soil,” explains Müller.

In addition to fungi, the researchers’ analyses also show that the soil structure itself determines the amount of carbon storage possible.

“When soil is glued together in large hard lumps by the stickiness of bacteria and fungi, plant residues are shielded from being consumed by bacteria and fungi, which would otherwise eat and then emit some of the carbon as CO2 into the atmosphere,” says Witzgall.

She goes on to say that while carbon can be stored in soil from weeks to 1,000 years, the usual duration is about 50 years.

The method of leaving crop residues like stalks, stubble, and leaves to rot is not unheard of when it comes to enhancing agricultural land. However, deploying rotten plants as a tool to store carbon should be taken more seriously and considered a strategy to be expanded, according to the researchers behind the new study.

“The fertile and climate-friendly agricultural lands of the future should use crop residue as a way of sequestering carbon. We will also be conducting experiments where we add rotten plant matter deeper into the soil, which will allow carbon to be stored for even longer periods of time,” says Müller.

All in all, the researchers’ findings can be used to understand the important role and promise of crop residues for carbon storage in the future. However, Witzgall goes on to say that a variety of initiatives are needed to increase carbon sequestration, such as crops that can absorb atmospheric carbon and the restoration of lost forests. by Edward M. Adams, Psy.D.
As a psychologist whose specialty is treating men, I believe that behind many of the threats we…