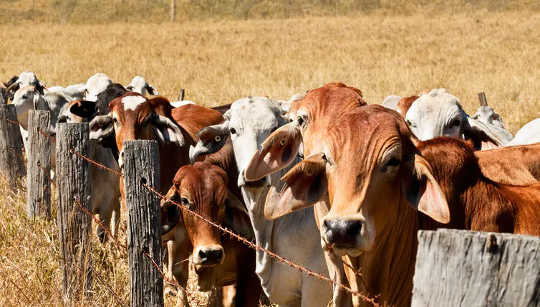 The National Farmer’s Federation says Australia needs a tougher policy on climate, today calling on the Morrison government to commit to an economy wide target of net-zero greenhouse gas emission by 2050.

It’s quite reasonable for the farming sector to call for stronger action on climate change. Agriculture is particularly vulnerable to a changing climate, and the sector is on its way to having the technologies to become “carbon neutral”, while maintaining profitability.

Agriculture is a big deal to Australia. Farms comprise 51% of land use in Australia and contributed 11% of all goods and services exports in 2018–19. However, the sector also contributed 14% of national greenhouse gas emissions.

A climate-ready and carbon neutral food production sector is vital to the future of Australia’s food security and economy.

Under the 2015 Paris Agreement, 196 countries pledged to reduce their emissions, with the goal of net-zero emissions by 2050. Some 119 of these national commitments include cutting emissions from agriculture, and 61 specifically mentioned livestock emissions.

Emissions from agriculture largely comprise methane (from livestock production), nitrous oxide (from nitrogen in soils) and to a lesser extent, carbon dioxide (from machinery burning fossil fuel, and the use of lime and urea on soils).

In Australia, emissions from the sector have fallen by 10.8% since 1990, partly as a result of drought and an increasingly variable climate affecting agricultural production (for example, wheat production).

But the National Farmers’ Federation wants the sector to grow to more than A$100 billion in farm gate output by 2030 – far higher than the current trajectory of $84 billion. This implies future growth in emissions if mitigation strategies are not deployed. 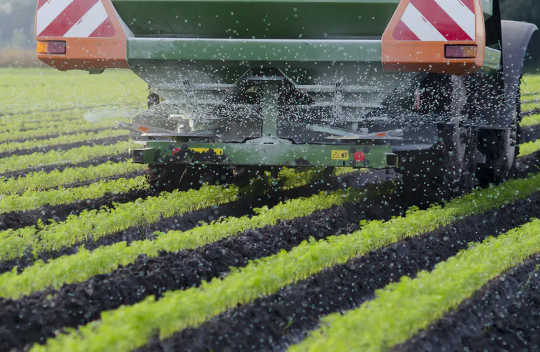 Farm machinery spreading fertiliser, which is a major source of agriculture emissions. Shutterstock

Runs on the board

Players in Australia’s agriculture sector are already showing how net-zero emissions can be achieved.

In 2017, the Australian red meat sector committed to becoming carbon neutral by 2030. A number of red-meat producers have claimed to have achieved net-zero emissions including Arcadian Organic & Natural’s Meat Company, Five Founders and Flinders + Co.

Our research has shown two livestock properties in Australia – Talaheni and Jigsaw farms – have also achieved carbon neutral production. In both cases, this was mainly achieved through regeneration of soil and tree carbon on their properties, which effectively draws down an equivalent amount of carbon dioxide from the atmosphere to balance with their farm emissions.

Other agricultural sectors including dairy, wool and cropping are actively considering their own emission reduction targets.

Carbon neutral wine is being produced, such as by Ross Hill, and Tulloch and Tahbilk.

Most of these examples are based on offsetting farm emissions – through buying carbon credits or regenerating soil and tree carbon - rather than direct reductions in emissions such as methane and nitrous oxide.

But significant options are available, or emerging, to reduce emissions of “enteric” methane – the result of fermentation in the foregut of ruminants such as cattle, sheep and goats. 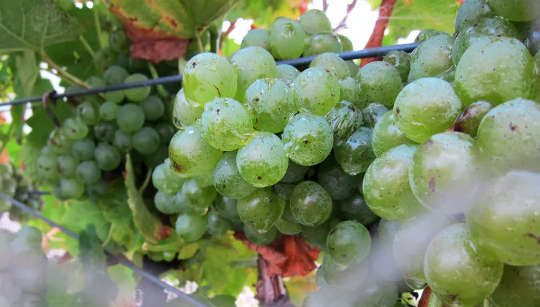 For example, livestock can be fed dietary supplements high in oils and tannins that restrict the microbes that generate methane in the animal’s stomach. Oil and tannins are also a byproduct of agricultural waste products such as grape marc (the solid waste left after grapes are pressed) and have been found to reduce methane emissions by around 20%.

Other promising technologies are about to enter the market. These include 3-NOP and Asparagopsis, which actively inhibit key enzymes in methane generation. Both technologies may reduce methane by up to 80%.

On farms, nitrous oxide is mainly lost through a process called “denitrification”. This is where bacteria convert soil nitrates into nitrogen gases, which then escape from the soil into the atmosphere. Options to significantly reduce these losses are emerging, including efficient nitrogen fertilisers, and balancing the diets of animals.

There is also significant interest in off-grid renewable energy in the agricultural sector. This is due to the falling price of renewable technology, increased retail prices for electricity and the rising cost to farms of getting connected to the grid.

What’s more, the first hydrogen-powered tractors are now available – meaning the days of diesel and petrol consumption on farms could end. 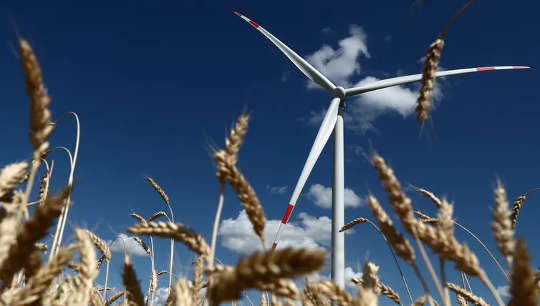 Renewable energy on farms can be cheaper and easier than grid connection. Yegor Aleyev/TASS/Sipa

In this race towards addressing climate change, we must ensure the integrity of carbon neutral claims. This is where standards or protocols are required.

Technology has moved a long way from the days when changing the diet of livestock was the only option to reduce farm emissions. However significant research is still required to achieve a 100% carbon neutral agriculture sector – and this requires the Australian government to co-invest with agriculture industries.

And in the long term, we must ensure measures to reduce emissions from farming also meet targets for productivity, biodiversity and climate resilience.