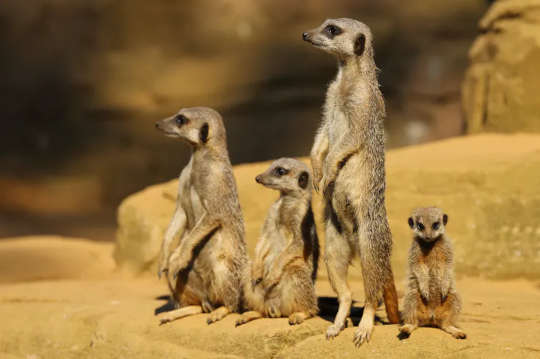 Even with fires, droughts and floods regularly in the news, it’s difficult to comprehend the human toll of the climate crisis. It’s harder still to understand what a warming world will mean for all the other species we share it with. This is true for even our closest relatives in the animal kingdom – the mammals. From mice to elephants, mammals are being affected by rising global temperatures in positive and negative ways that are hard to keep track of.

Take Svalbard reindeer. In their wintry habitats, rain falling on snow creates impenetrable ice sheets that envelop the vegetation that the reindeer eat. Conditions like these are only set to become more common in the changing climate.

You’d expect this to spell trouble for the species, but a recent study showed that climate change might actually stabilise reindeer populations. Why? Because more rain on snow is likely to cull young or elderly reindeer, easing competition within a reduced population to the benefit of more resilient age groups 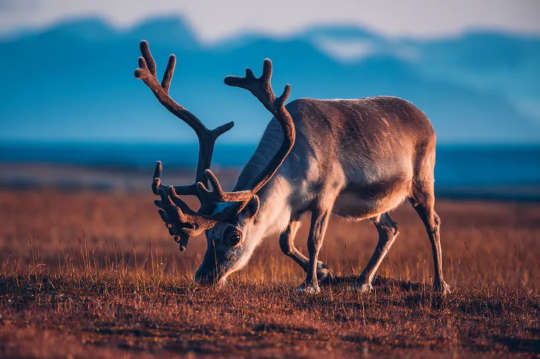 Reindeer may be more resilient to climate change than first impressions suggest. Ginger_polina_bublik/Shutterstock

Let’s consider another case: the meerkat. This African dryland specialist is adapted to withstand severe seasonal droughts, so hotter seasons shouldn’t really be an issue. But timing is important. When warmer weather combines with more unpredictable rainfall just before breeding season begins, it can reduce fertility and raise the risk of extinction for some meerkat populations.

We know that the effects of climate change are complex. Yet, in new research supported by the iDiv, the German Center for Biodiversity, our international group of researchers set out to assess whether biodiversity studies – particularly those in regions experiencing the biggest changes in weather – actually examined the impacts of climate change on mammal populations. As it turns out, many of them didn’t.

Our study found that climate affects mammal populations in both positive and negative ways, depending on the lifecycle stage of an animal – whether a cub, juvenile, or adult – or their interactions with other species around them.

In the case of impala – a species particularly vulnerable to increasing drought – less rainfall doesn’t necessarily harm their chances of survival or reproduction. Like the Svalbard reindeer, the effects of climate change tend to only bite when populations are especially dense.

Understanding these complex interactions is deeply important. Impala and reindeer, like many mammals, are not just a food source for humans: their eating habits also control plant populations, which in turn provide clean water, healthy soil and nourishment for other species in the food web. It’s in our interest to understand how mammals react to climate change, to learn how we – and the wider environment – might fare.

There’s a lot of work to be done. So far, researchers have only assessed the climate’s often contradictory effects on 87 mammal species – about 1% of the known 6,400 mammal species worldwide. Worse, we know very little about these complex potential effects in parts of the world most likely to see the biggest changes in temperature and precipitation, such as the Arctic.

Human influences on the environment also tend to make the changing climate’s effects worse. In regions with lots of species, like the tropics, the destruction of habitat by people has combined with more unpredictable weather to cause particular harm to mammals.

Lemurs in Madagascar, already threatened by deforestation, are now facing drier weather – adding food scarcity to an already long list of threats. But without data tracking how species are responding at different stages of their lives in these regions, it’s difficult to predict what might happen next.

To effectively predict the fate of mammals, scientists need data collected from studying individual animals at many sites and across many years. This can tell us about their chances of survival and reproduction.

More than four decades tracking one North American mammal, the yellow-bellied marmot, has given scientists an incredibly detailed understanding of how species may actually adapt to climate change. As growing seasons have lengthened, there are more alpine plants for marmots to eat throughout the year. These ground squirrels have responded by staying active for longer and gorging, steadily increasing their body mass as a result. Following individual animals across thousands of acres and decades can unveil how our closest relatives are learning to adapt to a changing world. 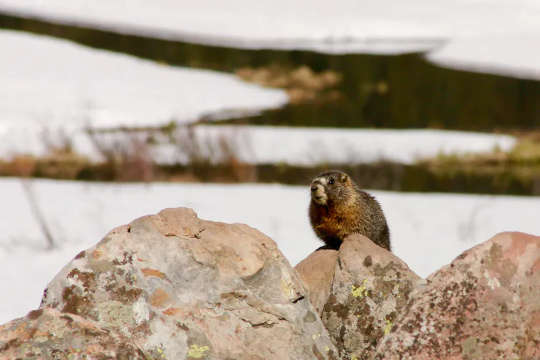 Out of all the types of animal on the planet, the furry and cuddly charms of mammals win them disproportionate scientific attention. If our climate-related data on mammals is nonetheless this scarce, then our lack of knowledge on how climate change affects other, less charismatic groups of species, like insects or amphibians – who are highly vulnerable to climate-driven extinction – should sound alarm bells.