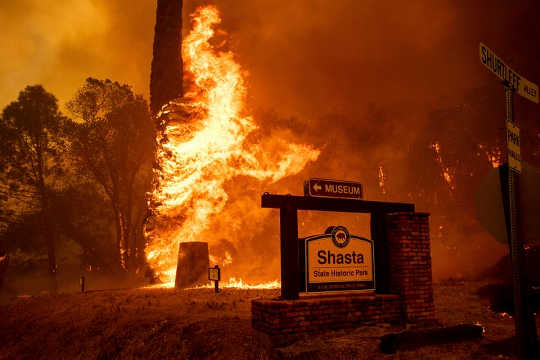 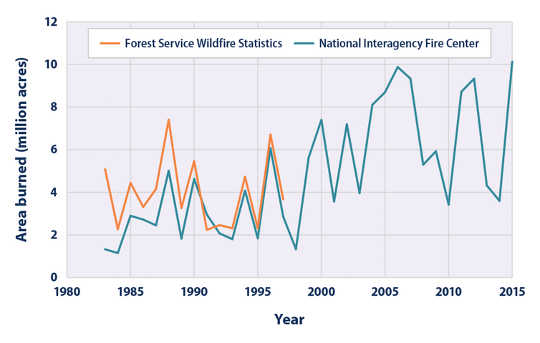 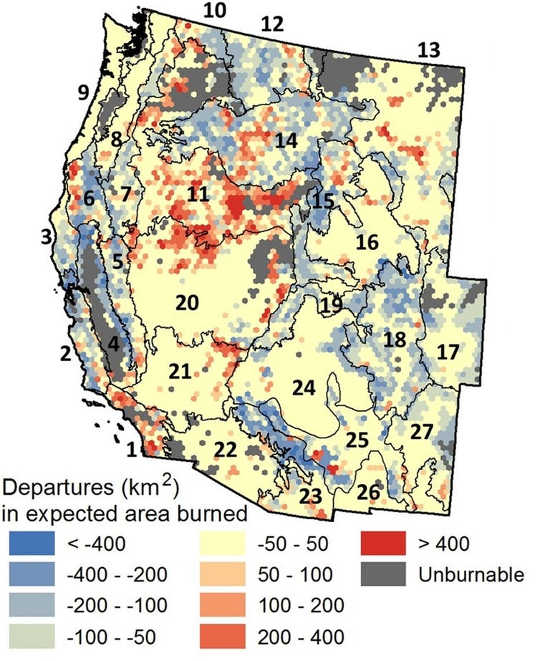 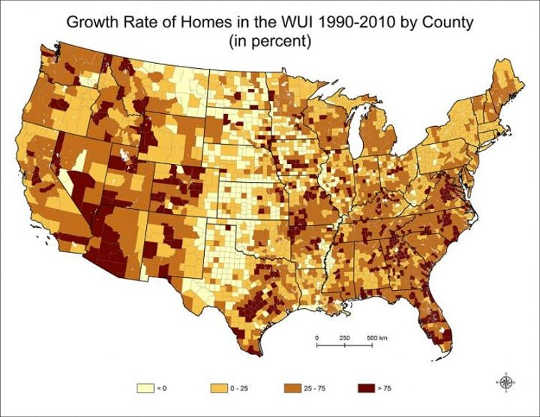 In six of the past 10 years, wildfire activities have consumes at least half of the U.S. Forest Service’s annual budget. CRS