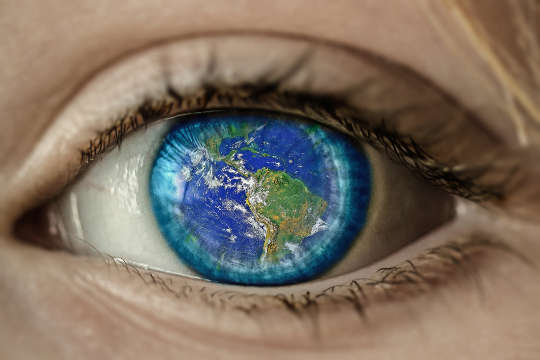 The planet earth is in peril as never before. With arrogance and presumption, humankind has disobeyed the laws of the Creator which are manifest in the divine natural order.

The crisis is global. It transcends all national, religious, cultural, social, political, and economic boundaries. The ecological crisis is a symptom of the spiritual crisis of the human being, arising from ignorance [greed, lack of caring, and human weakness]. Brackets indicate that consensus was not reached on this wording.

The responsibility of each human being today is to choose between the forces of darkness and the force of light. We must therefore transform our attitudes and values, and adopt a renewed respect for the superior law of Divine Nature. Alternative reading: "the superior law of the Divine manifest in nature and the created order."

Nature does not depend on human beings and their technology. It is human beings who depend on nature for survival. Individuals and governments need to evolve "Earth Ethics" with a deeply spiritual orientation or the earth will be cleansed [of all destructive forces].

The Universe Is Sacred

We believe that the universe is sacred because all is one. We believe in the sanctity and the integrity of all life and lifeforms. We affirm the principles of peace and nonviolence in governing human behavior towards one another and all life.

We view ecological disruption as violent intervention into the web of life. Genetic engineering threatens the very fabric of life. We urge governments, scientists, and industry to refrain from rushing blindly into genetic manipulation.

We call upon all political leaders to keep a spiritual perspective when making decisions. All leaders must recognize the consequences of their actions for the coming generations.

Harmony with Nature and Peaceful Coexistence with All

We call upon our educators to motivate the people towards harmony with nature and peaceful coexistence with all living beings. Our youth and children must be prepared to assume their responsibilities as citizens of tomorrow's world.

We call upon our brothers and sisters around the world to recognize and curtail the impulses of greed, consumerism, and disregard of natural laws. Our survival depends on developing the virtues of simple living and sufficiency, love and compassion with wisdom.

We stress the importance of respecting all spiritual and cultural traditions. We stand for preservation of the habitats and lifestyle of indigenous people and urge restraint from disrupting their communion with nature.

The World Community must act speedily with vision and resolution to preserve the earth, nature, and humanity from disaster. The time to act is now. Now or never.

NOTE: The Declaration above was created for and supported by the many indigenous, religious, political, and NGO leaders who participated in the Sacred Earth Gathering for two days preceding the Earth Summit (UNCED) in 1992. They had come to Rio from throughout the world to be a witness for spiritual perspectives on ecological issues and decision making midst the highly politicized atmosphere of this United Nations summit conference. The presence and contribution of the indigenous leaders at the Summit was strongly supported by Maurice Strong, Secretary-General of the United Nations Conference on Environment and Development, who noted in his opening remarks, June 3, 1992, that:

We are reminded by the Declaration of the Sacred Earth Gathering, which met here last weekend, that the changes in behavior and direction called for here must be rooted in our deepest spiritual, moral, and ethical values. We must reinstate in our lives the ethic of love and respect for the Earth, which traditional peoples have retained as central to their value systems. This must be accompanied by a revitalization of the values common to all of our principal religious and philosophical traditions. Caring, sharing, cooperation with and love of each other must no longer be seen as pious ideals, divorced from reality, but rather as the indispensable basis for the new realities on which our survival and well-being must be premised.

Reprinted with permission of the publisher New World Library.
©2000. www.newworldlibrary.com.

Sourcebook of the World's Religions: An Interfaith Guide to Religion and Spirituality
edited by Joel Beversluis. 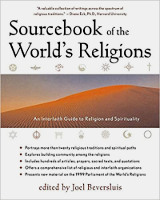 Updated with new material, the third edition of this diverse, informed guide to the world's great religious and spiritual traditions offers readers a series of essays covering theosophy, wicca, and indigenous traditions, as well as more traditional religions and practices.

Joel Beversluis, editor and publisher of CoNexus Press, edited the first edition of this work (A Sourcebook for Earth's Community of Religions) for participants in the 1993 Parliament of the World's Religions. "This third edition is the single best resource yet for information on the growing interfaith movement. " -- Library Journal

The Declaration was created for and supported by the many indigenous, religious, political, and NGO leaders who participated in the Sacred Earth Gathering for two days preceding the Earth Summit (UNCED) in 1992. The Gathering was cosponsored by the Manitou Foundation in cooperation with the Organization for Industrial, Spiritual and Cultural Advancement, a Japanese-based NGO.

The Gathering was followed by the Wisdom Keepers Convocation, which met from June 1-14, 1992 at a secluded location near Rio. A sacred fire, drumbeat, and prayers from many indigenous and religious traditions continued twenty-four hours a day for the duration of the Summit, seeking to bring enlightenment to its meetings and decisions.