Why Losing Some Species May Matter More Than Losing Others 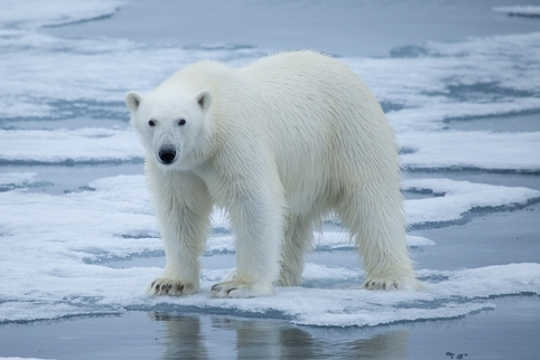 Canada risks losing its polar bears in the North. And many runs of Chinook salmon on the Southern West Coast. And the black ash tree, currently widespread from Manitoba to Newfoundland.

In late November 2018, the Committee on the Status of Endangered Wildlife in Canada (COSEWIC) affirmed that all these wildlife species are at risk of disappearing from Canada. But if they were to go, what would we really lose?

This question is brought into relief when we consider that COSEWIC also reported that 14 other Canadian wildlife species — including a prairie lizard, a turtle, several freshwater fish and a handful of flowering plants — are also at some level of risk of being lost.

The media, however, seemed most keen to hear about salmon and polar bear. As members of COSEWIC, we would have loved to talk more about a (usually) coldwater-loving small fish called a lake chub that has taken up residence in popular hot springs in northern British Columbia. A hot tub chub! Or a species of wasp that hunts down the buried larvae of beetles that attack fruit trees in southern B.C. A hunter-killer wasp! And in our interests and wishes lies a veritable Russian doll of considerations of the value of Nature.

The inner, core doll is perhaps also the hardest to grasp. This is “intrinsic value:” the idea that species have some fundamental right to exist. While this value is undeniably important to many people, it’s hard to have a satisfying philosophical discussion about it in the face of the many threats that are bearing down on threatened species and places.

We know that the more one learns about a species, the more valuable it seems to become: biodiversity has been said to have transformative value and that could generate other values.

And so, a well-crafted story about the hot tub chub, at risk from bathers and their suntan lotion, might have worked as a lead story. But we did not go that route.

Aesthetic values also play an important role in how we relate to nature. The aesthetics of nature are a major driver of ecotourism, which has been valued at more than $600 billion per year in direct spending. But we don’t go to hot springs to see fish, and we don’t go to British Columbia’s wine region to search for hunter-killer wasps. Polar bears are certainly attractive, but they have developed two more values that seemed more important to us.

All that said, we led with polar bear, and told stories about Chinook salmon and black ash trees because they are examples of species with value that transcends what they look like or how useful they are. We chose these species because of their “relational value.” This elusive concept — given increasing prominence in the UN Intergovernmental Panel’s assessment of the benefits of nature — considers how people consider nature in the context of how they value core ideas like justice, care and even virtue. Each of these core values is fundamentally about connection. What we hold dear includes the ways in which our cultural values and social interactions are connected to wild species and places. 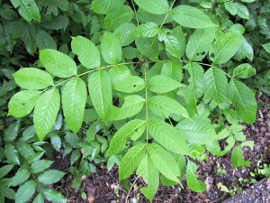 Relational value is the outer layer of the Russian nesting doll of nature’s values. For Chinook salmon, polar bear and black ash, the added value of these species, beyond their intrinsic, transformative, aesthetic and use value, can be attributed in part to their connections to people who live in the West, in the North and in Eastern Canada, now and in the deep past.

Polar bears are more than a source of revenue to the guides that help hunt them, and to their families and communities — the bears are deeply embedded in the culture of people who live with them. More recently and most expansively, polar bears also carry much of our collective climate change angst on their backs.

Of course, the 40 scientists who gathered in Ottawa to determine the status of polar bears were well aware of the importance of these animals to many people. But we tried not to allow that to affect our deliberations. Our role was only to consider the evidence for the future of polar bears, based on the best available information from scientific research and Indigenous traditional knowledge. We spent nearly as long trying to figure out the status of a beetle.

As people, though, we all see the many and layered values of biodiversity. Many species may only harbour intrinsic value, but not everyone sees it that way, and it’s hard to trade this value against other things we might care about. Other species become more interesting as we learn about them, or they might be useful, and these attributes in turn can support relational values, many of which can be deeply cultural. Cultural values can, and do, change.

So, if we lose a species or a wild space, what do we lose? It’s worth having a conversation about this because there is no doubt that nature is changing, both fast and in many ways: the weather is becoming more extreme, the natural world is becoming warmer, wetter (or drier), more connected, and, critically, it is shrinking. These changes are going to affect all creatures, usually to their detriment. So we will likely lose some of them, particularly those we do not value enough.