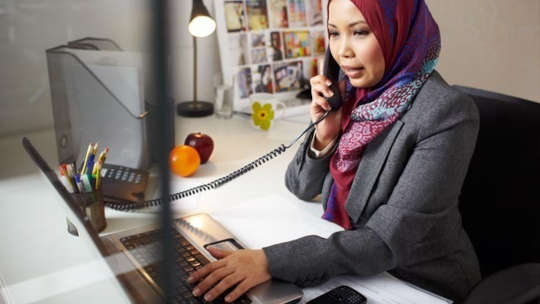 An impossible standard is at the root of gender inequalities in the workplace, according to two new studies on inflexibility and discrimination against mothers.

The research papers, published separately (first, second) in Demography, demonstrate how inflexible schedules and biased hiring practices, combined with gendered cultural norms around breadwinning and caregiving, lead to discrimination against mothers and perpetuate existing gender inequalities in the workplace.

The research also forewarns why mothers may face increased workplace discrimination post-pandemic, according to Patrick Ishizuka, assistant professor of sociology at Washington University in St. Louis.

“The pandemic has further opened our eyes to the struggles that working parents face—particularly mothers,” Ishizuka says.

“Mothers have disproportionately shouldered the burden of caregiving during the pandemic. As a result, they also have been more likely to drop out of the labor force, reduce their work hours, or utilize family leave provisions made possible through the Families First Coronavirus Response Act. And for parents who have been able to work remotely, their parental status has been more salient than ever before with kids showing up on Zoom or being heard in the background.

“My concern is that instead of creating policies to support families, employers will be more likely to discriminate against mothers because they will view them as less committed to their jobs,” he says.

Previous research into employer discrimination against mothers in the hiring process has focused exclusively on college-educated women in professional and managerial occupations. Little was known about whether less educated mothers navigating the low-wage labor market experience similar disadvantages.

To study discrimination across the labor market, Ishizuka conducted a field experiment in which he submitted 2,210 fictitious applications to low-wage and professional/managerial jobs in six US cities. For each position, he submitted two similarly qualified applications. The only difference was that one application included signals of motherhood, such as Parent Teacher Association volunteer work, while the other application—also for a female candidate—listed volunteer work in an organization that was unrelated to parenthood.

“The findings demonstrate that discrimination is not limited to women with college degrees in time-intensive professional occupations,” Ishizuka says. “Across labor market segments, mothers appear to be similarly disadvantaged at the hiring stage.”

And the estimates of discrimination against mothers are likely conservative because childless female applicants do not signal that they are not parents, Ishizuka says. Some employers are likely to assume that these applicants also have children.

According to Ishizuka, discrimination against mothers likely results from conflict between the perceived time commitments necessary to be a “good mother” and an ideal worker. Whereas many professional and managerial workers are expected to work all the time, low-wage service workers are increasingly expected to work at any time, he says.

“Inflexibility in work hours generates work-family conflict that ultimately pushes mothers out of the labor force.”

“Cultural norms that mothers will assume primary responsibility for children are in direct conflict with the norms that workers should be free of family obligations,” Ishizuka says. “Employers often question mothers’ commitment and ability to work long or variable hours and travel. Not surprisingly, fathers do not face the same questions.”

Ishizuka also found evidence that employers discriminate more strongly against mothers when certain demands are listed in job ads. In the study, mothers’ probability of receiving a callback were 5.7, 6.6, and 13.6 percentage points lower when time pressure, collaboration, and travel requirements, respectively, were listed in professional/managerial job ads.

“Along with time pressure, collaboration requirements limit flexibility over when and where work is performed, requiring workers to be around more workers and clients at specific times,” Ishizuka says.

“If employers assume that mothers will be less able to meet inflexible time demands, they may discriminate more strongly against mothers when jobs require collaboration. These types of job demands are especially common in professional and managerial occupations.”

In low-wage service jobs, employers appear to discriminate similarly against mothers regardless of whether nonstandard hours—such as nights or weekends—are required. However, when job ads indicated scheduling instability, mothers were 10.1 percentage points less likely to receive a callback than childless women.

In a separate paper, Ishizuka and coauthor Kelly Musick of Cornell University, studied how the structure and compensation of work hours shapes gender inequality in the labor market. Using individual data from recent, nationally representative panels of the Survey of Income and Program Participation, along with occupational characteristics data from the American Community Survey, Ishizuka and Musick examined the effect of occupational inflexibility on employment for new mothers, fathers, and childless women.

They found that women who worked in occupations with higher shares working 40-or-more hours per week and occupations that paid higher wage premiums for longer hours prior to a first birth were significantly less likely to be employed post-birth. They found no similar relationship between inflexible work hours and employment for fathers or childless women.

“[The] results illustrate how individual employment decisions are jointly constrained by the structure of the labor market and persistent gendered cultural norms about breadwinning and caregiving,” the authors write.

“Inflexibility in work hours generates work-family conflict that ultimately pushes mothers out of the labor force.”

The findings are important because even short work interruptions can result in substantial long-term wage and career costs and make it difficult for mothers to find future employment. Policies and workplace structures that enable more mothers to maintain employment post-birth could move the needle on closing the gender-wage gap.

According to Ishizuka, part-time work is not a viable option in most careers because company-provided health insurance is contingent upon working full time and hourly rates are often cut substantially for part-time employees.

In contrast, many European countries have reduced their standard full-time workweek to a more family-friendly range below 40 hours. Additionally, employees in these countries have the right to reduce work hours without fear of losing their job or facing discrimination. Not coincidentally, women’s employment is higher in countries with policies that support flexible work time.

“Our research shows that gendered patterns of work in the home and labor market continue to be shaped by cultural norms that tie fatherhood primarily to full-time employment and motherhood to time-intensive, child-centered caregiving.” Real Security Is An Inside Job: When Fear Knocks at Your Door

by Pierre Pradervand
In a world immersed in urgency, with alarm bells ringing left and right and dire predictions for…